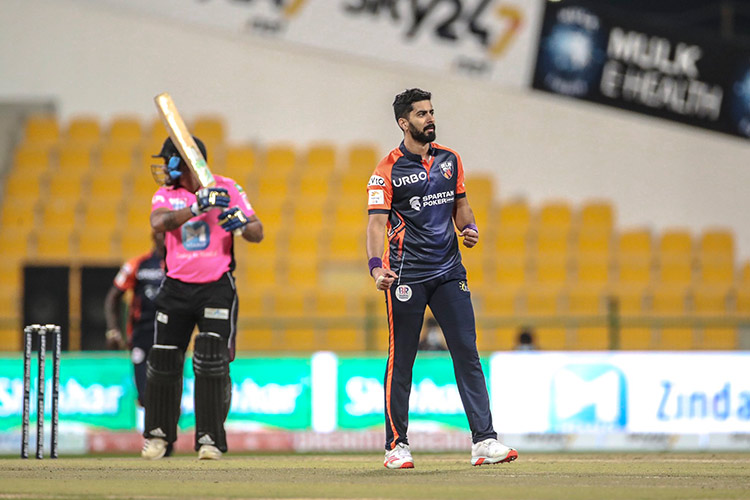 Delhi Bulls captain Dwayne Bravo was full of praise for his bowler Ali Khan, who wreaked havoc against Pune Devils.

Ali bowled a splendid spell, claiming three wickets without conceding a single run to set up an eight-wicket victory against Devils.

Riding on his mesmerising bowling performance, Bulls restarted Devils to a paltry 57/8 and romped to victory for the loss of just two wicket with 32 balls to spare.

“He is very impressive. He is someone, I believe, who has a lot of talent. The way he bowled today, with the great pace and variation and picked up wickets was superb,” said Bravo of Ali.

“As a player, I always have confidence in my players and it gives them a lot of encouragement. For today, it was a special performance.

“I saw him playing in the US and called him up to play for team Trinidad. So every time, he does something good, I feel very happy,” added Bravo.

“I would like to dedicate my today’s performance to two people – Azhar Bhai and skipper Bravo,” said Ali after their victory.

“I spoke to Azhar yesterday before the match and he gave me very useful inputs. Bravo also asked me deliver something good and I also promised him to give something special,” added Ali, who ripped through the middle-order of Devils.

Apprising about his injury that he picked during the bowling, he said: “I am going get the stitches now let’s see how it feels tomorrow.

Hopefully it gets better and I can get back into the action soon,” he added.

“Pune are still a very good batting side. We just executed our plans and followed the instruction s of our coach and captain and reaped the benefits,” concluded Ali. 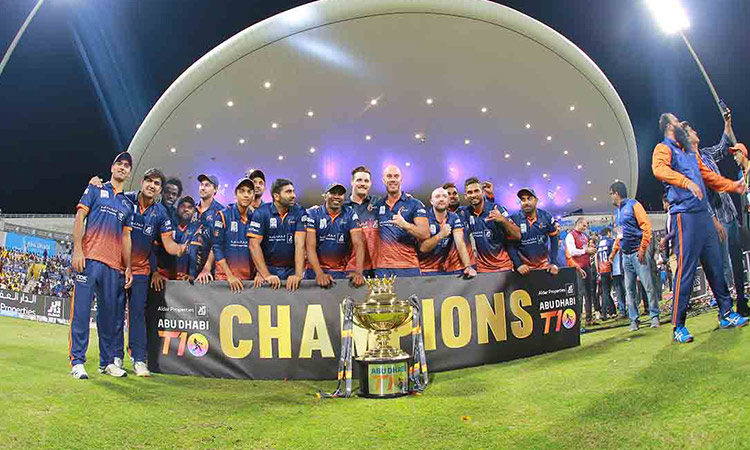 The wait for fulfilment of burgeoning demands of euphoric fans for slam-bang cricket finally comes to an end as an action-packed Abu Dhabi T10 gets under way in the UAE capital on Thursday. The top cricket stars are set to enthral the audience