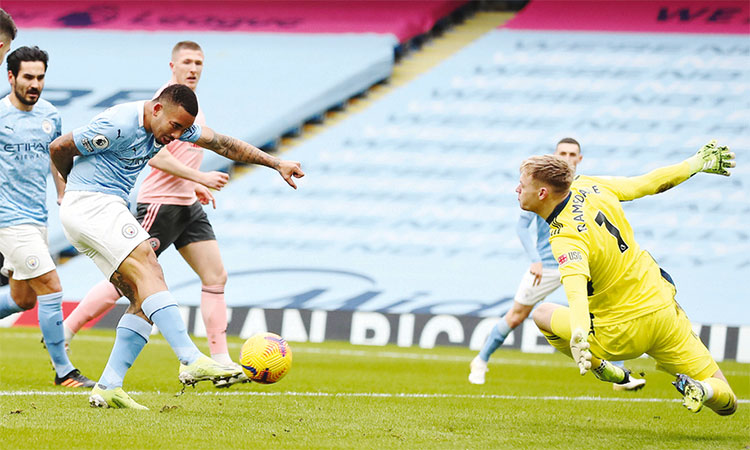 Gabriel Jesus scored the only goal inside the first 10 minutes at the Etihad to ensure a Manchester City win over bottom-of-the-table Sheffield United and help his team open up a four-point lead at the top of the Premier League. Earlier, Everton’s bid for a top-four finish was dented by a shock home defeat by Newcastle.

“It was amazing that, in this run of 12 wins in a row, still the players run and fight like animals,” Guardiola said.

“Sheffield United are a difficult opponent. We said this will be one of the toughest games of the season and it was.

City’s winning run is now up to 12 matches in all competitions and they are unbeaten in 19 games since losing to Tottenham in November.

At that stage, it was easy to believe City would struggle to feature in the title race.

But, revitalised by Guardiola’s tactical tweaks, they are in the hunt for a third English title in four seasons despite the continued absence of star striker Sergio Aguero.

City’s winning streak is the ideal preparation for next Sunday’s trip to champions Liverpool, which comes after a visit to Burnley on Wednesday.

“Everyone has to be ready. We are so humble. Ferran Torres and Gabriel Jesus are always thinking about the team. I’m so grateful for them,” Guardiola said.

“In December and January to show this consistency is amazing. We will drop points, it’s about how we overcome it.

“Hopefully we react well in the bad moments which, for sure, are coming.”

Guardiola made five changes from Tuesday’s win at West Bromwich Albion, with Jesus and Ferran Torres among the players to come in.

That pair played the key roles as City took the lead in the ninth minute.

Torres showed impressive determination to hold off challenges from two United defenders on the right edge of the penalty area as he stumbled to the turf.

Regaining his balance, Torres deftly flicked a pass through to Jesus, who took two touches to get the ball out from under his feet before slotting past Aaron Ramsdale from close range.

The Brazilian striker’s sixth goal of the season was his first in the Premier League since early November, ending a nine-game barren run in the competition.

Bernardo Silva should have doubled City’s lead when he headed straight at Ramsdale after a mistake from Ethan Ampadu.

NEWCASTLE WIN: At the other end of the table, Newcastle were the big winners of the day as they pulled clear of the drop zone with a first win in 12 games, while two of the bottom three West Brom and Fulham played out a 2-2 draw.

Magpies manager Steve Bruce’s future was under the spotlight after a wretched run that plunged his side into the relegation dogfight.

But Callum Wilson scored twice in the final 17 minutes to earn a deserved 2-0 victory at Goodison Park on a bad day for Carlo Ancelotti’s men.

Everton could have moved to within a point of local rivals Liverpool in fourth with a win, but rarely looked like scoring and were finally punished for a poor performance when Wilson lost his marker at a Jonjo Shelvey corner and looped a header across Jordan Pickford and inside the far upright.

Wilson was then denied by the post after rounding Pickford, but the former Bournemouth striker made no mistake when Newcastle countered quickly in stoppage time.

Bruce’s men are now eight points clear of the relegation zone after a point each did little for West Brom or Fulham’s battle to beat the drop.

The visitors were dominant in the first half at the Hawthorns and were made to regret not building on Bobby Decordova-Reid’s opener.

Kyle Bartley levelled for the Baggies two minutes into the second half before new signing Mbaye Diagne teed up Matheus Pereira to turn the game around.

Ivan Cavaleiro’s equaliser ensured Fulham remain above West Brom in 18th and edged to within four points of safety.

Crystal Palace eased fears they could be dragged into a scrap for survival as Eberechi Eze’s winner earned the Eagles a 1-0 win over Wolves to move up to 13th. 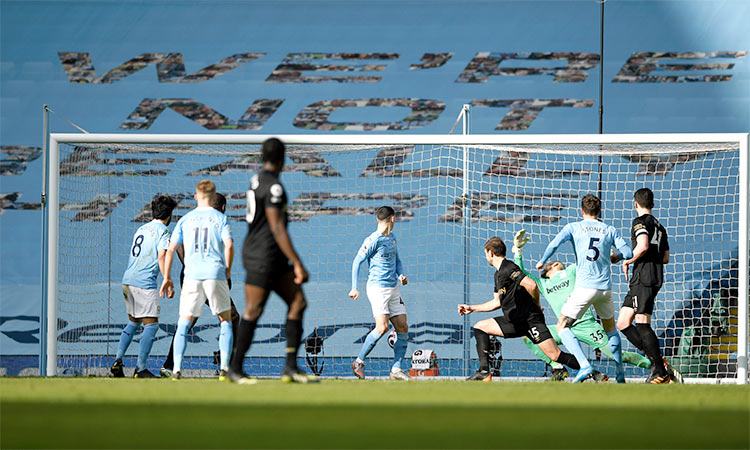