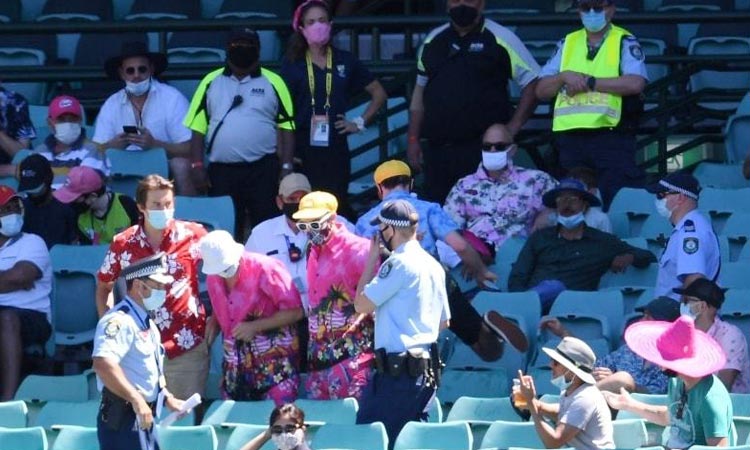 Police remove a group of spectators from their seats after Mohammed Siraj of India complained to umpires of being racially abused at the SCG, Sydney. File/Reuters

A Cricket Australia probe on Wednesday concluded Indian players were racially abused during the third Test at the Sydney Cricket Ground, but cleared six people who were kicked out of the stadium.

The following day, play was halted for close to 10 minutes when Siraj ran from the fine leg boundary towards the umpires, pointing into the crowd.

Six men were removed from their seats, but they have now been cleared.

“CA confirms that members of the Indian cricket team were subjected to racial abuse,” the governing body's integrity chief Sean Carroll said in a statement.

“CA's own investigation into the matter remains open, with CCTV footage, ticketing data and interviews with spectators still being analysed in an attempt to locate those responsible.”

But it added: “CA's investigation concluded that the spectators filmed and/or photographed by media in the Brewongle Stand concourse at the conclusion of the 86th over on day four of the Test did not engage in racist behaviour.”

The tense four-Test series, which India won 2-1, was marred by the allegations, with veteran India spinner Ravi Ashwin saying it was not the first time there had been issues in Sydney.

“It's definitely not acceptable in this day and age... we must make sure it doesn't happen again,” he said.

Cricket Australia issued an apology to India at the time and said anyone found guilty of abuse would face consequences, including bans, other sanctions and referral to police.

The findings have been forwarded to the International Cricket Council, while NSW Police's investigation is continuing. 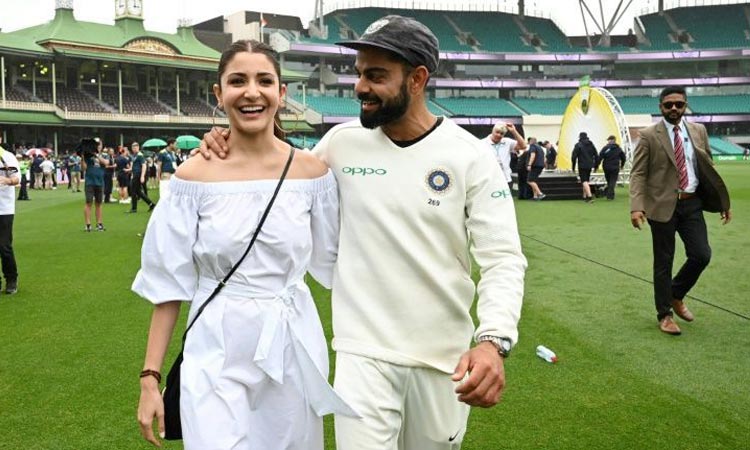 Kohli will leave the tour after the first of four Tests, due to start in Adelaide on Dec.17, for the birth of his first child with Bollywood actress Anushka Sharma.