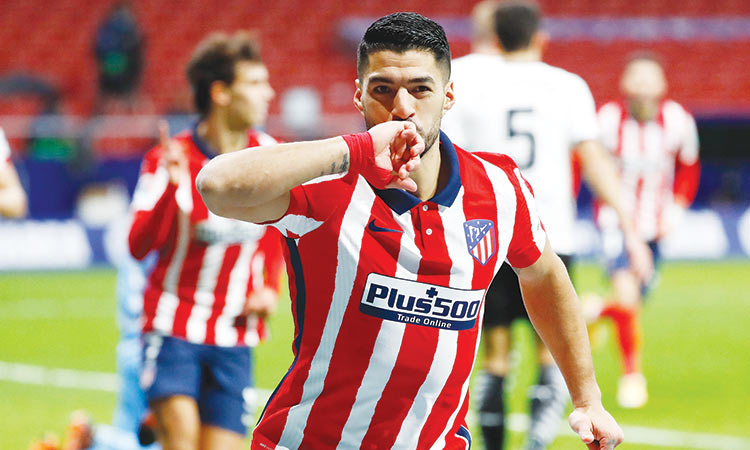 Atletico Madrid’s Luis Suarez celebrates after scoring against Valencia during their Spanish League match at the Wanda Metropolitano in Madrid on Sunday. Reuters

Atletico Madrid came from behind to beat Valencia 3-1 on Sunday and move seven points clear at the top of La Liga after Uruguayan star Luis Suarez scored a brilliant team goal, their second on the night.

Real Madrid’s earlier thrashing of Alaves on Saturday followed by Barca’s scrappy victory over Elche did not deter Atletico, as their considerable advantage was restored again, with a game in hand.

“We don’t get carried away or think too far ahead, we think about getting better,” said Atletico coach Diego Simeone.

Suarez finished off a flowing move that had started almost on Atletico’s goal-line before substitute Angel Correa capped another slick string of passes to end Valencia’s resistance.

The visitors had taken an early lead in stunning fashion, Uros Racic curling into the top corner from 35 yards but Joao Felix equalised and Atletico came back, in a way that has begun to feel expected.

Felix was replaced by Correa after an hour by Simeone after assisting Suarez and scoring a goal for himself that should send a message to his coach, who has handed the 21-year-old a spell on the bench in recent weeks.

“It’s not written that footballers have to play 90 minutes,” said Simeone.

“Joao scored a goal, made an assist, he came off and on came Correa, who scored a goal and was close to another. The competition is healthy.”

Simeone knows the pressure will mount as the La Liga trophy comes more into view, yet his team are showing an assuredness now that is offering little encouragement for Barcelona and Real Madrid.

They had hope when Valencia took the lead on 11 minutes, Racic running onto Jose Gaya’s pass and wrapping his left foot around the ball to send it bending into the top right-hand corner.

He celebrated by seeking out his under-pressure coach Javi Gracia, but the advantage was short-lived as Felix stabbed in on the volley at the back post after holding off his marker Thierry Correia from a corner.

With the more attacking Renan Lodi and Yannick Carrasco playing left and right wing-back in the second half, Atletico opened up Valencia twice with two superb, sweeping moves.

The first started in their own right corner with Stefan Savic, the ball played across the back and into midfield where Mario Hermoso drove a searching pass forward to Felix on the left. He slipped in Suarez, who opened his body and finished from the angle.

It was no fluke because the third goal was almost as good, some slick passing through midfield freeing Marcos Llorente down the right and he pulled back for Correa to sidefoot in.

CELTA HELD: Celta Vigo was held 1-1 against Eibar to extend its winless streak to five matches in all competitions. It had lost four straight, including against third-division club Ibiza in the second round of the Copa del Rey. Its last league win was in December.

Celta sits in ninth-place, while Eibar stayed 15th, not far from the relegation zone.

OSASUNA WINS: Osasuna snapped its own 13-game winless streak with a 3-1 victory over Granada.

Ante Budimir scored a pair of first-half goals for the hosts, who hadn’t won in the league since October.

The win moved Osasuna out of the relegation zone, while Granada stayed in seventh place. 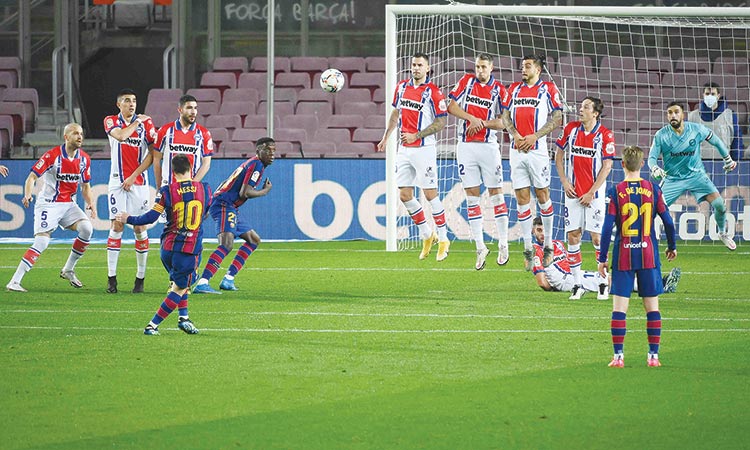 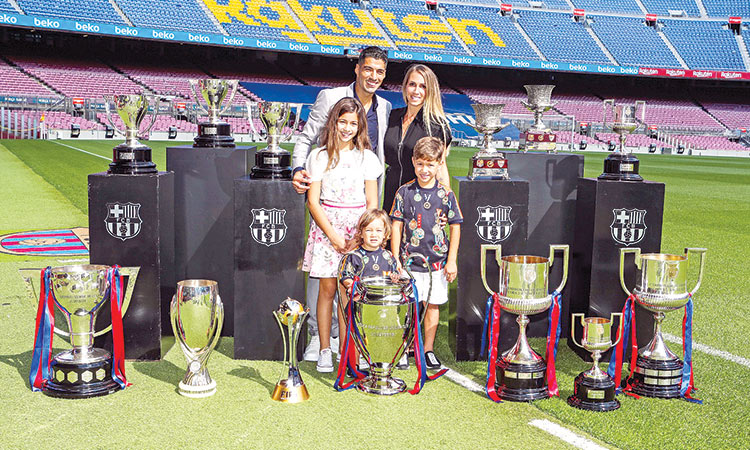 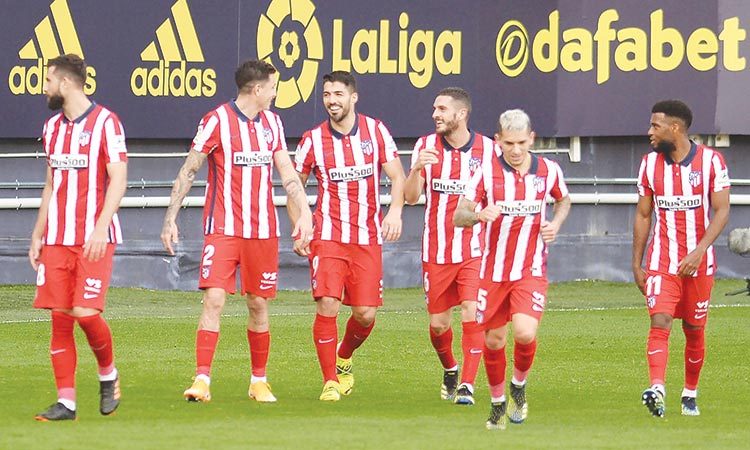