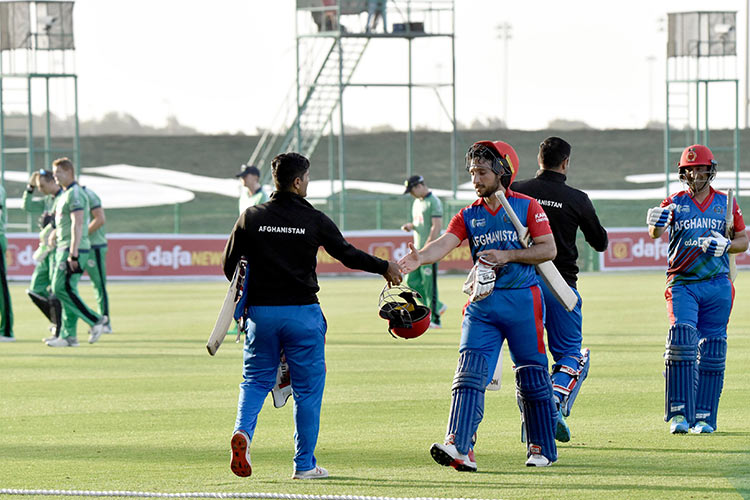 Afghanistan’s Rahmat Shah leaves the field after their victory over Ireland in Abu Dhabi on Sunday.

With the second consecutive victory in the four-match series, Afghanistan took an unassailable 2-0 lead in the series.

Chasing a target of 260, Afghanistan went over the line for the loss of just three wickets with 4.4 overs to spare.

The final total of 260/3 was built in large part during 184-run partnership with Shah and Hashmatullah Shahidi, and took the wind out of Ireland who had seen Paul Stirling score 128 to help them to 259/9.

Opting to bat first, Ireland had a forgettable start to the second ODI when they lost the experienced duo of Kevin O'Brien and Andy Balbirnie inside four overs. Mujeeb Ur Rahman first removed O'Brien with a carrom ball. O'Brien, who tried defending, ended up edging it to Gulbadin Naib at slip.

In his next over, Mujeeb then dismissed Balbirnie by trapping him in the front as the batsman missed the sweep shot.

At 20/2, Ireland looked in dire straits but the experience of Stirling came in handy. The senior batsman first stabilised his side's innings and waited for the bad balls to play his shots.

He got a lifeline on 29 when he was dropped by Naib off his own bowling. He again survived an lbw appeal on 33 when replays showed that the ball was clipping top of off but was saved by the umpire's call, which had gone in the batsman's favour.

His partner at the other end, the young Harry Tector, played the supporting fiddle and batted cautiously. There was a long spell of 11 consecutive dot deliveries when Mohammad Nabi and Rashid Khan were bowling in tandem but the Ireland batsmen held on.

Tector was finally done in by Naveen-ul-Haq, who came into the attack and forced the batsman to chip a fuller ball straight to mid-wicket.

He had put 84 runs with Stirling for the third wicket.

Meanwhile, Stirling was batting at his best, slowly gaining in confidence. He converted his 25th ODI fifty into his 11th century in the format – equalling William Porterfield's record of the most ODI tonnes for Ireland. He also combined with Curtis Campher to put up a century stand for the fourth wicket.

Despite losing Stirling for 128 in the 45th over and a few more wickets in at the death, Ireland put up a competitive 259/9.

Naveen-ul-Haq was the pick of the Afghanistan bowlers with four wickets for 42 runs in his 10 overs.

After feeling their way in through the first three overs, the Afghanistan openers got stuck into Craig Young and Simi Singh, dispatching them routinely for boundaries and rotating the strike.

Ireland’s change of bowlers in the eighth over resulted in a breakthrough as Barry McCarthy trapped Javed Ahmadi (16) lbw with his fifth delivery and dangerman Rahmanullah Gurbaz (31) followed in the next over off Campher’s bowling to put Afghanistan 48/2.

But the Irish attack had no such luck with Shah and Shahidi at the crease, who both looked to take the fight to the bowlers.

Shah was in particularly fine form, moving the ball into all areas of the outfield and reaching his 17th ODI fifty off 48 deliveries and was finely deputized by Shahidi who brought up his own half-century in 68 balls in the 33rd over.

The duo ticked past their previous best third-innings partnership total in the 39th over, before Shahidi was eventually dismissed by Simi Singh for 82, topping a short-pitched delivery to a diving Young at long-off.

Shah brought up his fifth ODI tone the following over, sending McCarthy to the boundary, and was assisted by Asghar Afghan as the pair chased down the final runs, with Afghan hitting two sixes and a four to finish not-out on 21 from 13 deliveries. The third and final ODI in the series takes place on Jan.26. 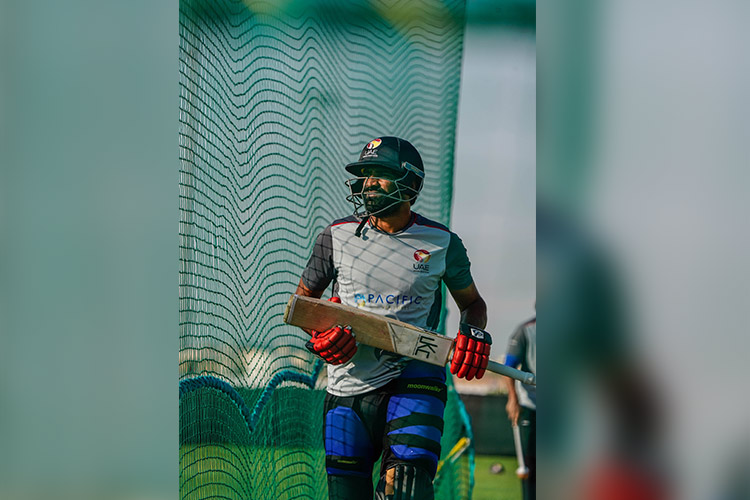 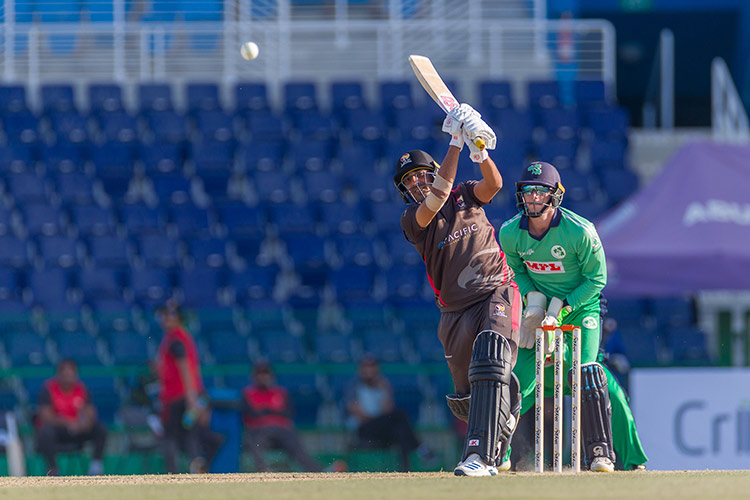