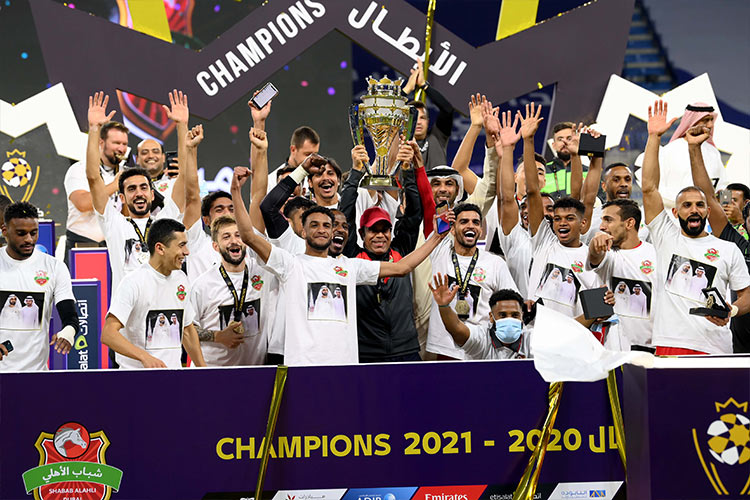 Shabab Al Ahli were crowned Arabian Gulf Super Cup champions for the fifth time in their history after defeating Sharjah 1-0 thanks to Mohammed Marzooq’s last-minute goal at Al Maktoum Stadium on Friday night.

The first real chance of the game fell to Shabab Al Ahli striker Igor Jesus, after he received a cross inside the box, but his close-range effort went wide only two minutes into the game.

Sharjah then controlled possession for few minutes yet failed to pose real threat on Shabab Al Ahli goal. It was the Dubai-based side who wasted a valuable opportunity to earn an early lead, after Federico Cartabia’s free-kick from the edge of the box went over the bar in the 11th minute. 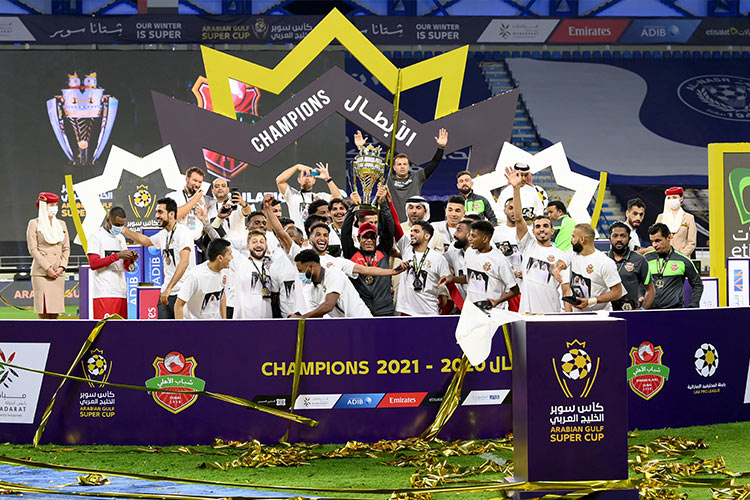 Players celebrate after the match.

As the first half progressed, Shabab Al Ahli continued to push for an opening goal, as they saw Abdulaziz Sanqour force Sharjah keeper Adel Al Hosani into a save on the 20-minute mark. Carlos Eduardo then missed another chance to break the deadlock in the 37th minute with a poor effort from the edge of the box.

Against the run of play, Sharjah nearly grabbed the lead five minutes from halftime, as Welliton Soares pounced on a poor clearance from Shabab Al Ahli keeper Majed Naser but failed to convert it into the back of the net, as they headed for halftime levelled at 0-0.

The early minutes of the second half saw Al Hosani deny Shabab Al Ahli from taking the lead and Shabab Al Ahli defence block two successive attempts from Sharjah. Both teams looked cautious afterwards, as most of the play was limited to midfield with few chances created on both sides in the next 20 minutes.

With 20 minutes to go, Yahya Al Ghassani failed to put his foot through the ball following an impressive individual effort from Carlos Eduardo. 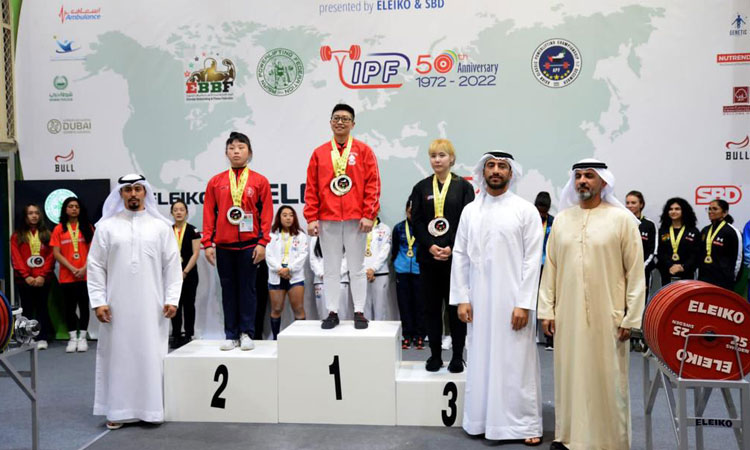