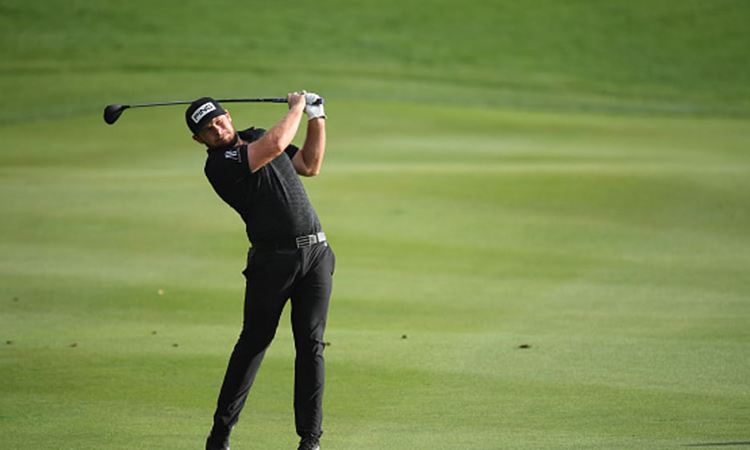 The Englishman put on a short game masterclass, carding one eagle -- his third of the week -- four birdies and a single bogey in the first 13 holes of his second round before fading light suspended play just before 6pm local time.

The World Number Nine, whose three Rolex Series wins to date came at the 2017 Italian Open, the 2019 Turkish Airlines Open and the 2020 BMW PGA Championship on home soil, will resume his round at 7.30am on Saturday on 12 under par, with a huge gap between himself and his four nearest challengers on seven under -- a group comprising first round leader Rory McIlroy and Romain Langasque, who must also put the finishing touches to their second rounds on day three, and early clubhouse leaders Jazz Janewattananond and Jason Scrivener.

Janewattananond and Scrivener were out early to finish their first rounds on Friday morning after Thursday’s fog delay of almost three hours forced them to play catch up.

After Scrivener shot a 67 and Janewattananond signed for a 68 in their opening rounds, they were soon back out to begin their second rounds.

And although they could not reach McIlroy’s eight under par first round total, they both went into the clubhouse on the back of closing birdies as Scrivener made a 70 and Janewattananond managed a 69.

But a fast start from Hatton, who had begun the day on seven under after Thursday’s spotless 65, saw him charge clear of the rest of the field at Abu Dhabi Golf Club.

The 29-year-old followed up the two eagles he had made on day one with another from 22 feet on the second but dropped his first shot of the tournament at the very next hole.

He bounced back in style, though, reeling off four birdies in a row at the seventh, eighth, ninth and tenth to open up a five shot lead.

After sending his tee shot to 16 feet at the par three seventh, Hatton rolled in the birdie putt before making another gain at the long eighth courtesy of a brilliant approach shot from a fairway bunker.

He closed his front nine by holing a six foot putt for birdie before converting another birdie chance at the par five tenth.

Hatton’s confidence levels were clearly sky high as he went straight for the cup from 63 feet on the 11th green but his lengthy birdie try hit the hole and did not drop. After making pars at the 12th and 13th, Hatton hit his tee shot at the 14th into a bunker moments before the hooter sounded.

Hatton said: “I’m obviously in a great position at the moment.”

Frenchman Langasque came agonisingly close to making the first hole-in-one of the new Race to Dubai season as his tee shot at the 15th whistled past the hole. He would tap in for a birdie there to get to eight under before giving the shot straight back on the very next hole.

Four time Major Champion McIlroy reached ten under in the early stages of his round after making birdies at the first and third but followed up a bogey at the fourth with a double bogey on the fifth to slip off the top of the leaderboard.

He then mixed two more birdies with two bogeys to sit in a tie for second with four holes still to play. 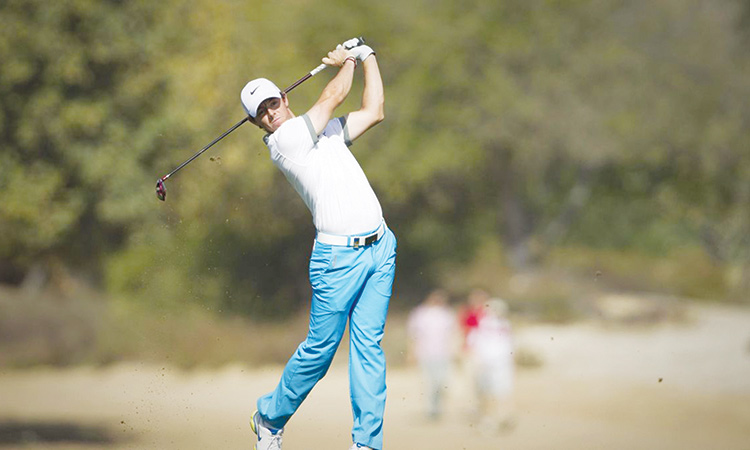 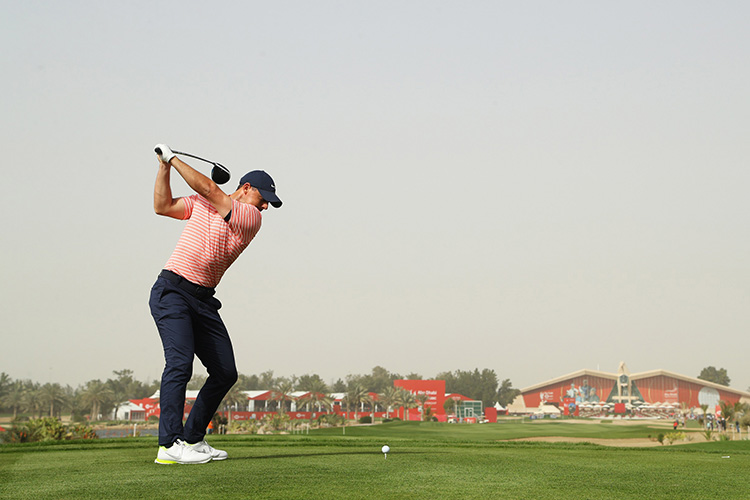