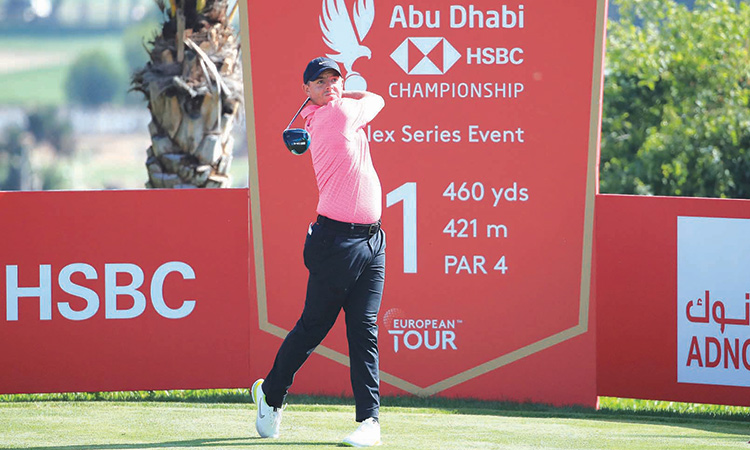 Rory McIlroy tees off on the 11th hole during the opening day of the Abu Dhabi Golf Championship on Thursday.

Rory McIlroy shot an impressive bogey-free 64 to take the clubhouse lead at the Abu Dhabi HSBC Championship, the first Rolex Series event of the year, after fog delayed the start of round one at the Abu Dhabi Golf Club.

The Northern Irishman has previously finished runner-up on four occasions in Abu Dhabi and will be hoping to finally lift the famous Falcon Trophy after an impressive start to his 2021 Race to Dubai season.

Starting on the back nine, the four-time Major champion rolled in birdies on 10 and 12, consistently created opportunities throughout his round to finish with a clean scorecard and eight birdies in total.

Playing alongside McIlroy was defending champion and reigning European Number One Lee Westwood, who opened with a solid three-under par 69 to get his title defence off to a decent start.

World Number Three Justin Thomas was part of the eye-catching three ball of McIlory and Westwood, with the Major champion signing for a one-over-par 73 in his debut in the UAE at the prestigious Rolex Series event.

World Number Nine Tyrrell Hatton finished the day one shot off the lead, with three birdies and two stunning eagles on 10 and 18. The Englishman became only the second player to win three Rolex Series events last summer and is nicely poised to add Abu Dhabi to the list of Rolex Series triumphs.

Two-time Abu Dhabi HSBC Championship winner Tommy Fleetwood was amongst a cluster of players that will finish their first round on day two after early morning fog delayed proceedings.

UAE number one golfer Ahmad Skaik made his reappearance at the Abu Dhabi Golf Championship and he produced a steady round of 76 to finish four-over.

After his round, Rory McIlroy said:

“I think I started off really well. I felt like I drove the ball well for the most part. Hit a lot of nice iron shots. It was probably the best I’ve putted these greens in Abu Dhabi in my whole career.

“I knew 65 is the best I’ve shot here, and I’ve shot it a few times, so I thought let’s try to go one better on the next nine and I was able to do that, it was obviously a lovely way to start the year.”

Commenting on his eagle on 10, Tyrrell Hatton said:

“Two good shots. It’s not often you’re hitting 3-wood to five feet and a nice one to start the day. I’m really happy with that. I think I got away with it, ten holes, I hit one fairway, so that wasn’t ideal.

“The wind certainly picked up as the round went on, which I think the guys going out this afternoon, it’s going to be a lot tougher for them. Obviously, I can only play with what’s in front of me and I’m happy with the job I managed to do in the end.”

First staged in 2006, the Abu Dhabi HSBC Championship is hosted at the iconic Abu Dhabi Golf Club for the 16th consecutive year from Jan.21-24, 2021, with a prize fund of S$8 million and 8,000 Race to Dubai points available.

The Rolex Series is the premium event category on the European Tour’s International Schedule, comprising four tournaments in 2021, staged in a variety of world-class golfing locations, each with a minimum prize fund of S$8 million and 8,000 Race to Dubai points available.

Showcasing innovation, enriched media, content and broadcast coverage, and a superior event experience for the world’s top players, the list of champions includes some of golf’s most distinguished names.

The Rolex Series was launched in 2017, coinciding with the 20th anniversary of Rolex’s enduring partnership with the European Tour.

In 2021, the Rolex Series comprises; The Abu Dhabi HSBC Championship (Jan.21-24), the Aberdeen Standard Investments Scottish Open (July 8-11), the BMW PGA Championship (Sept.9-12) and the season-ending DP World Tour Championship, Dubai (Nov18-21), where the leading golfer on the Race to Dubai Rankings presented by Rolex will be crowned.

The European Tour is ‘Driving Golf Further’ through our guiding principles of being innovative, inclusive and global.

Innovative: The European Tour is driving innovation in golf through the creation of award-winning content, pioneering tournament formats and the use of the latest technology and inventive fan engagement. We have recognised the need for golf to modernise for future fans and we are committed to engaging new audiences whilst respecting the tradition of our sport. 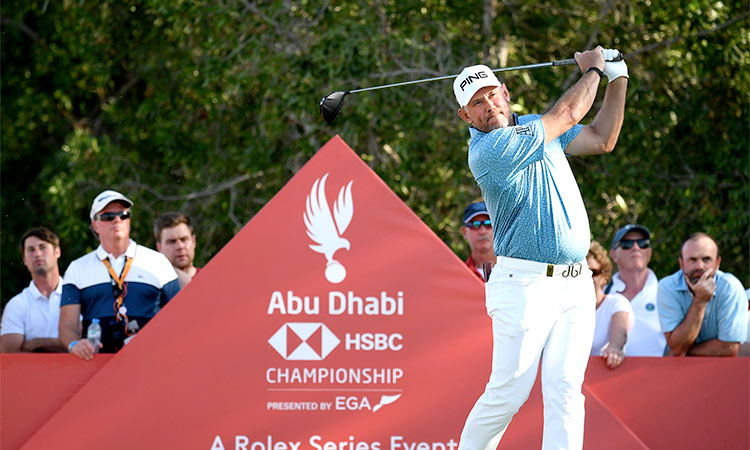 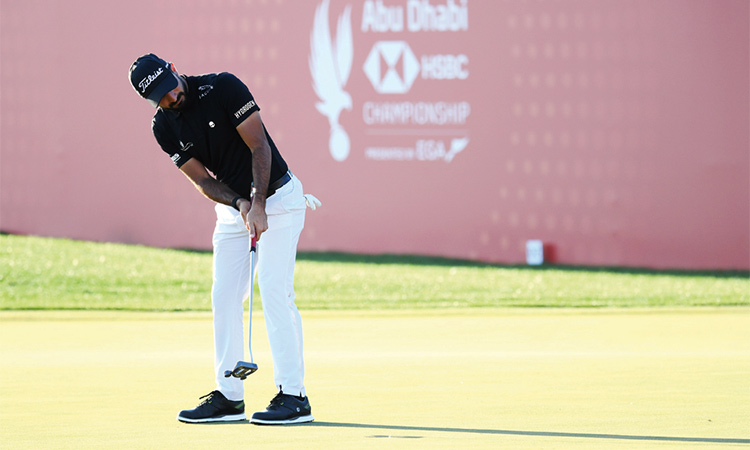 As Brooks Koepka stumbled, Francesco Laporta stepped up, firing five birdies on his last five holes on Friday to grab the lead at the $7 million Abu Dhabi Championship. 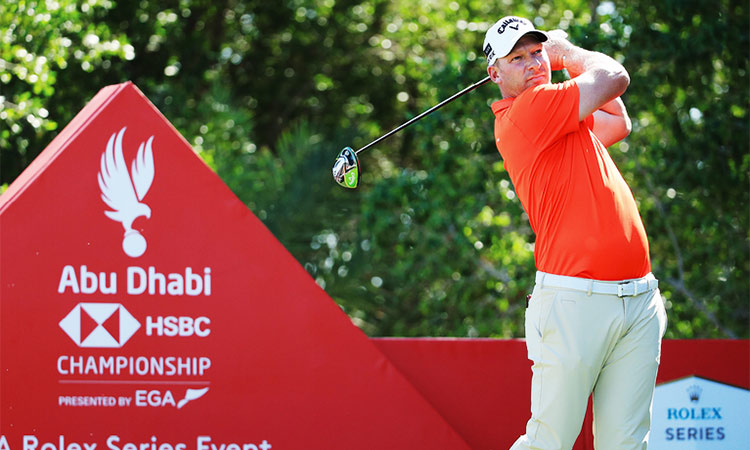 World number one Brooks Koepka made a superb comeback from a 14-week injury layoff, shooting a bogey-free six-under par 66 on the opening day of the Abu Dhabi Championship on Thursday. 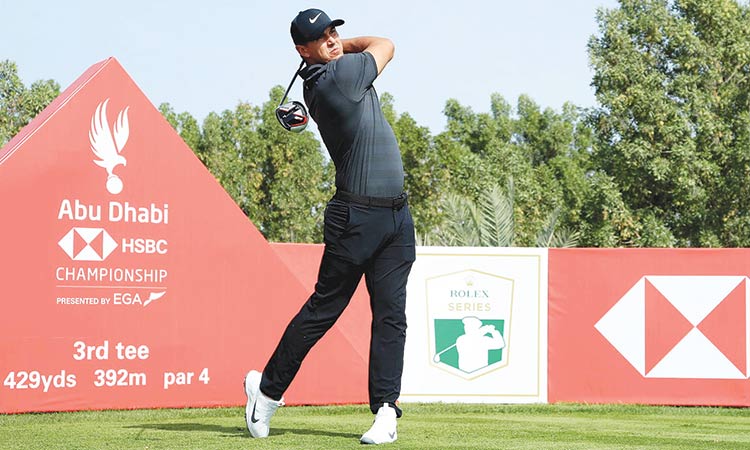 Golfing superstars Shane Lowry, Tommy Fleetwood, Brooks Koepka, Sergio Garcia, Ian Poulter and Bryson DeChambeau have on Tuesday confirmed they will be at the 2020