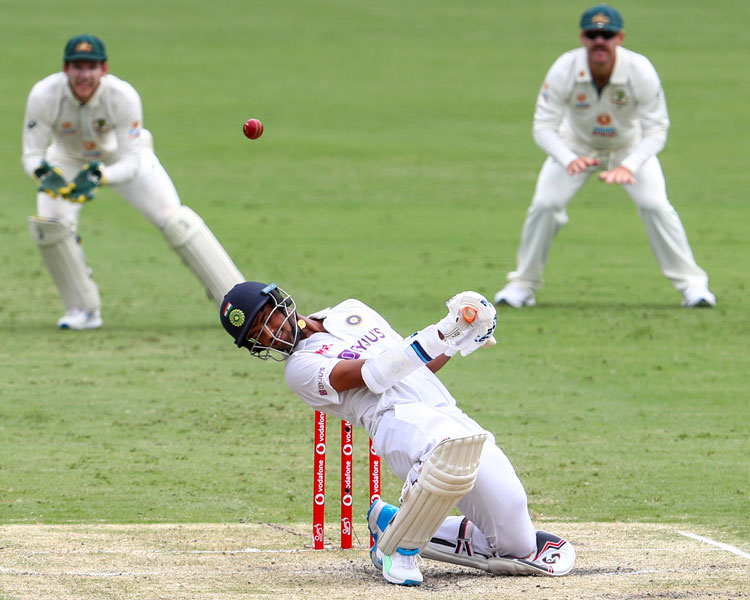 Washington Sundar ducks to avoid a bouncer during play on day three at the Gabba, Brisbane, on Sunday. AP

A pair of unlikely third-day batting heroes on Sunday gave India a fighting chance of securing the draw they need in the fourth Test against Australia to retain the Border-Gavaskar Trophy. 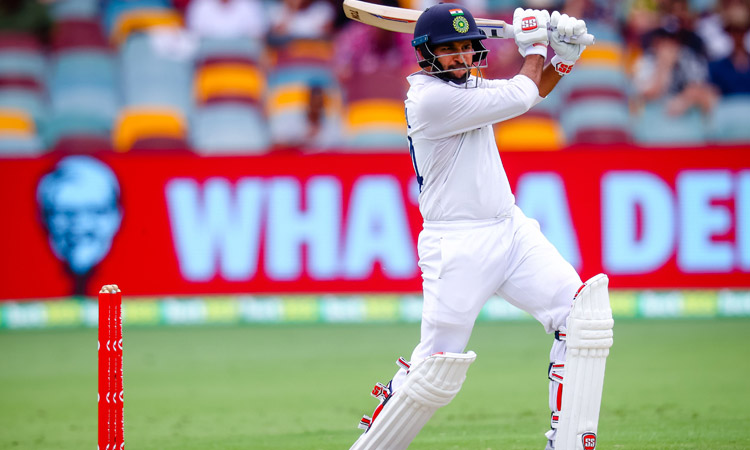 All-rounder Sundar, on debut, batted well with the tail until he guided a Mitchell Starc short ball to Cameron Green in the gully to fall for 62. By the time Mohammad Siraj was bowled by Josh Hazlewood, giving him figures of 5-57, India had reached 336, only 33 runs behind Australia's first innings total of 369.

Australian openers Marcus Harris and David Warner survived six testing overs as Australia finished the third day on 21 without loss, a lead of 54 runs with all 10 second innings wickets intact.

Without Sundar and Thakur, India would have been in far greater trouble against an Australia side who must win the match to regain the Border-Gavaskar Trophy with the four-match series locked at 1-1. The two smashed the previous seventh-wicket record for India at the Gabba of 58, set by Kapil Dev and Manoj Prabhakar in 1991. 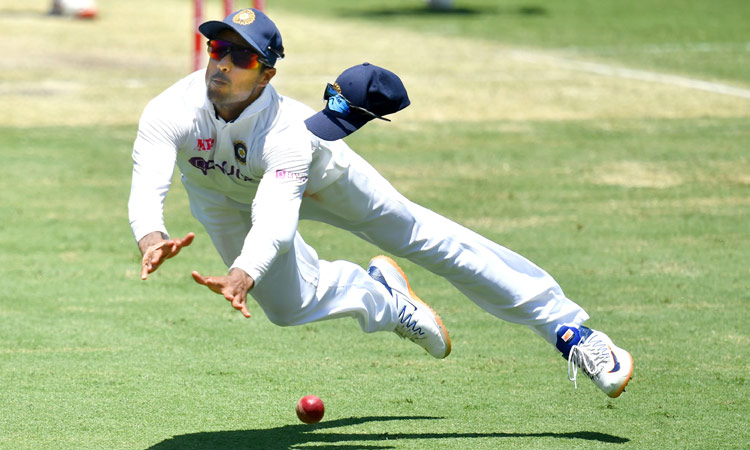 Mayank Agarwal drops a catch off the batting of Mitchell Starc. Reuters

Thakur said he used some words coach Ravi Shastri said to him before he played a match in the ODI series as inspiration. "He said if you perform in this one today you will be rewarded and people will love you for your performance — that one thing was on my mind," he said.

"That was my biggest positive and keeping those things in my mind, I just kept playing." Thakur said he and Sundar worked well with each other to make sure they kept their concentration. "If someone was losing focus or playing a loose shot we would immediately come together and say let's get back to normal and play the basics," he said.

By contrast, India's top-order batsmen all squandered chances to score heavily, with all but Shubman Gill getting starts but all except Cheteshwar Pujara falling to rash shots.

The visitors began the extended morning session on 62 for two, with Pujara and Ajinkya Rahane at the crease. Both men looked to keep the scoreboard ticking over, in contrast to Saturday afternoon, where they were more intent on survival.

They saw off Starc and Cummins but Hazlewood was introduced into the attack and produced a brilliant over which led to Pujara's downfall. 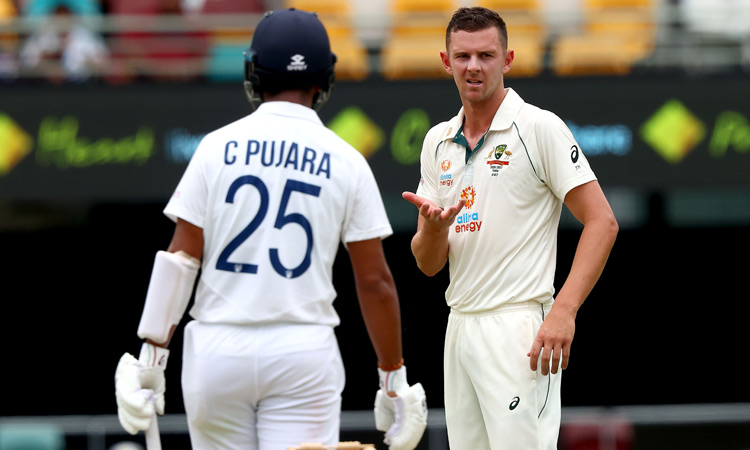 Hazlewood had Pujara in trouble when a short ball followed him as he tried to evade it, the ball hitting his glove and falling just short of Cameron Green in the gully. But two deliveries later Hazlewood got a ball to angle in, then straighten slightly to catch the outside edge of Pujara's bat and Australia's captain and wicketkeeper Tim Paine took a routine catch.

Rahane and Mayank Agarwal steadied the ship but with the lunch break in sight, Rahane couldn't resist playing at a wide ball from left-arm paceman Starc angling across his body and edged a comfortable catch to Matthew Wade at fourth slip.

The Indian captain, on 37, threw his head back in disgust at the manner of his dismissal before trudging off. The Indians began the second session at 161 for four with the dangerous Agarwal and Rishabh Pant at the crease. However, like Rahane, both Agarwal and Pant fell to injudicious shots. 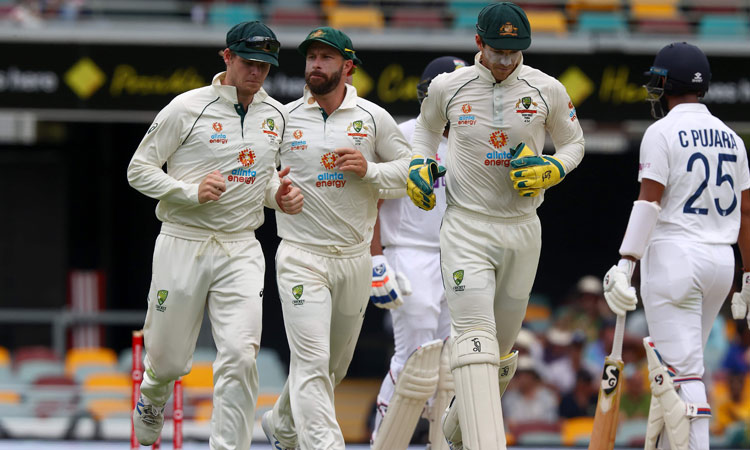 Agarwal slashed at a wide delivery from Cummins' second ball after the resumption to fall for 38, caught at second slip by Steve Smith. Then to compound India's problems, Pant did the same to Hazlewood, only to be caught in the gully by Green for 23.

At that stage Australia were in command of the Test but Sundar, playing his first Test, and Thakur, in his second, had other ideas and defied the bowling attack with a mixture of solid defence and attractive stroke making. 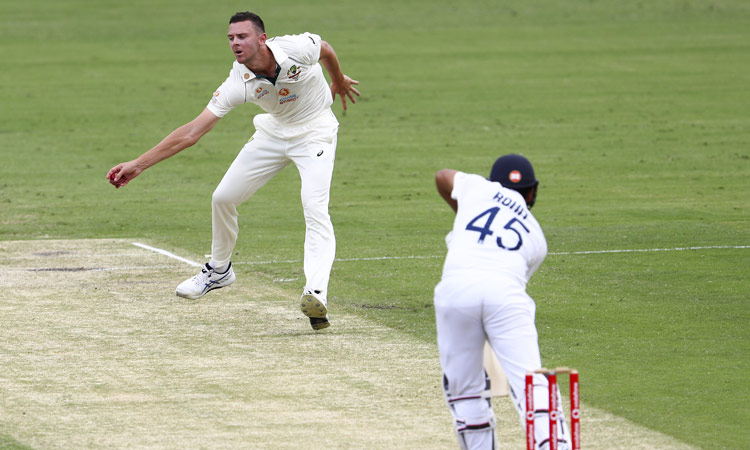 Josh Hazlewood fields the ball off his own bowling during play at the Gabba. AP

Hazlewood conceded Australia could have done better during their partnership. "We probably didn't execute as well as we could have during that period," he said. "We created a few half chances and on any other day we take those. "But credit to those two guys, they batted beautifully." 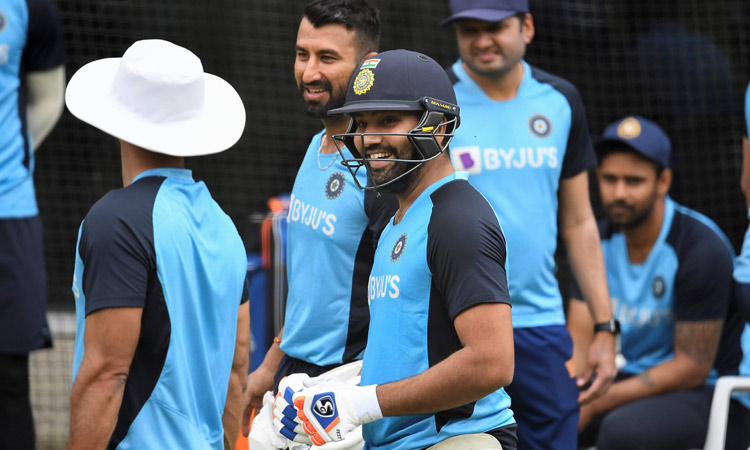 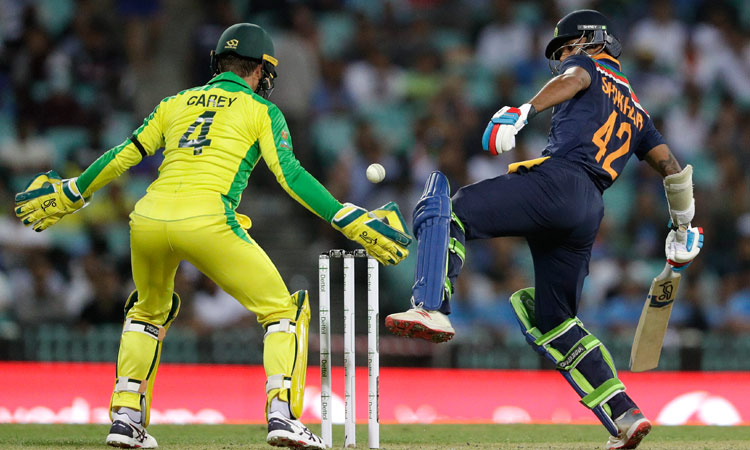