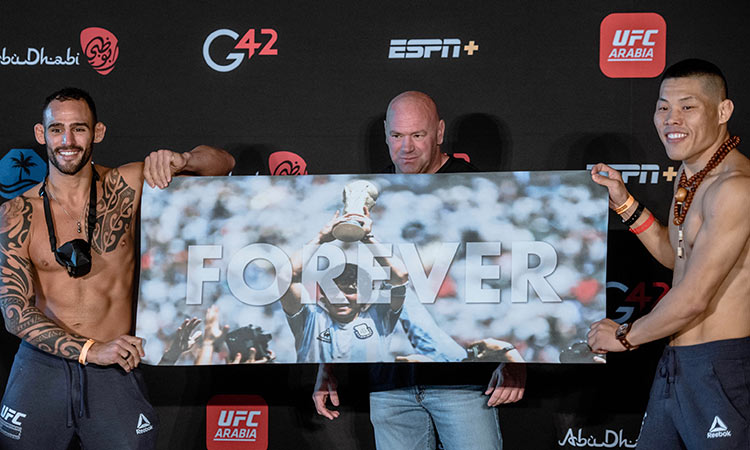 UFC star Santiago Ponzinbbio has paid tribute to Argentinian football legend Diego Maradona ahead of his appearance at UFC NIGHT in Abu Dhabi.

Ponzinbbio, who faces China’s Li Jingliang, takes to the Octagon on Saturday night as fans return to live events in Abu Dhabi for the first time since the start of the pandemic and is hoping to take inspiration from his hero.

Asked why he paraded the Maradona poster, Ponzinbbio replied: “He is one of the greatest athletes of all time, he didn’t ever sell himself – he started from nothing and dominated world football.

“He’s an inspiration because he showed nothing is impossible. He was a dreamer, like me. He started from nothing, just like me.”

UFC Fight Night, the first of three events at this Fight Island Triple Header, is headlined by Max Holloway’s featherweight clash with Calvin Kattar. Marking the Etihad Arena’s official opening, it will welcome a limited amount of spectators – the first time the UFC has hosted a live show with fans in attendance since March.

Another UFC Fight Night follows on Wednesday, with the series concluding on January 24 with a much-anticipated UFC 257 headlined by Conor McGregor's comeback against Dustin Poirier. 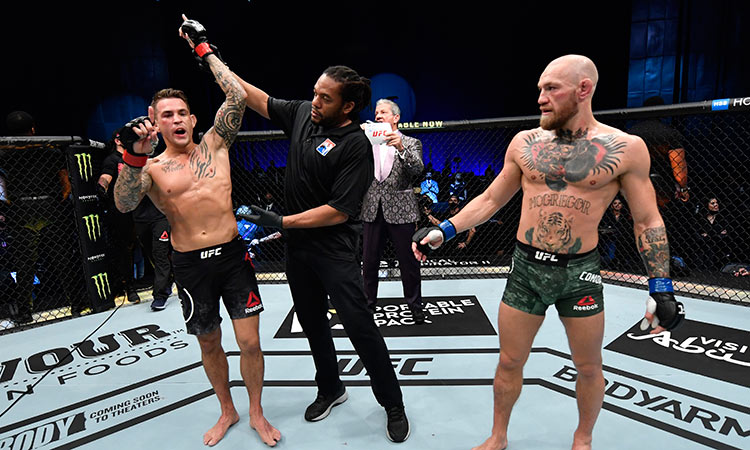 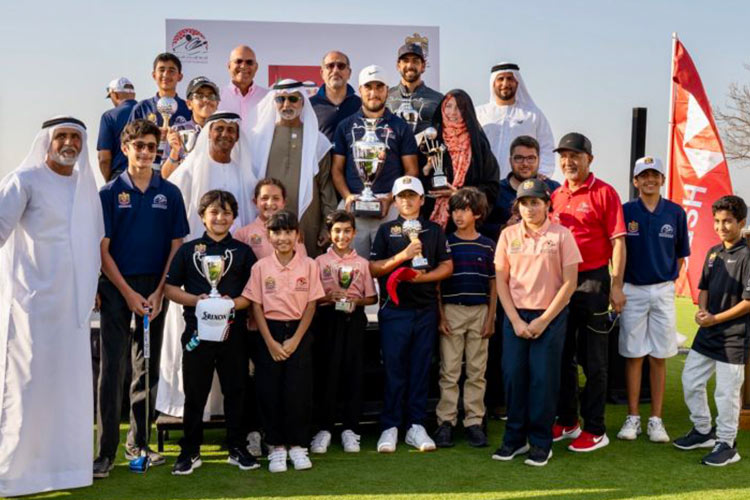