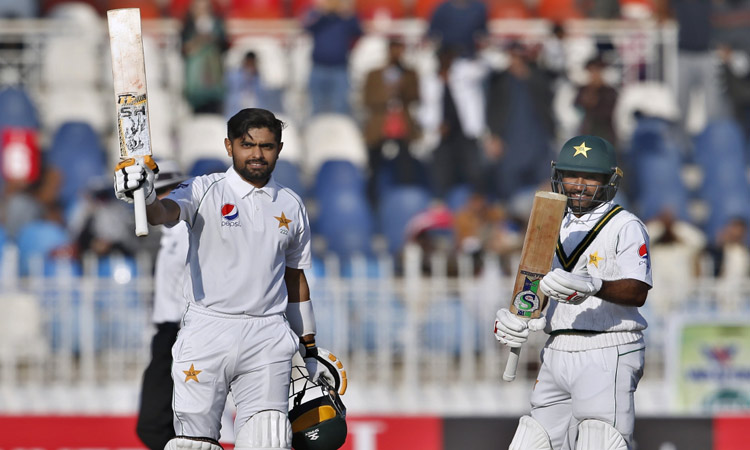 Babar Azam gestures after celebrating his century during a Test match. File

Pakistan has named nine uncapped players for their “stellar performances” in domestic cricket by including them in the 20-member squad for the two-match home Test series against South Africa that starts later this month.

The Pakistan Cricket Board (PCB) dropped batsmen Shan Masood and Haris Sohail along with fast bowlers Mohammad Abbas and Naseem Shah due to inconsistent performances.

Fast bowler Hasan Ali has regained fitness from his back problem and returns two years after last playing a test match against South Africa in 2019. Ali impressed selectors with his stellar performance this season in domestic cricket where he took 43 wickets and also scored 273 runs. 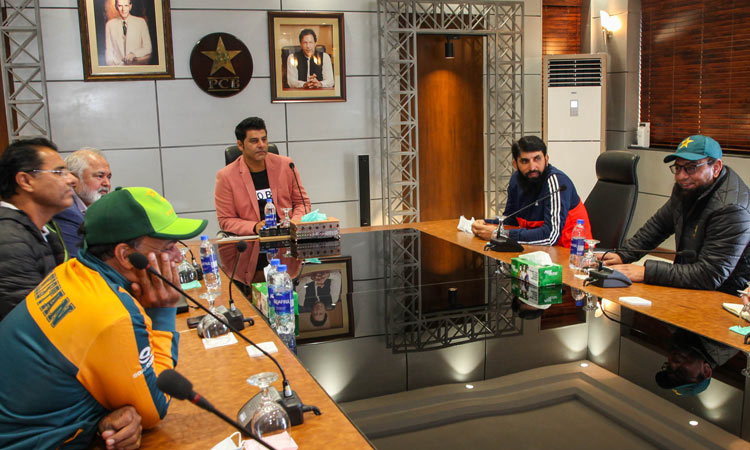 Mohammad Wasim (C) and other PCB officials during a meeting in Lahore. Twitter photo

Ghulam topped the scoring chart in this season’s premier first class tournament by scoring 1,249 runs in the Quaid-e-Azam Trophy. 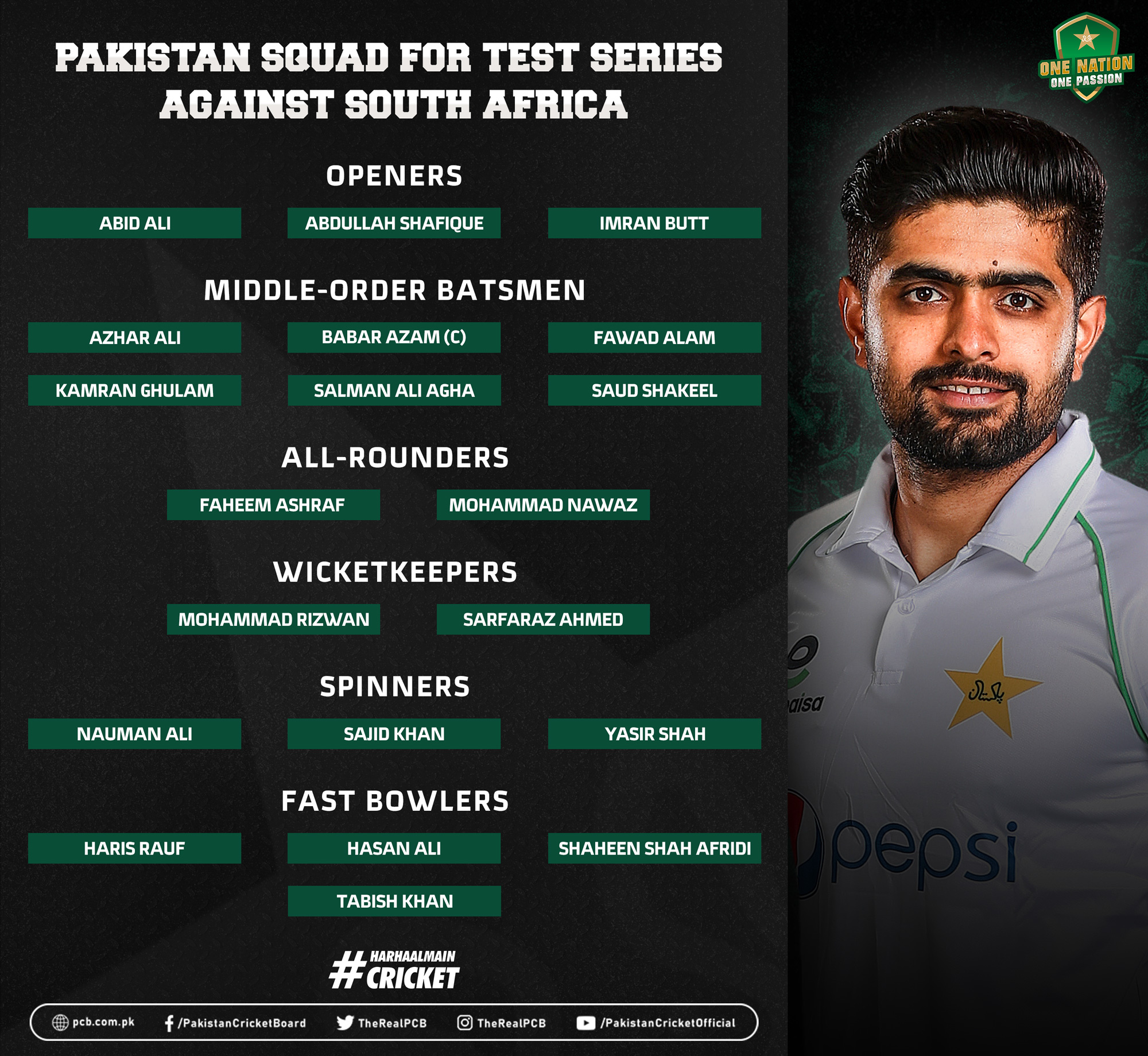 The 36-year-old Tabish Khan made his first-class debut in the 2002-03 season and has taken 598 wickets including 30 this season.

"Tabish Khan is more effective and useful in Pakistan conditions,” Wasim said. "Tabish is a workhorse who can bowl long spells with controlled line and length. He is a like-to-like replacement for Mohammad Abbas in the given conditions.”

"We have selected a squad after analysing the performance in New Zealand and areas of improvement are identified."

The changes were forced after Pakistan lost both Tests on their tour of New Zealand where they failed in all three departments of the game.

Opener Masood had managed just 33 runs in the last eight Test innings since scoring 156 against England in August, failing miserably in New Zealand where he scored just 10 in two matches with three zeros.

Left-arm spinner Zafar Gohar is the fifth player dropped from the last Test at Christchurch, which Pakistan lost by an innings and 176 runs earlier this month.
The PCB said that all 20 players now move into a bio-secure bubble in Karachi, which hosts the first test from Jan.26.

South Africa will arrive early on Saturday and after a five-day quarantine play the first Test in Karachi from Jan.26. The second Test will be in Rawalpindi from Feb.4 before three Twenty20 internationals on Feb.11, 13 and 14 — all in Lahore.

Ghulam, 25, created a new record for most runs in a Quaid-e-Azam trophy tournament with 1,249 while Sajid took the most wickets with 67. 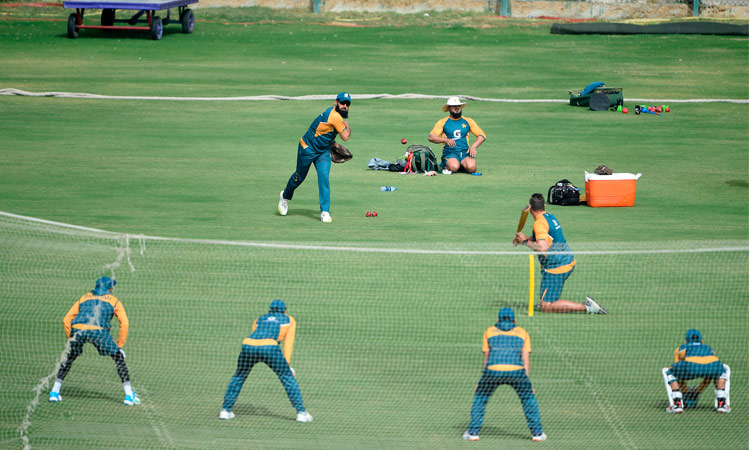