Australia in driver’s seat in 3rd Test against India - GulfToday

Australia in driver’s seat in 3rd Test against India 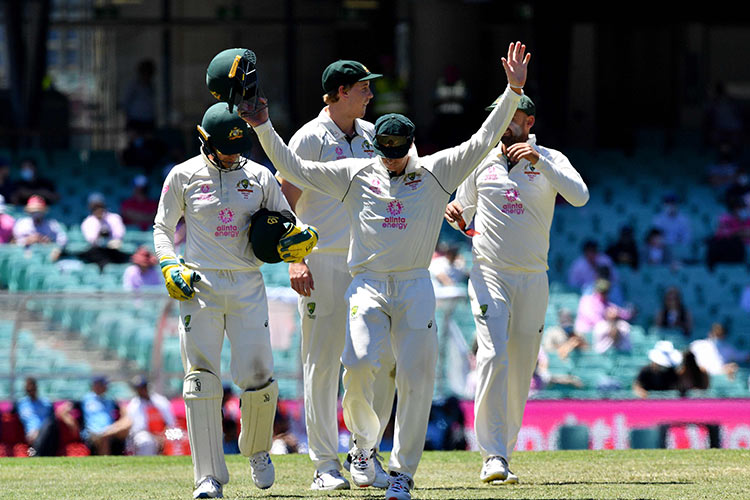 Australian players celebrate dismissal of an Indian batsman (not seen) during their third Test at Sydney Cricket Ground on Saturday. AFP

Australia bowled out India for 244 runs in their first innings to take a lead of 97 runs on the third day of the their third Test at the Sydney Cricket Ground on Saturday.

Australia were 103/2 in their second innings, stretching their overall lead to 197 runs, at the stumps on Saturday.

Steve Smith was unbeaten on 29 while Marnus Labuschagne was 47 not out at the draw of stumps.

To add to India’s woes Rishabh Pant and Ravindra Jadeja didn’t take field in Australia's second innings due to injury.

Earlier in the morning, resuming at 96 for two, the Indians lost their last eight wickets for 148 runs in the first two sessions.

Aussie pacer Pat Cummins did most of the damage taking four for 29.

Australia scored 338 runs in their first innings with Steve Smith once again leading the team with brilliant century.