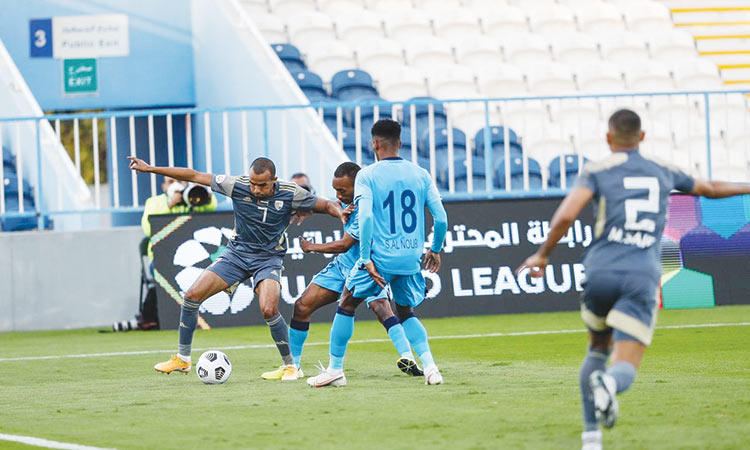 Bani Yas and Al Dhafra players in action during their matchweek 12 game of the AGL at the Bani Yas Stadium in Abu Dhabi on Friday.

Bani Yas started the new year with a 3-1 victory over Al Dhafra at Bani Yas Stadium in matchweek 12 of the Arabian Gulf League on Friday. Bani Yas were more effective in the first half and created a number of goalscoring chances.

Sultan Saeed Alshamsi opened the scoring for Bani Yas only one minute after kick off, scoring the quickest goal in the league so far. Suhail Alnoobi then doubled the lead in the 21st minute to end the first half with a 2-0 lead.

In the second half, Joao Pedro scored the third goal in the 61st minute, before Saeed Salem Alkatheeri reduced the deficit for Al Dhafra after finding the back of the net in the 65th minute, as Bani Yas earned a 3-1 win.

Bani Yas raised their tally to 23 points, while Al Dhafra remained with 15 points.

Al Nasr broke the deadlock in the 9th minute through Diaa Saba, then Al Wahda created some chances but failed to find the back of the net in the first half.

Al Wahda made a comeback in the second half, as they leveled the scoreline through Paul Jose Mpoku in the 49th minute, before Lee Myung-joo scored the second goal in the 59th minute.

Caique Jesus Da Silva netted a late equaliser for Al Nasr in the 91st minute as the match ended 2-2.

Al Wahda raised their tally to 19 points in the sixth place and Al Nasr remained in third place with 24 points.

He then doubled the Boss’ lead in the 37th minute.

Al Ain had to continue the game with 10 men, as Yahia Nader was sent off in the 43rd minute following a second booking.

Al Jazira then capitalized on Al Ain’s numerical disadvantage and eventually made a comeback, as Bruno De Oliveira reduced the deficit in the 61st minute, before Khalfan Mubarak netted the equaliser in the 63rd minute.

The gap between Al Jazira and Sharjah extended to four points, as the Pride of Abu Dhabi currently have 27 points in second place, while Al Ain raised their tally to 20 points in the fifth place.

In the dying moments of the game, Hatta almost snatched a late victory, but Kalba keeper Jamal Alsarrah blocked a header, as the game ended in a draw.

Ittihad Kalba raised their tally to 19 points in the sixth place, while Hatta have 2 points at the bottom of the table. 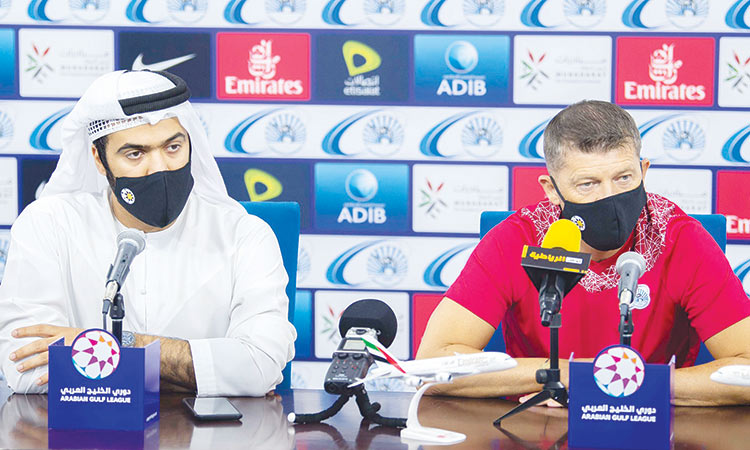