It is boring to play in empty stadiums, says Juventus great Ronaldo - GulfToday 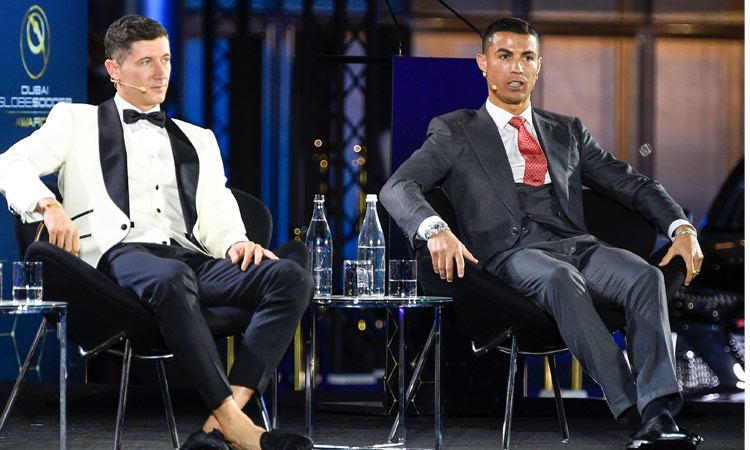 Cristiano Ronaldo said that he misses being booed as it motivates him and it is boring to play in empty stadiums. Ronaldo was speaking at the Dubai International Sports conference along with Bayern Munich hit-man Robert Lewandowski and Real Madrid’s former goalkeeper Iker Casillas.

Matches are being held at the stadiums across the globe since the outbreak of the coronavirus to maintain social distancing curb the impact of the pandemic.
“It is really boring to play without fans. It feels like training. We as players respect all the protocol and health is the most important of all, of course. But I don't like it. I do it because, first of all, I love football. 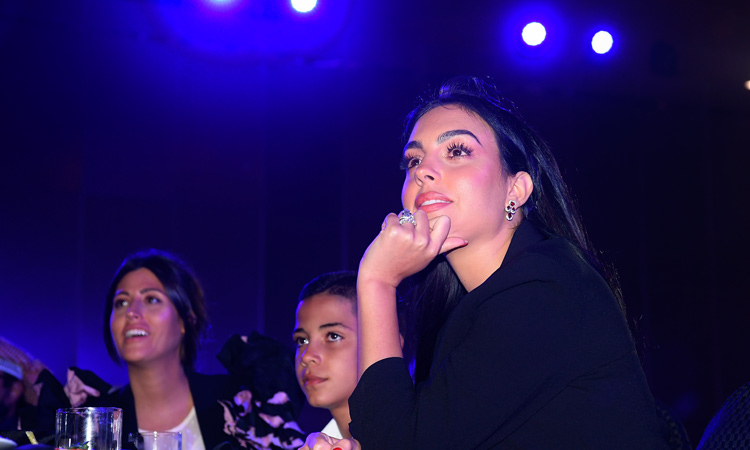 Georgina Rodriguez and Cristiano Ronaldo Jr. look on during the award ceremony. Reuters

“Playing football is my passion. I play for my family, my kids, for my friends, for the fans. But I don't like it, to be honest. It's so weird to play without fans.
"I like when the people boo Cristiano. When I touch the ball they 'booo', I like it. I am motivated by those boos. But it’s not good to play sans spectators. I hope next year they can change the rules and see the stadiums full of people. Because the passion without fans is nothing." Ronaldo, who won the Player of the Century Award, later in the evening, himself has been a victim of coronavirus and missed quite a few important matches as well.

Ronaldo also likes to be followed and admired by the fans around the globe. He is one of most followed sport star on the social media.

"It's a great feeling when you look at the kids and they aspire to be like. They cut their hair like me, they want to do skills like me. "But it’s a great pleasure. The future is the kids. I have four and I wish them all the best. When I see the kids around, for example now in Dubai, they run to me and say ‘see’, it makes me feel happy because they recognise my effort, my dedication and my hard work,” he stressed.

He also claimed to be relishing a life that is dreamed by millions. Ronaldo is known for his ‘live life king’s size’ style.

“I'm proud when I see something like that and it gives me motivation to carry on and continue to do my job, play football and enjoy the people and the fans and everyone," said Ronaldo of the attention that he gets around the world by the fans and media. 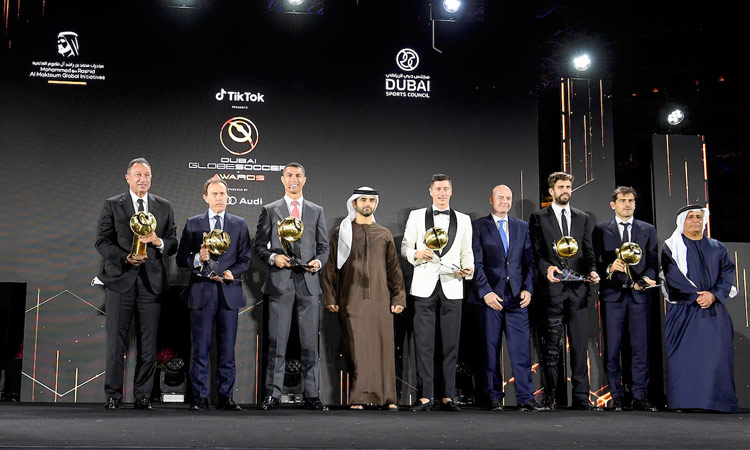 On his consistency of playing for almost two decades, with the same passion and stamina, he said he is just enjoying life and doing what he is likes.
“I will be turning 36 soon and I am still enjoying my football as I did 15 years back. I am happy with my girlfriend, with my kids. I have the same routine for over a decade.

Ronaldo, who led his national team to the Euro glory in 2016, is confident of repeating the feat again once the continental competition resumes.
“We won the Euro in 2016, beating Poland in the final on the penalties. I am confident of achieving the feat again. Despite so many changes in the team since then I think we still can win.

“Teams like Germany, Spain, France and England might be favorites but we are going to give a tough fight to all. I believe we have a very good chance of winning it again,” he emphasised.

Meanwhile, Lewandowski, who bagged the Player of the Year Award, said that they also stand a chance to win the Euros. “We were beaten in the final by Portugal, that too via penalties. We were the finalist and gave them a very tough fight. We have a very realistic chances of winning the continental championship this time around.” “Without fans, that spark is missing. It is not lively, not vibrant. It took me three to four games to get used to playing without fans,” said Bayern star on playing at the empty stadiums.

The Polish has won the UEFA and FIFA Best Player of the Year awards before completing the treble at Dubai on Sunday. Casillas said he is relishing his new role at Real Madrid. “It has been a great experience to be with such great club for so many years. I am back but in a new role and I am enjoying what I do,” he said.