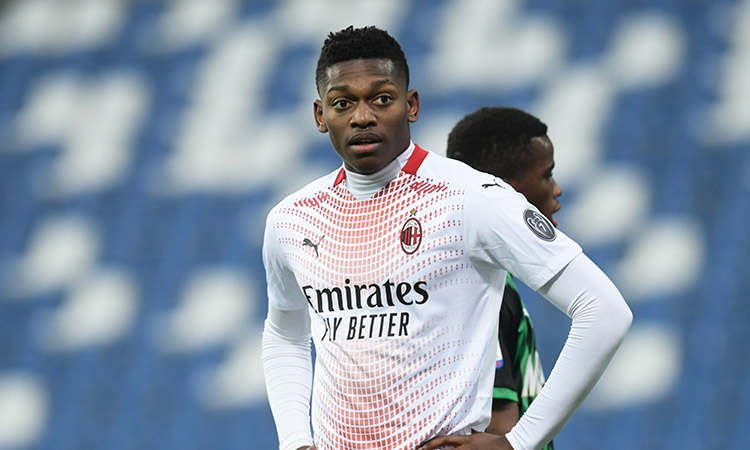 Rafael Leao scored a fastest goal in the history of the Italian League as he found the back of the net six second from the kick-off to help AC Milan go on top with win over Sassuolo on Sunday.

The previous fastest goal in the italian top flight had been Paolo Poggi's for Piacenza against Fiorentina in December 2001 after eight seconds of play.

Milan have a one-point advantage on Antonio Conte's Inter who beat promoted Spezia 2-1, with champions Juventus four points behind the leaders in third after a 4-0 win over Parma on Saturday. 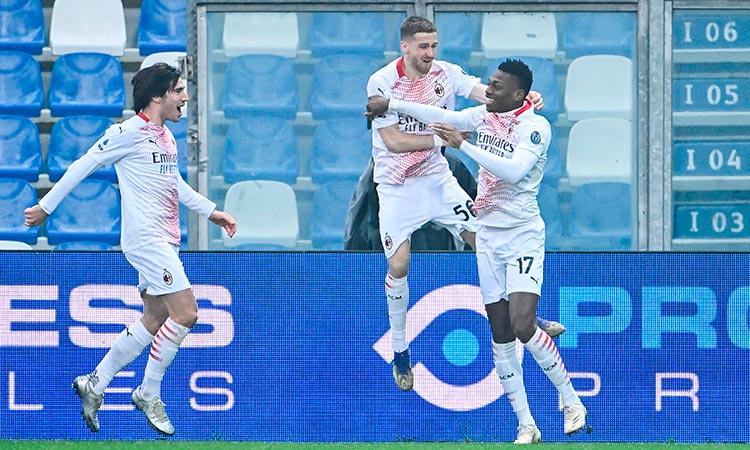 Rafael Leao (right) celebrates after opening the scoring during the Italian Serie A football match in Sassuolo. AFP

"We wanted to start the game well because we missed out in the last few," said coach Stefano Pioli whose side had been held 2-2 in both their last two league games against Parma and Genoa.

"We have four-five kick-off patterns. Yes, he (Leao) was prepared. It was an important moment. I often tell young players, there are points that are worth more because they come in delicate moments.

"This match weighed a lot from a mental point of view, we wanted to win and having succeeded gives us a lot of satisfaction." Portuguese Leao, who usually plays on the left wing, started at centre-forward with star striker Zlatan Ibrahimovic still out with a leg muscle problem and his replacement Ante Rebic also injured.

It was the 21-year-old's third league goal this season and fourth in all competitions.

"We had prepared it in training," revealed Leao.