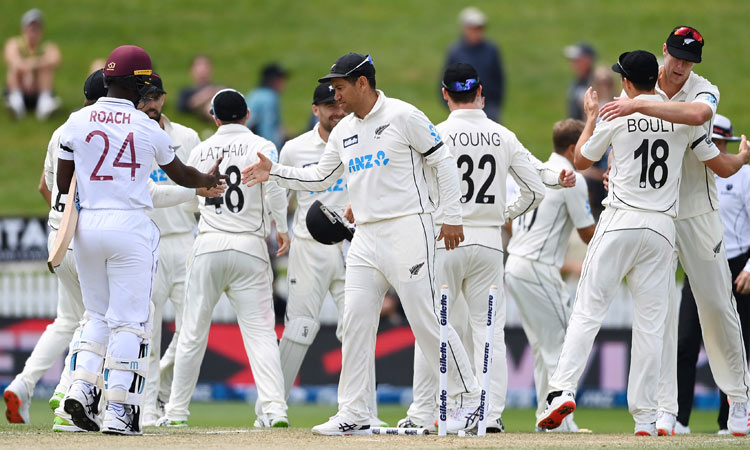 New Zealand's players celebrate their innings and 134 run win over the West Indies in Hamilton on Sunday. AP

New Zealand defeated West Indies by an innings and 136 runs despite a gritty century by Jermaine Blackwood in Hamilton to take a 1-0 lead in the series.

With the victory, New Zealand also extended their unbeaten run to 14 Test matches in the home series.

Blackwood was the penultimate wicket to fall, for 104, after a 155-run stand with Alzarri Joseph who made 86.

The duo put up a resolute a 155-run partnership to delay the inevitable after a horrific day three, when they lost 15 wickets.

The victory was set up over the first two days when New Zealand captain Kane Williamson smashed a cracking 251. Williamson, himself, was startled by the statistic of unbeaten 14-match streak in home series.

"To be honest, I didn't know that was the case, but it's great. It was a really good performance for us to put together collectively," said Williamson.

"But we're not getting ahead of ourselves. It was nice we were able to put in a strong performance and for us it's about trying to improve little bits at a time in each game." 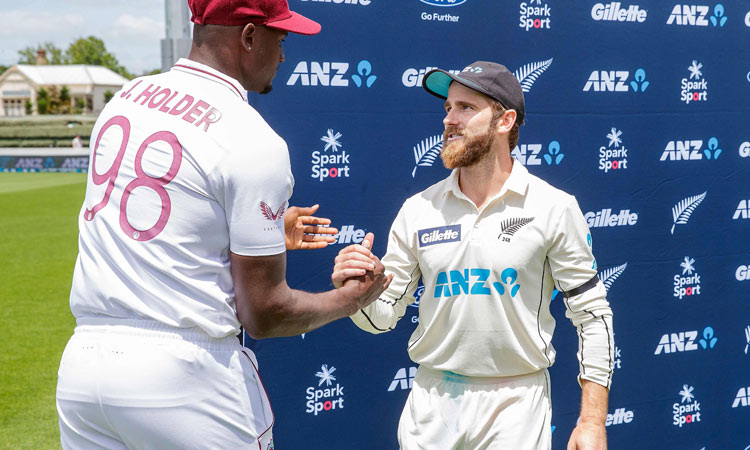 Although much has been made of New Zealand's green wickets, and in Hamilton it was a lush emerald, Williamson believed it was fair to both sides and the West Indies captain Jason Holder lamented the loss and urged his player to put up a better fighting spirit.

“We obviously didn't bat well," captain Jason Holder said. "In the initial stages of our innings we just need a little bit more
fight in those tough periods and get through.

"Kane showed us exactly how it's supposed to be done, that was a proper Test innings, being patient, buying time."

The West Indies lost 15 wickets on day three as Tim Southee led a masterclass of New Zealand swing bowling. It left the tourists going into the fourth day on the ropes at 196 for six in their second innings.

Blackwood and Joseph advanced the total to 244 before Kyle Jamieson and Neil Wagner combined to take the final three wickets in the space of 10 deliveries to help New Zealand draw first blood. 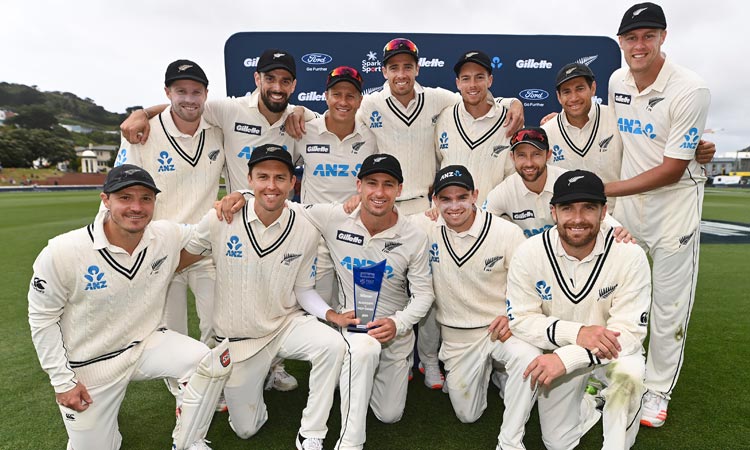 New Zealand also stayed in the hunt for the inaugural World Test Championship final as they overtook England to move into third in the standings behind Australia and India, who start a four-Test series this week. 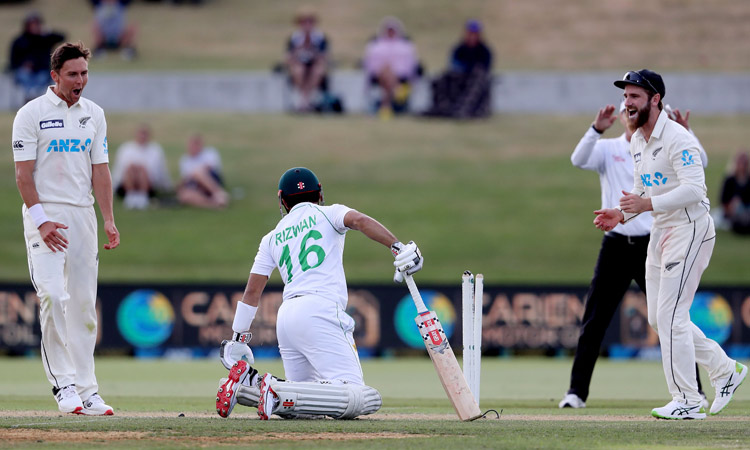 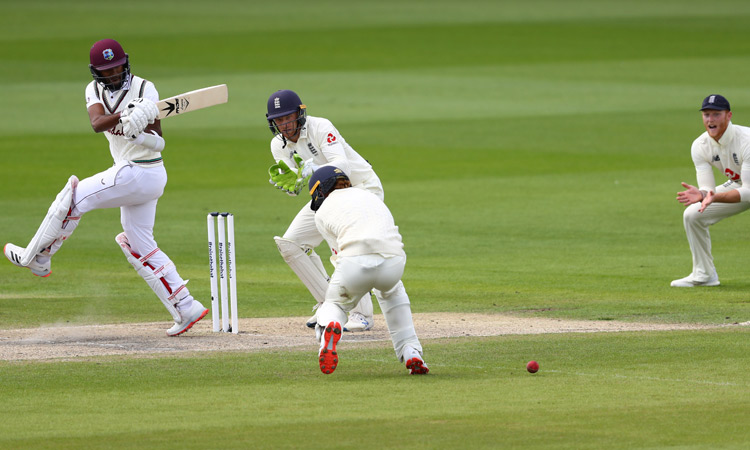 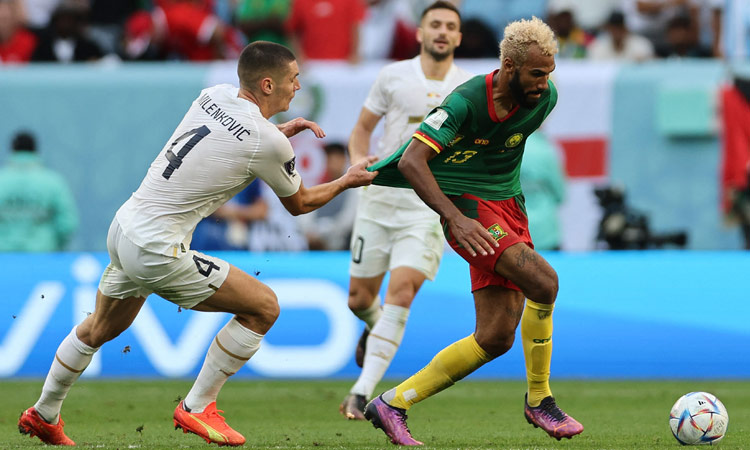