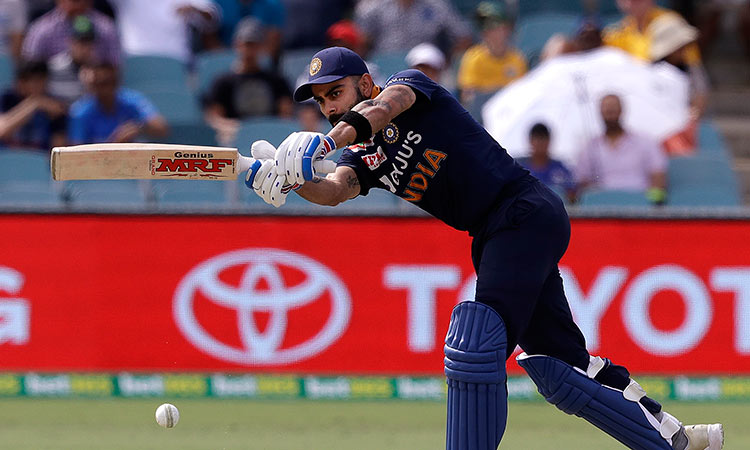 India’s Virat Kohli bats against Australia during their one day international cricket match at Manuka Oval in Canberra. AP

India skipper Virat Kohli reached yet another milestone in One-Day cricket by becoming the fastest batsman to score 12,000 runs in One-Day Internationals (ODIs).

Kohli reached the milestone in the third and final ODI of the three-match series against Australia at the Manuka Oval.

Kohli as also played 86 Tests and 82 T20Is in which he has scored 7,240 and 2,794 runs respectively. Recently, he became the ninth Indian cricketer to make 250 ODI appearances. He has scored more than 221,000 international runs across formats till now. 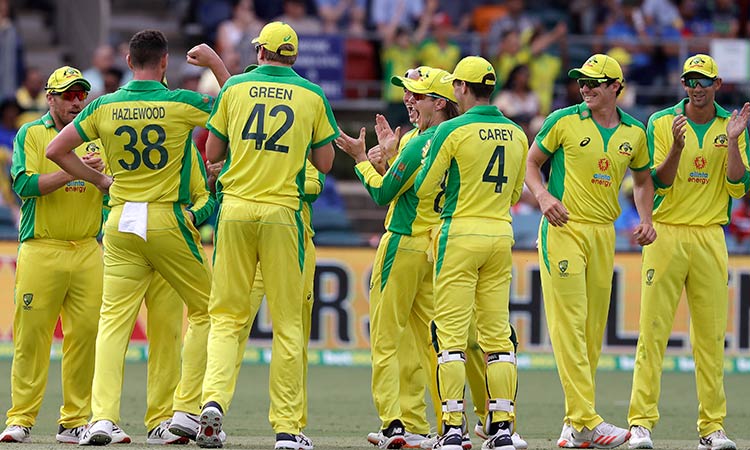 Australia’s Josh Hazlewood (second left) is congratulated by teammates after claiming the wicket in Canberra. AP

Overall, Tendulkar holds the record for making most ODI appearances for India. The 47-year-old played 463 ODIs in his stellar career in which he scored 18,426 runs with the help of 49 hundreds. Besides, he also played 200 Tests and 1 T20I scoring 15,921 and 10 runs respectively.