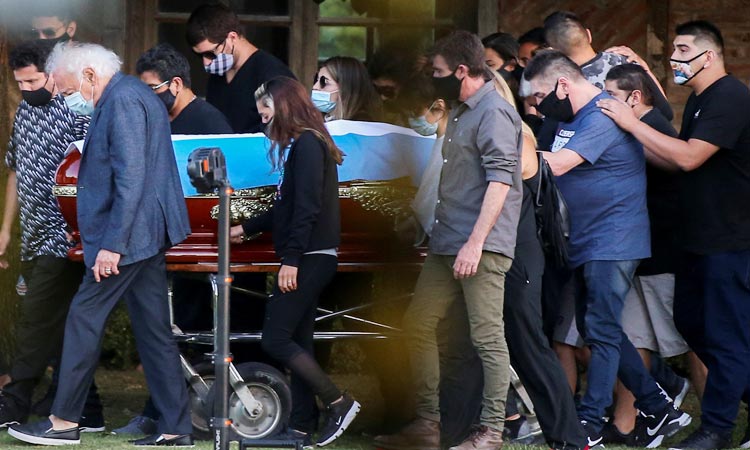 Friends and family carry the casket of soccer legend Diego Maradona, at the cemetery in Buenos Aires, Argentina. Reuters

The images distributed across social media created outrage, even death threats, across a nation that venerated Maradona, who died on Wednesday of a heart attack at age 60. Tens of thousands lined up for a chance to file past his body at the nation's presidential palace on Thursday.

Claudio Fernández confirmed to Radio Diez on Friday that he'd lost his job at the Pinier funeral home, along with his son Ismael and Claudio Medina. 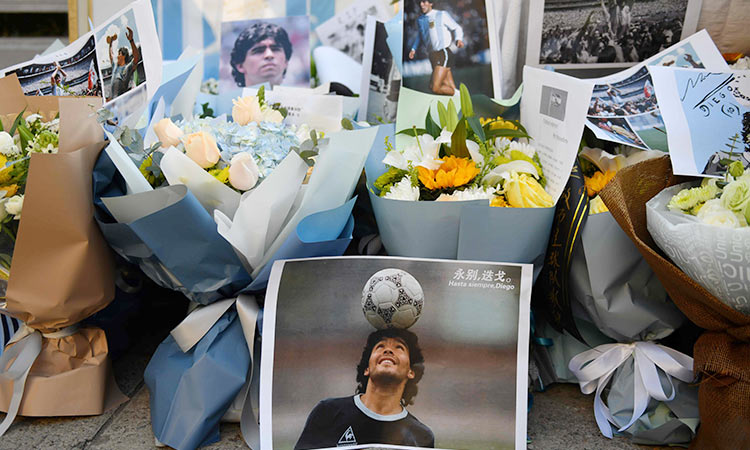 Flowers and photos of late Argentinian football legend Diego Maradona are seen at a memorial set up at the Argentine embassy in Beijing. AFP

One of the images shows Fernández and his son - smiling and with thumb raised - alongside Maradona's body in the coffin on Thursday. Medina appears in another in the same pose.

Fernández insisted that he hadn't known they'd planned to take a photograph, much less distribute it. "It was something instantaneous. I'd just raised my head and my son did it like any kid of 18,” he told the radio station. 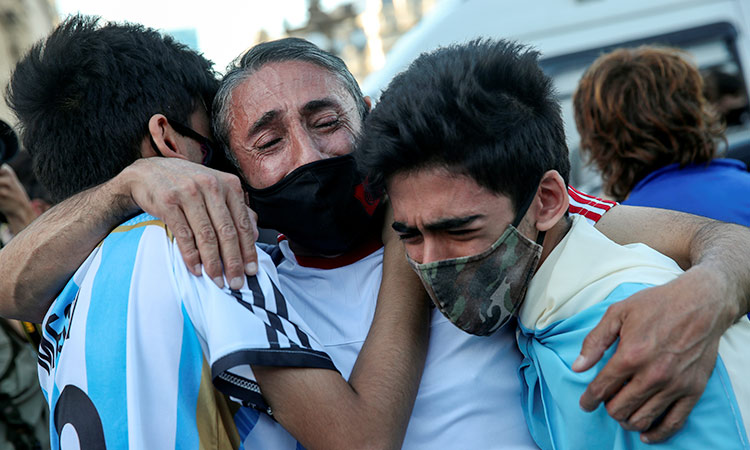 He said he had been receiving threats from others living in the El Paternal neighborhood where Maradona debuted as a professional in 1976 with the Argentinos Juniors team.

"They know me. I'm from the neighbourhood," Fernández said. "They say they are going to kill us, break our heads.”

The team issued a statement saying it was considering expelling Fernández from its membership rolls. 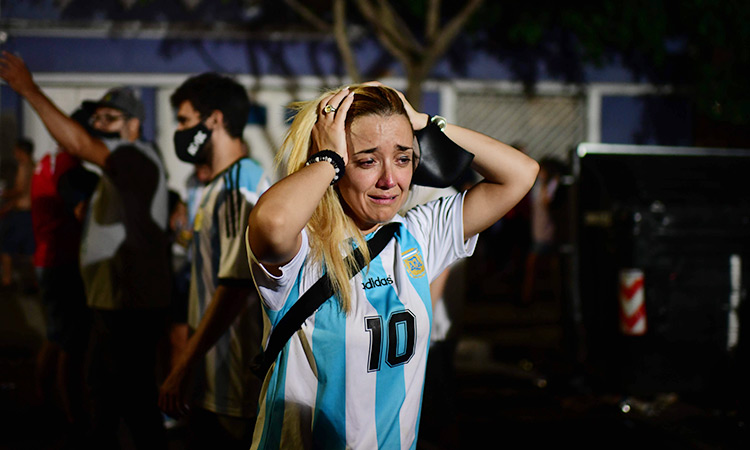