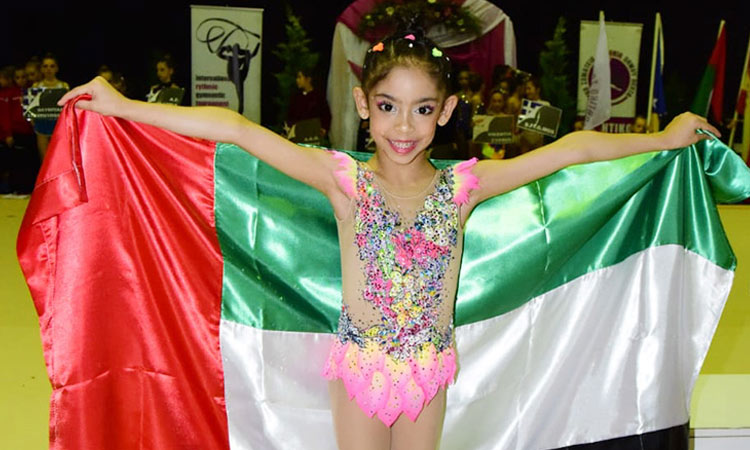 Getting noticed for her extraordinary talent, the UAE’s little wonder and well- known rhythmic gymnast, Lamia Tariq Malallah, was launched in a global campaign called "Extraordinary Me," produced by Nickelodeon Kids channel.

Nickelodeon started the ‘Extraordinary Me’ campaign to recognise youth talents globally while giving them a platform to showcase their skills and show how they lead their daily lives. The objective behind the channel’s campaign is to inspire and motivate more children to pursue their dreams and talents.

“I am thrilled to be a part of the ‘Extraordinary Me’ campaign for Nickelodeon as it gives me the ability to reach out to a worldwide audience of children who may be inspired by my story and follow their dreams.

“This short film is about my daily life, my dedication, my hard work, and my wanting to reach the goal of being the first UAE National to compete in gymnastics in the Youth Olympics in 2026, and even if one child is motivated by watching my story then I know that I have made a difference to the world,” Lamia added. The Emirati gymnast harbours hopes of taking part in Youth Olympic Games 2026, which was due to be held in Senegal in 2022 and has been postponed for four years. 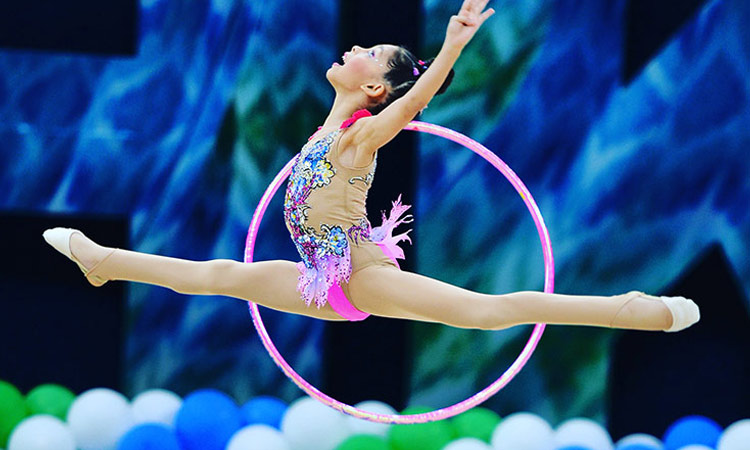 Lamia, whose first gold medal came at the age of six when she won the inaugural Dubai International Junior Rhythmic Gymnastics Championships in 2017, says she is focused fully on her goal to win gold at the Youth Olympic Games.

This campaign will further embellish Lamia’s standing worldwide as an athlete from the UAE to reckon with, as people are not much familiar with female athletes from the Arab world.

Even the spread of the coronavirus pandemic failed to dampen her spirits and even when the UAE was under complete lockdown for more than three months, she continued training at her home majlis. “This year has not been easy for most people all over the world, and even more so for kids as their lives have changed drastically, but if you have a strong goal in your life like mine is to compete in the Youth Olympics, it will give you a purpose to be stronger and work harder at what you want to be,” she said.

Despite the difficult times, Lamia continued training through online guidance from accomplished 2002 World Champion Ksenia Dzhalaganiya of Dubai Youth Olympic School of Rhythmic Gymnastics.
At an age of five where children are mostly attracted towards electronic games and gadgets, Lamia decided to take up rhythmic gymnastics. Her father, Tariq Ali Abdullah Malallah, and mother, Malak Tariq Alfarsi, stood like a solid rock in support of their kid’s decision. They helped her throughout to pursue the sport. Lamia has not disappointed them and has already won six international gold medals, besides dominating local championships. 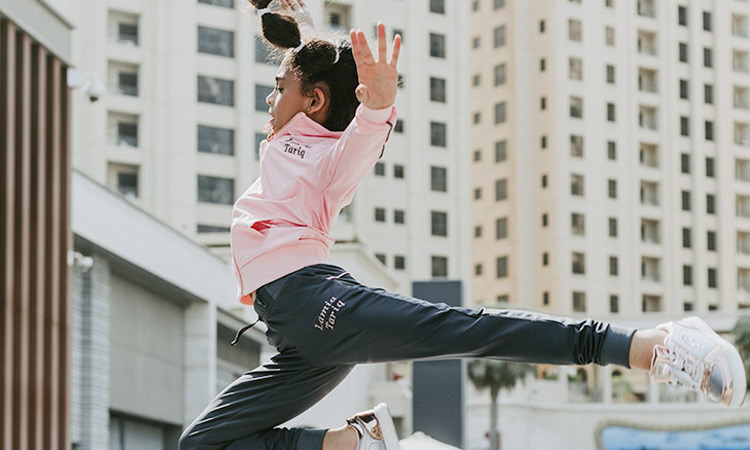 She has worked tirelessly all these years without the normalcy of a childhood as her training hall is all that she sees every day after the school.
The youngest recipient of the coveted Mohammed Bin Rashid Al Maktoum Creative Sports Award which  she won in 2019, Lamia also bagged top honours at the International Rhythmic Gymnastics Youth Cup held in Tashkent, Uzbekistan, last year.

The nine-year-old is considered as a sports ambassador for the youth in UAE as she pursues gymnastics professionally by competing on international platforms and attending training camps worldwide during her school breaks.

Lamia, who is a student of the International School of Choueifat in Dubai, also promotes healthy lifestyle and nutritional eating habits on her social media accounts. She also dreams of a future where more Emirati girls join the sport and has already chosen a coaching profession to pursue to train and teach more children to be fit.

Lamia has also won gold medals at the 2017 Open GR Azur International in Nice, France, and at the 2018 Armonia Cup.