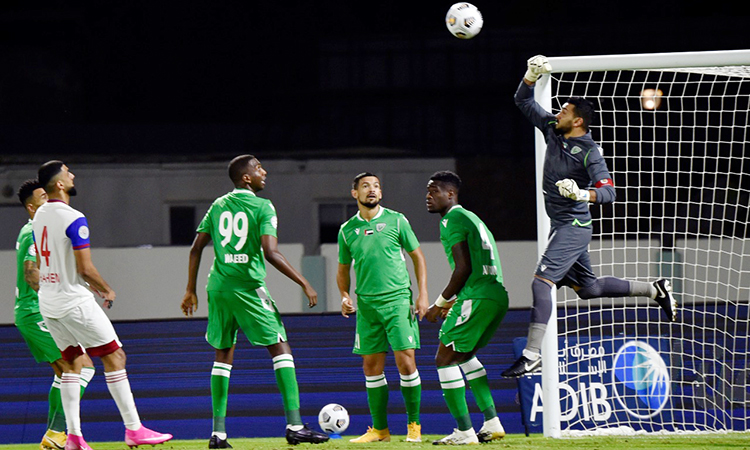 Players of Sharjah and Khorfakkan in action during their Arabian Gulf League match on Thursday.

The league leaders needed 18 minutes to find the back of the net. After a one-two between Caio Lucas and Welliton Soares, the former fired an unstoppable strike into the top corner of the net, leaving Khorfakkan keeper Mohamed Yousef helpless.

Igor Coronado came close to doubling the guests’ lead right before halftime, but the Brazilian midfielder’s freekick was saved by Yousef, as Sharjah headed into the break with a 1-0 advantage.

The hosts equalized a few minutes after the one-hour mark, thanks to an own-goal by Abdulla Ghanim, who mistakenly redirected a cross into his side’s net to level the scoreline at 1-1.

Sharjah almost made a late comeback but were denied by a heroic double save from Yousef one minute from time. The Khorfakkan keeper saved efforts from Coronado and Khalid Bawazir before the defense blocked Welliton Soares’ attempt.

This marked Sharjah’s first draw of the season after six straight wins, yet they maintained their position on top of the standings with 19 points. On the other hand, Khorfakkan are 12th after clinching their second point.

On the other side of the field, Bani Yas relied on an individual effort to threaten Al Nasr on goal, as Suhail Al Noobi fired a powerful strike but Al Nasr keeper Ibrahim Essa made a brilliant fingertip save to keep the game tied at 0-0.

Al Nasr didn’t break the deadlock until the 57th minute when Diaa Saba fired a powerful freekick into the far corner of Al Dhanhani’s net to hand his side a 1-0 lead.

The Blues had a promising chance 15 minutes from time as they were searching for a second goal to seal the victory. Brandley Kuwas failed to connect to Sebastian Tagliabue’s sublime backheel pass inside the box as it was intercepted by Dhanhani.

Dhanhani continued to impress as he diverted Toze’s attempt on goal into a corner to deny Al Nasr from doubling their lead in injury time. However, the keeper’s heroics weren’t enough as the game ended with a 1-0 win in favour of the hosts. 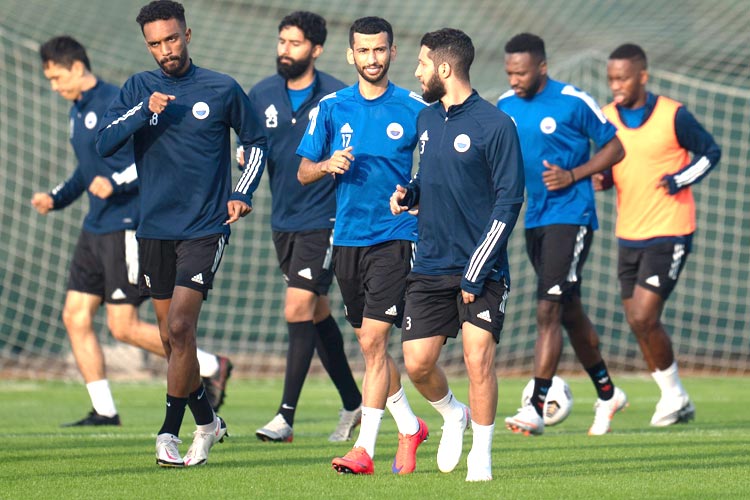 Leaders Sharjah will look to bounce against Al Dhafra after their loss against Al Ain in the previous match as the 17th round of the Arabian Gulf League (AGL) gets under way on Thursday.