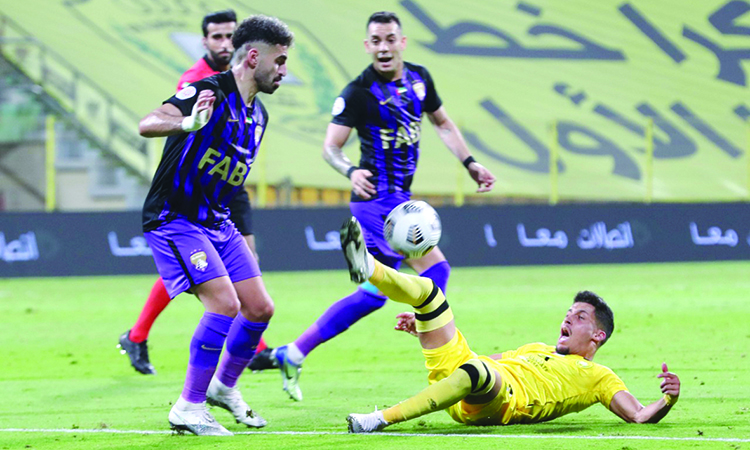 Players of Al Ain and Al Wasl in action during their Arabian Gulf League match on Friday.

Playing their first league game after the conclusion of the international break, Al Ain came from behind to defeat Al Wasl 2-1 at Zabeel Stadium in matcheek 6 of the Arabian Gulf League on Friday.

Al Ain had a good chance to open the scoring around the quarter-hour mark. After a good teamwork effort and a number of passes on the edge of the box, Mohamed Abdelrahman’s shot sailed over the bar.

Afterwards, things started to look more dangerous on the other side of the pitch. Al Wasl forced Al Ain keeper Khalid Eisa into a fine save, before threatening again a few minutes later, as Fabio Lima dribbled past the Al Ain defenders before sending the ball to Joao Figueiredo, whose effort went high.

The hosts efforts paid off eventually when Ali Saleh found the back of the net in the 28th minute. After an impressive effort from Lima, his shot was saved by Eisa. However, the rebound fell to Saleh who made no mistake sending the ball home.

Lima missed a chance to get his own name on the scoresheet just after the half-hour mark, as he launched a solo attack and beat his markers before sending a week shot that went wide of goal.

Yahia Nader missed a chance to hand Al Ain the lead after the restart when a defensive blunder saw the ball fall to the 22-year-old on the edge of the box, but his shot went above the goal.

Al Wasl were dealt a huge blow less than 10 minutes after the restart, when Salem Al Azizi was sent off after being handed a second yellow card for a handball, forcing his side to continue the game with 10 men.

Al Ain were handed a golden chance to take the lead when they were awarded a penalty after Hueglo Neris handled the ball inside back. Kodjo Laba stepped up and converted from the spot to make it 2-1 in the 62nd minute.

Al Ain collected their third win of the season to raise their tally to 11 points, while this marked Al Wasl’s fourth league defeat as they remain frozen on six points.

Meawnhile, on Saturday Al Wahda host Ajman at Al Nahyan Stadium. After succumbing to a defeat and a draw to Sharjah and Shabab Al Ahli, respectively, Al Wahda returned to winning ways with victories over Khorfakkan and Al Wasl to move to fourth place on 10 points.

Ajman are in a dire situation due to their poor start to the season. After five match weeks, the Oranges remain winless and have two points only in 11th place. 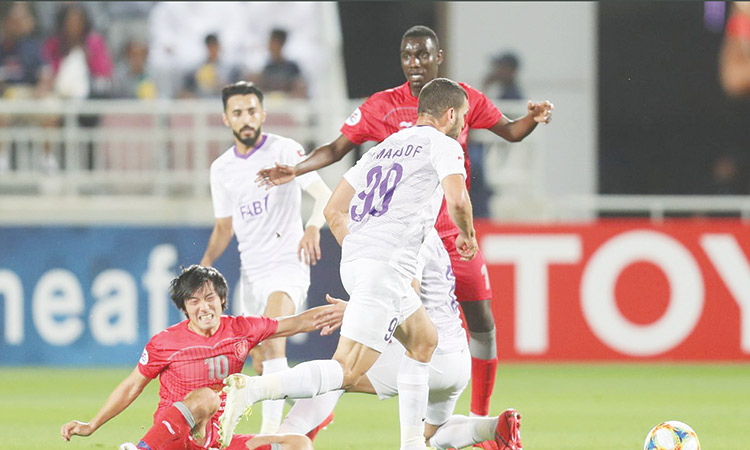 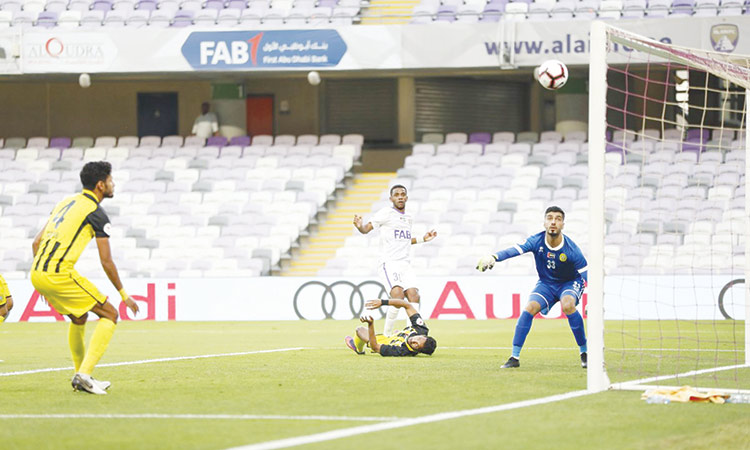