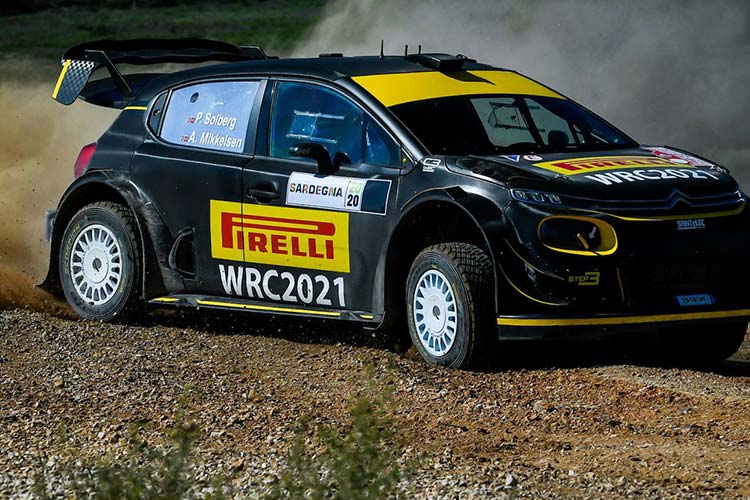 After a convincing victory at Rally Hungary, Andreas Mikkelsen is seeking to add more glory to his illustrious career with win at Rally Monza. Rally Monza will be held from Dec.3-6 on asphalt rack and features a world class line–up.

The Norwegian, who has won three outright wins to his name in the WRC, admitted sealed surface confidence was dented During his stint at the at Hyundai Motorsport.

But a victory in Rally Hungary again boosted his confidence and helped put a smile back on his face.

During his time with the Korean team, Mikkelsen failed to make the same impact on asphalt as he did on gravel. He couldn’t find a set-up with the i20 WRC which made him comfortable enough to challenge on asphalt.

He was benched for last year’s Tour de Corse and – largely asphalt – Rally de España before leaving the team at the end of the season. His last WRC outing was in Britain more than a year ago.
He has fronted Pirelli’s tyre testing programme during 2020 in a Citroën C3 WRC in advance of the Italian firm’s full-time WRC return in 2021.

“Winning [Rally Hungary] was like redemption for me,” he said. “If I went there and I wasn’t on the pace, I knew it would be really bad. It was tough to go down to ERC (European Rally Championship) and go to a rally I’d never done, but the others had.

“But people hadn’t seen me smiling in a rally car for two-and-a-half years. That had to change.” Competing in Hungary in a Skoda Fabia Rally2 evo helped bring about that change and Mikkelsen hopes that speed could be enough to land him a drive at the WRC’s season-closing fixture at Monza.

“For Monza, I am talking to some teams. Of course, I have good relations with Škoda, I did three rallies with the factory team in 2017 and it would be nice to work with them again.

“I know it’s hard to be in a World Rally Car for that rally but I am working on getting there to compete in WRC 2. That would be good. We have seen since Citroën hired Mads Ostberg how it can help when you are winning to sell more cars to more customers.”

The Norwegian will drive the Hyundai i20 that was campaigned by French youngster Pierre-Louis Loubet in Estonia, Turkey and Italy after the FIA World Rally Championship restarted following lockdown.

The car will be run by 2C Compétition and Veiby will be partnered by regular co-driver Jonas Andersson.

His previous World Rally Car experience has been limited to pre-event shakedown work at Hyundai Motorsport’s test track before the German-based squad’s cars were transported to WRC fixtures.
Veiby has spent 2020 driving a Rally 2-specification i20 in the WRC 2 support category for the Hyundai Motorsport N team alongside Nikolay Gryazin. He is fourth in the standings after second-placed finishes in Sweden and Italy.

“This is a fantastic opportunity for me, competing in a World Rally Car at the top level is what I’ve been working to achieve throughout my career,” said Veiby, who has started 46 WRC rounds after making his debut in Spain in 2014.

“Monza will be totally new to me, but that’s the same situation for many drivers after its late call-up to the WRC calendar as a Covid-19 replacement.

“I’m hoping we’ll have a small test in the run-up to the event but my shakedown work with Hyundai’s factory i20 World Rally Cars means I’m reasonably familiar with the inside of the car, even if I have no competitive experience,” added the 24-year-old.

Rally Monza will feature stages at the famous Italian race circuit, incorporating classic corners such as Parabolica and Lesmo, steeply banked curves and tricky gravel sections. There will also be a day’s action in the foothills of the Alps close to Lake Como.

Veiby gained additional seat time before Monza with an appearance at Saturday’s Kehala Rally in Estonia in an i20 R5. The rally features three loops of three stages, including the Kehala rallycross circuit, covering almost 60km.