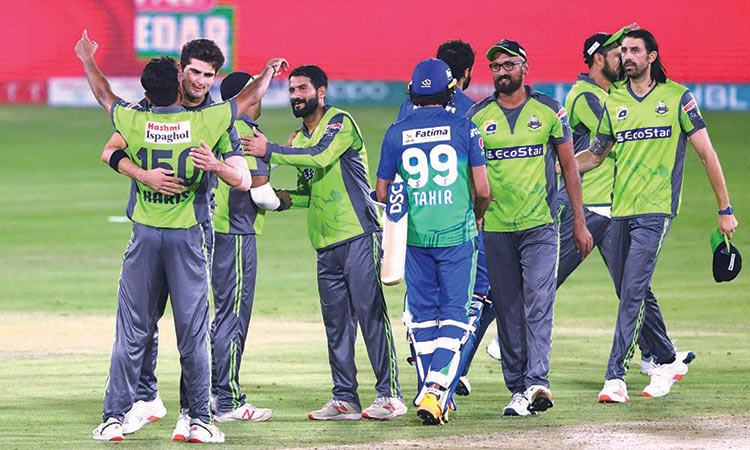 Chasing an elusive Pakistan Super League (PSL) title, Karachi Kings and Lahore Qalandars will square off in the final of the fifth edition at the National Stadium in Karachi on Tuesday.

A thrilling contest is on the cards between the country’s top T20 franchises as both the sides will look to give their best to clinch their first ever PSL title, which adds more excitement to the match.

The final will throw up a brand new title winner, as neither team has won the title in the short history of the tournament.

Karachi Kings’ captain Imad Wasim and his Lahore Qalandars’ counterpart Sohail Akhtar expressed confidence in their players and were upbeat about their chances going into the final.

“We will go out on the field to win the final against Lahore Qalandars. The team that plays well will win. In sports, you should be looking to compete. Win or lose, we will look to give it our best. We did some mistakes in our qualifying encounter against Multan Sultans. The match should not have gone to a super over. We will not disappoint our fans,” said Imad.

Exuding confidence in his players, Lahore Qalandars’ said: “All the players in team were performing well and that was the reason why the side had made it to the final of the tournament.

“One or two players performing well is sometimes enough in T20’s. All our players have been performing and that is why we are in the final of the PSL 5. Lahore Qalandars have done a great deal of work in finding new talent over the course of five years and this is the result of that effort,” Akhtar added.

Earlier on Sunday, superb all-round performance by David Wiese steered Lahore Qalandars to a 25-run win over Multan Sultans in the second eliminator. Karachi Kings had earlier qualified for the final after beating Multan in a Super Over tie-breaker on Saturday.

Multan won the toss and asked Lahore to bat, Wiese top scored with a rapid-fire 21-ball 48 not out (5x4s, 3x6s) to propel his team to a competitive 182 for six wickets in 20 overs at the National Stadium. For Multan, veteran Shahid Afridi bagged two wickets.

And when Multan batted, South African Wiese captured three wickets for just 27 runs in four overs with his medium pace bowling to help bowl out Multan for 157 in 19.1 overs. Opener Adam Lyth was the top scorer with 50. Fast bowler Haris Rauf captured three wickets while Dilbar Hussain and Shaheen Afridi, both speedsters, took two wickets each. Wiese won the Man of the Match award for his all-round performance. He also took a good catch, of Rilee Rossouw off Rauf, under the floodlights.

The PSL had started on Feb. 20 and 30 matches were played until March 15, when the tournament was stopped due to Covid-19 pandemic. The playoffs began on Saturday. 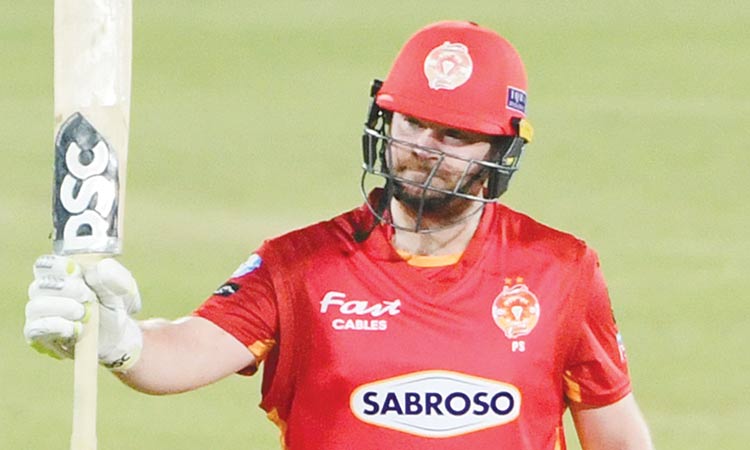 After a brilliant bowling effort by Islamabad United all-rounder Faheem Ashraf, who took three Quetta Gladiators wickets for a measly 11 runs off his 4 overs, it was the turn of the top order of United to give them a solid start which paved the way