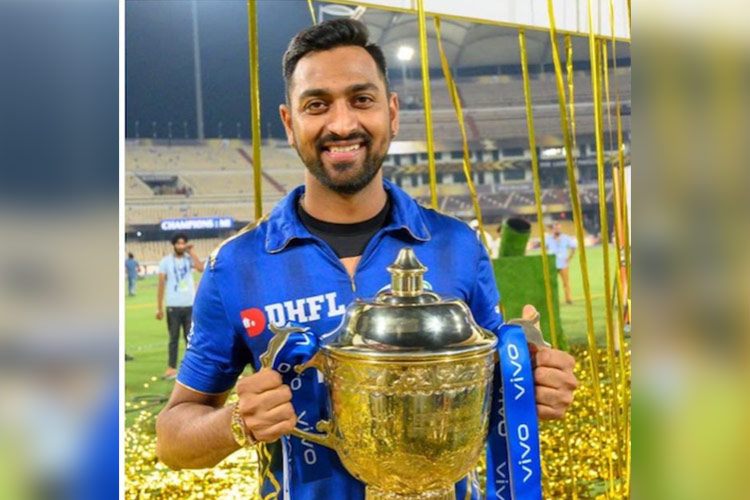 Indian cricketer Krunal Pandya was detained at the Mumbai Airport on suspicion of carrying excess gold and valuables.

The Indian Department of Revenue Intelligence (DRI) on Thursday stopped Krunal at the airport.

The cricketer arrived on a international flight from the UAE.

Krunal was part of the Mumbai squad.

Sources at the airport said Krunal was carrying gold in huge quantity.

It was also revealed that he was not aware of the law.

Krunal apologised to the authorities and agreed to pay the penalties.

He further assured that he would not repeat the error after which the DRI allowed him to leave.