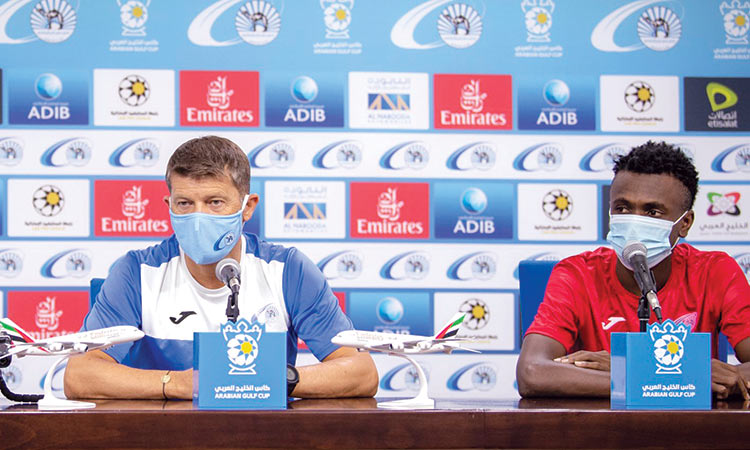 The first day of the second round of the Arabian Gulf Cup (AGC) promises three blockbuster matches as the knockout berths are at stake.

The second round features a total of six matches to be played over two days. 12 teams will battle it out for a spot in the knockouts.

By virtue of being the Arabian Gulf League (AGL) and Arabian Gulf Cup (AGC) champions Sharjah and Al Nasr respectively have already qualified for the quarters as per the new rule. They will directly start their campaign from the knockout stage.

In the two early matches of the first day, Bani Yas will host a stuttering Hatta, Fujairah meet Ajman while an inconsistent Al Jazira take on Ittihad Kalba in a mid-table clash on Thursday.

Bani Yas will go into the match with a cushion of a two-goal lead having beaten their rivals 2-0 in the first round. Bani Yas exuded a great form and are at the third spot in the Arabian Gulf League (AGL) with 10 points after three wins and a draw.

Whereas Hatta are lagging at the bottom of the standings in league after a lacklustre performance so far in the season. Going by their current form, it is unlikely they will be able to overturn the deficit against Bani Yas.

Bani Yas defeated Hatta in their away match and nothing less than a victory against Bani Yas will take Hatta to the next round.

In their pre-match conference, Bani Yas coach Daniel Isila and player John Tipper vowed to give their hundred per cent against Hatta.

“Hatta are a very good team and they have great players. They are capable of surprising any team on a given day. They create many chances and have not been lucky enough.

“Their position in the standings do not reflect their real potential. So we will not take anything lightly,” said Isila about their opponents.

“Our goal is to focus each match one by one and not to think about the future. As of now the focus is to notch up a win in the upcoming match and move to the next round.”

“Ajman were aware of our attacking prowess. So they deployed altogether a different ploy for the match against us. They came into the match in a defensive mode, bolstering their defence to stop our strikers,” explained the Romanian about their goalless draw against Ajman in their last league match.

Tipper said: “Hatta are a strong a team, who play beautiful football. They were a difficult opponent in the first-leg match though we managed to win 2-0. We cannot expect it to be an easy match and will go into the game with the positive frame of mind.”

Meanwhile, Al Jazira will look to overturn the 2-1 deficit against Ittihad Kalba and make it to the next round. Their

performance in the league has been inconsistent having won just two of five matches while two ended in a draw. Al Jazira coach Marcel Keizer said they are confident of qualifying for the next round. He pinned hopes on the young guns to take their team through to the next round. “We know what to expect from Kalba. We lost to them in the cup and defeated them in the league match.

“So, I believe no team will come up with any surprises to the opponent on Thursday,” Marcel said in a pre-match conference.

“We will miss the service eight players because of injuries and national duties. Thursday’s game will be crucial for the young players to grab the opportunity and prove their worth, which in turn will guarantee them more time on the field instead of being just bench warmers.

“They need more experience and maturity if they are planning to join the first team squad, and now it is up to them to get this by keeping us moving up in the tournament,” he added.

Fujairah, who will also be playing at 6pm, go into the second leg at Rashid Bin Saeed Stadium with a slight advantage thanks to Waleed Al Yamahi’s own goal. However, both teams haven’t been performing well in the league so far, as Ajman have two points and Fujairah claimed one point only after five matchweeks. 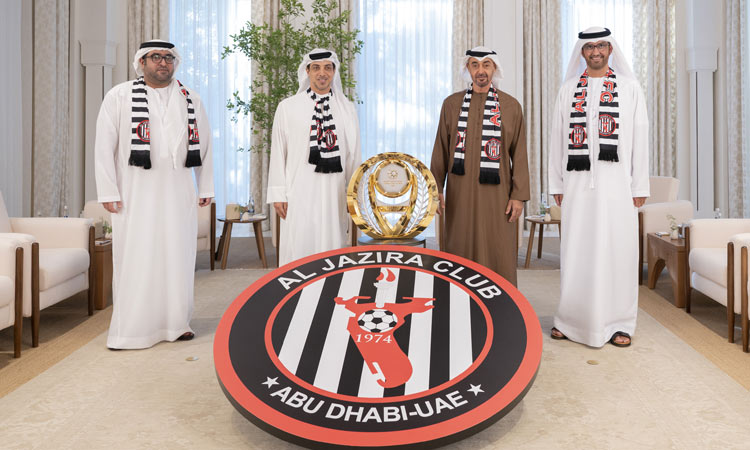 Sheikh Mohamed Bin Zayed hailed the significant win of the UAE Arabian Gulf League 2020-2021 by the Al Jazira's Club, commending the impressive performance of the players and administrative and coaching staff throughout the season.