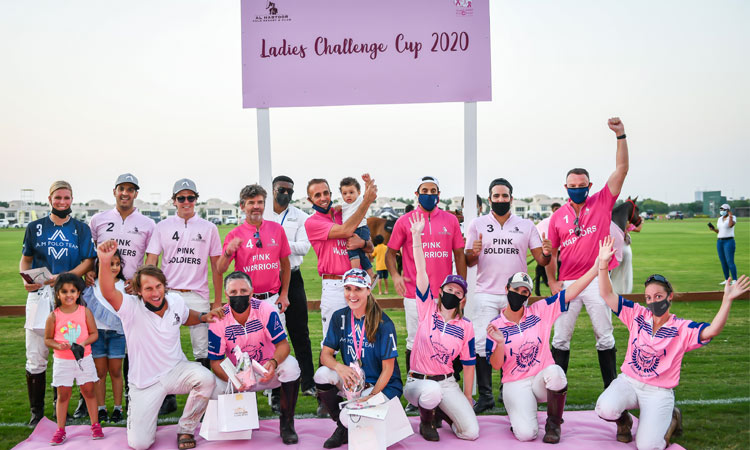 Hesketh Polo team pose on the podium after winning the Ladies Challenge Cup at the Al Habtoor Polo Resort and Club.

The special polo event was held in association with Pink Caravan as part of the Club's efforts to help raise awareness about breast cancer, a disease that impacts women everywhere around the world.

Guests of the day witnessed an excellent display of exhibition matches featuring patrons, professional players and some of the finest female polo players in the country.

Polo enthusiasts at Al Habtoor Polo Resort savoured a delicious Fabulous Polo Brunch at the hotel terrace and those at the Picnic Area watched the games from the sidelines in polo picnic style. The Pink Caravan Medical Examination van provided free check-ups for the ladies at the event while free Pink Pony Rides were available for the little ones to enjoy. Pink Coins worth Dhs 3,000 were hidden in the field engaging guests at the half-time of the second match.

The anticipated second match commenced with the UAE National anthem followed by a team introduction. The first goal was from Petra Spanko of AM Polo at the second chukker. The team kept their lead until the end of the third while Hesketh Polo team fought for the title during the fourth chukker. Hesketh Polo grabbed the win with their half goal advantage closing the game at 2.5 goals to 2.

The event's success would not be complete without the support of the polo patrons, teams, partners and sponsors - Aigner, Biologique Recherche, Rose Desgranges, Revitalife Clinic, Vivendi Apparel, and Hello Kitty Beauty Spa. 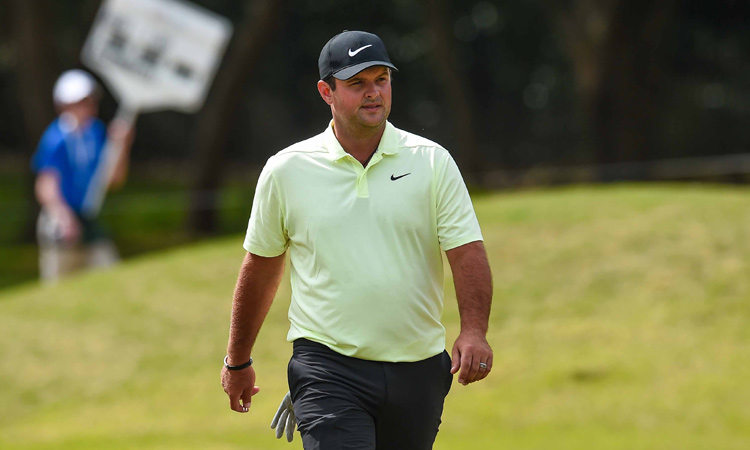