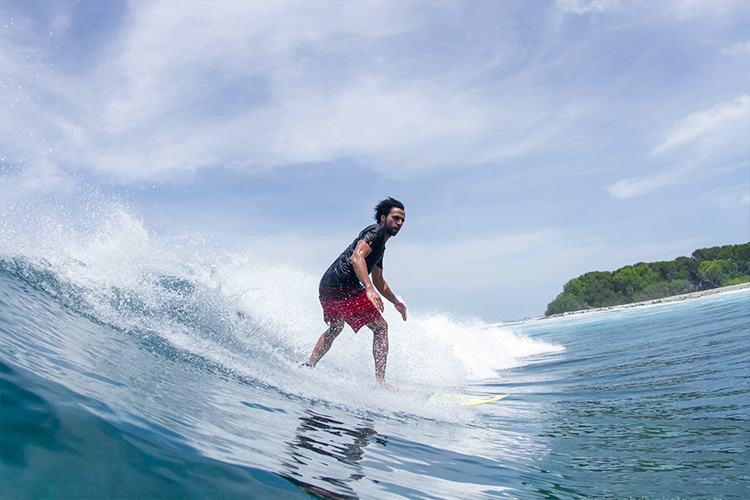 Mo Rahma surfs in the waters of Dubai.

Mo Rahma, one of the trailblazers of surfing in the UAE, is always inspiring himself to complete a new challenge.

With this month the Dubai fitness Challenge on his calendar, he wants to inspire other people in the UAE to participate in any sport they can for 30 days. In 2019 he already completed the usual 30 minutes of exercise in 30 days. This year he wants to push himself through to another limit; trying 30 different sports in 30 consecutive days.

Rahma, who learned surfing in the wave pool in Dubai, started his sporting career as an international football star and played for Dubai Football club. And then moved to play rugby internationally where he lined up for the UAE national team and Arabian Gulf representative side on the wing and big things were predicted for the promising player. But in a match at the Dubai Sevens, Rahma ruptured his ACL. It was an injury that ruled him out of competitive sport for an unknown period. During his recovery period he felt in love with surfing. There was a new star born who was a quick learner and after two years he competed already at professional level in Los Angeles.

Later, he became the first UAE international surfer and last year he tried to qualify for the Tokyo Olympic Games 2020. Due to the coronavirus pandemic the qualifications were cancelled, and he had to wait as anyone else to qualify himself. A tuff year as an athlete but that was not the only setback for him in 2020. Mo is already fighting the battle against ulcerative colitis for 15 years. Almost five months ago he was diagnosed with colon cancer. That moment his life stopped for a while.

Three months ago, Rahma had the biggest surgery in his life so far. He had his colon removed and replaced with an ileostomy bag. It’s been three months since the operation, and he is in the process of recovering. This challenge means a lot for him. He is fighting to get back on his surfboard again.

Rahma said: ‘Since I just had my surgery, I will be showing you how I’m pushing my limits. This journey is to figure out what you can do and what you can’t do with an ileostomy bag.

“My aim is to push hard to get back on my board and charge big waves again,” he added. 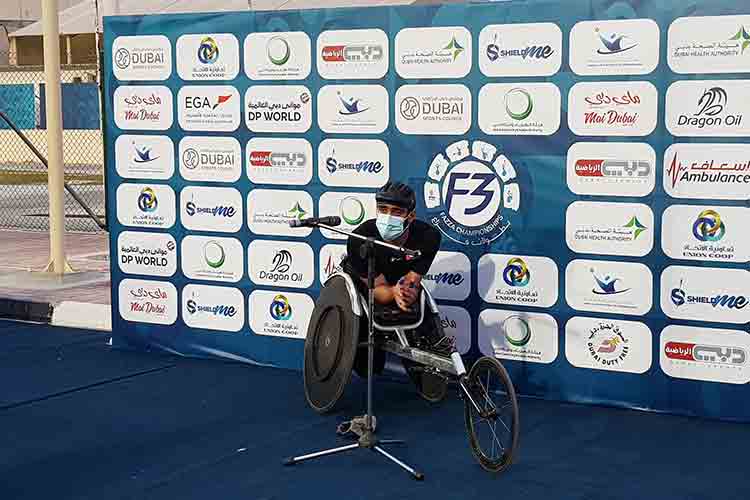