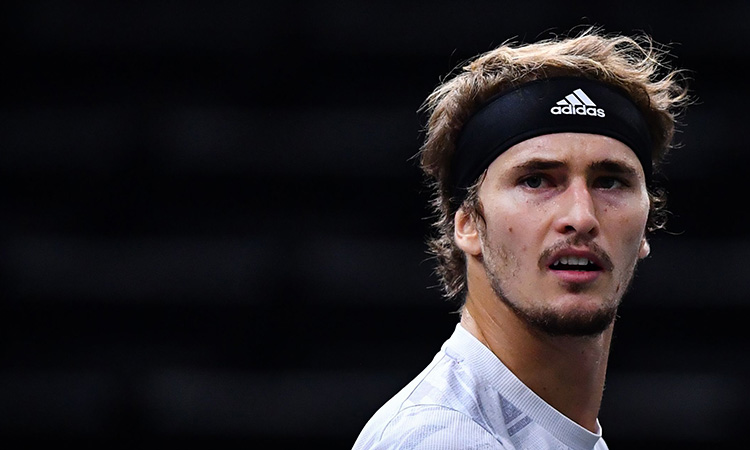 Germany's Alexander Zverev reacts as he plays against Stanislas Wawrinka at The AccorHotels Arena in Paris. AFP

It is not just stars in Hollywood who are facing charges of domestic violence. Even celebrities in the world of tennis have been confronted with such complaints of wrongdoing.

Alexander Zverev, the world No 7 and Grand Slam finalist, is facing further allegations of domestic violence from his former girlfriend, Olga Sharypova.

Sharypova, a Russian former junior player, alleged that she injected herself with insulin in an attempt to take her own life after Zverev punched her during an argument at last year’s Laver Cup in Geneva. Sharypova also alleged that Zverev had previously attempted to choke her after a row in New York. 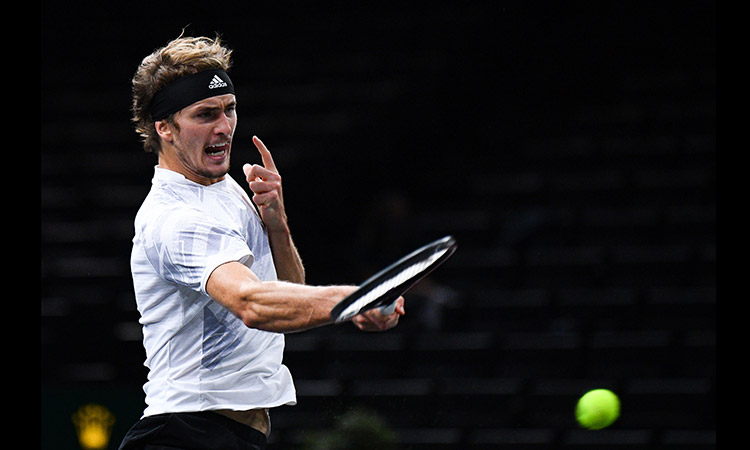 Sharypova has known Zverev since they were teenagers on the junior circuit, and they began dating in 2018. In a two-hour interview with Racquet Magazine, she detailed the “hell” she experienced during their relationship, alleging both physical and psychological abuse.

Zverev, who was a finalist at this year’s US Open and has long been regarded as a successor to tennis’s established ‘Big Three’, issued a denial of Sharypova’s account when she first spoke out last week, saying they were “unfounded allegations” that are “simply not true.”

Contacted for comment by Racquet prior to the publication of Sharypova’s interview, Bela Anda, a PR specialist, responded: “As you know, Alexander put out a statement on Instagram last week and he stands by this statement. Therein Alexander Zverev has commented on the accusations of Mrs. Sharypova, who he has known since childhood and had a relationship with, that ended a long time ago. Mr Zverev regrets that Mrs. Sharypova continues to feed the public without having spoken to him. We are still working towards achieving the reasonable and respectful dialogue Alexander mentioned in his original statement.”