Yadav and Bumrah shine as Mumbai beat Bangalore, close in on top-two finish in standings - GulfToday 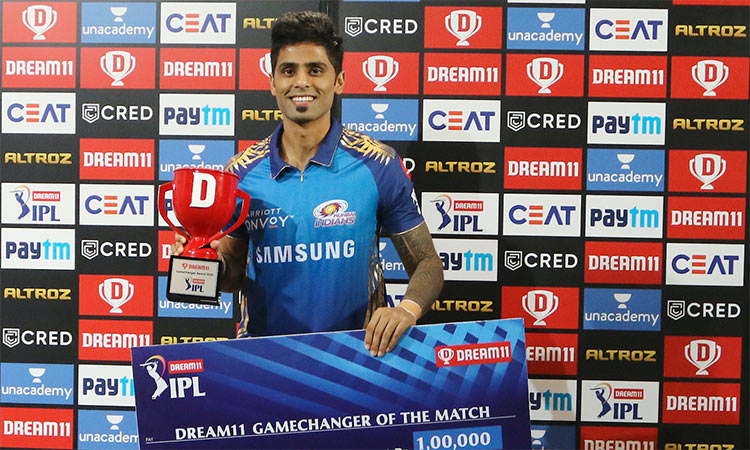 Surya Kumar Yadav poses for photographs after the match on Wednesday.

Chasing a challenging total of 164, Mumbai overhauled the target for the loss of five wickets with as many balls to spare.

With the victory, Mumbai opened a two point lead at the top of the table to their nearest rivals Bangalore and Delhi, who are at the second and third spots respectively with 14 points each.

Openers Ishan Kishan and Quinton De Kock gave Mumbai a decent start and added 37 runs for the first wicket. Mohammad Siraj got rid of De Kock to give Bangalore first breakthrough. After that Mumbai lost few wickets in quick succession as Bangalore did try to make some in-roads through their bowlers.

But, Yadav was holding the fort firmly on one end. He shared a couple good of partnerships with Krunal and Hardik Pandya for the fourth and the fifth wickets respectively to take Mumbai over the line with an unbeaten 79.

Yadav’s quick-fire 43-ball 79 was punctuated with 10 fours and three over the fence as Mumbai strolled past Bangalore to tighten stranglehold on the top of the standings.

Bumrah bowled a fascinating spell as he took three wickets, conceding only 14 runs to pull the things back for Mumbai after Bangalore got off to a flying start and looked set to post a mammoth total. He accounted for the dismissals of Devdutt Padikkal, Virat Kohli and Shivam Dube.

Earlier, Padikkal and Josh Philippe gave Bangalore a blazing start. Both the openers added 71 runs for the first in just 7.5 overs.

Padikkal was more brutal of the two.  He flexed his muscles from the third over. He hit Krunal Pandya for two consecutive boundaries as to make his intentions clear, collecting 13 runs off the over.

On the first delivery of the next over, Padikkal sent Pattinson to the boundary ropes with a sweetly time flick shots toward the deep midwicket.

Padikkal with 232 runs is the second highest scorer in the power-play is behind Kings XI Punjab (KXIP) skipper KL Rahul, who has amassed 257, with a staggering total reaching 595.

The carnage did not stop here. The next over turned out be more productive with Padikkal tonking Pattinson for a boundary and a six.

The duo added 54 runs in the power play without losing any wicket to set the tone for a fighting total. Philippe, meanwhile, also got into the act and hit four boundaries and one six in his 24-ball 33 before falling prey to Rahul Chahar as Bangalore lost their first wicket for 71.

Bangalore, who got off to a fiery start, failed to capitalize on the opening partnership, and kept on losing the wickets at regular intervals. Their stalwart batsmen Virat Kohli and AB de Villiers failed to convert their starts into big total and were dismissed cheaply.

Mumbai bowlers pulled the things back and choked the flow of runs, taking the wickets in between as Bangalore could manage to muster 164/6. 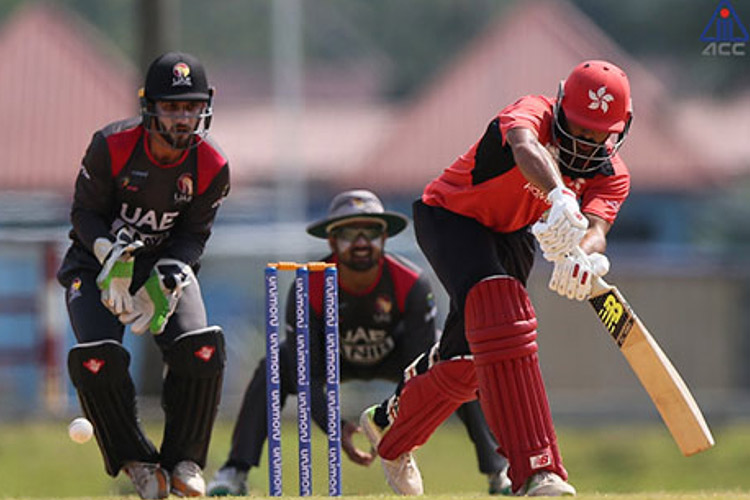 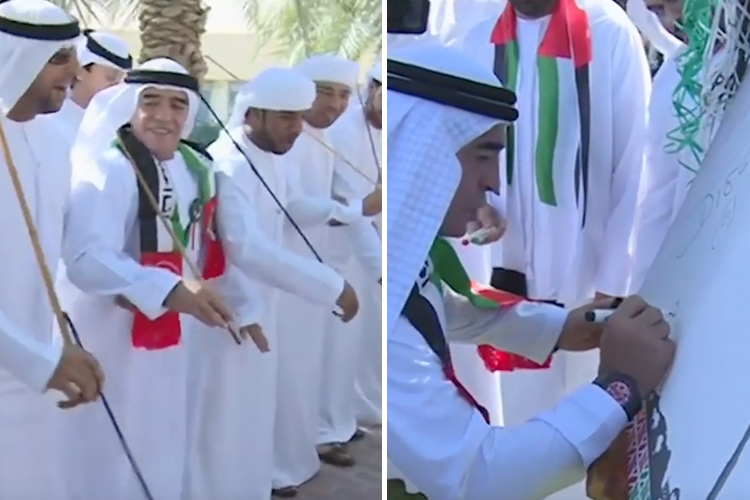