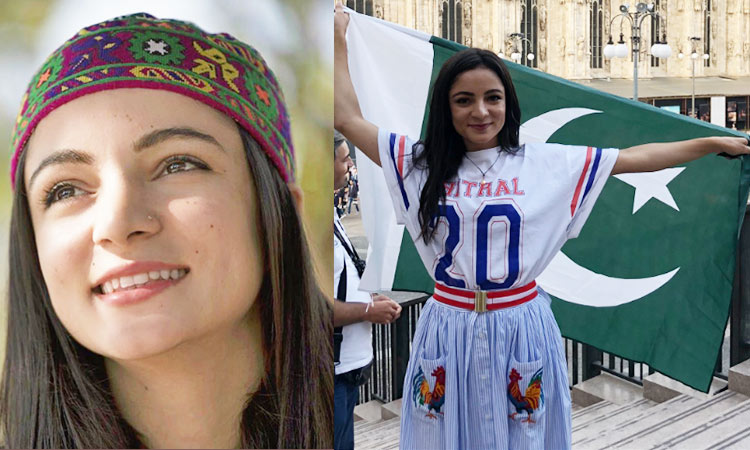 Running a football club for girls from poor families in a remote, mountainous area of Pakistan is hard enough at the best of times, let alone during a pandemic.

But footballer Karishma Ali has not let the coronavirus stop pursuing her dream of helping girls in her impoverished native Chitral region, high in the Hindu Kush Mountains, to have a better future.

China wants football to be bridge with the world: FA top official

The 23-year-old, who has represented her country at international football tournaments, said the pandemic had only made her more determined to give girls the opportunities often reserved for boys in Pakistan.

"Unlike boys, who could go out and play, girls remained cooped up, specially since even schools were closed," Ali said,

Karishma Ali has just completed a degree in business and management. 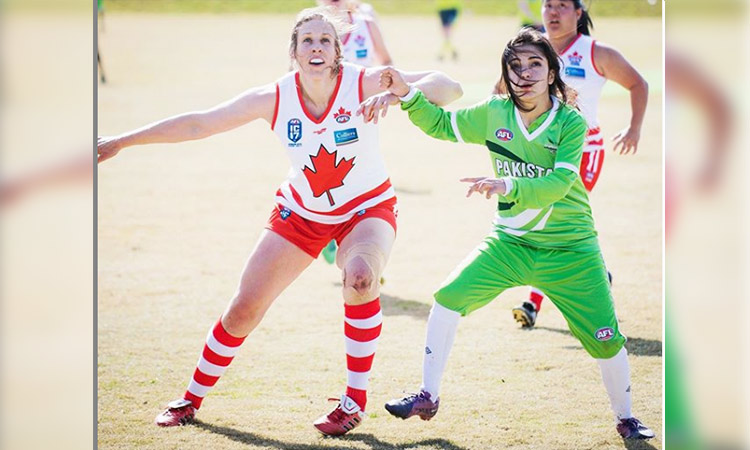 She was selected for Forbes magazine's 30 Under 30 Asia list of rising stars, alongside tennis champion Naomi Osaka.

"Many had to help with household chores, which certainly was not much fun."

Ali started her high-altitude sports club two years ago with 60 girls aged between eight to 16, and now has nearly 150 members who ski, play volleyball and cricket as well as football.

She hopes it can help them overcome the twin challenges of poverty and sex discrimination in a country where boys' education is prioritised, by helping them get sports scholarships in professional colleges.

It has not been easy - when the community discovered Ali's own football career, some were deeply hostile, and she received messages threatening to kill her if she continued.

"It was as seen inappropriate culturally because I would wear shorts, thereby baring my skin," she said. 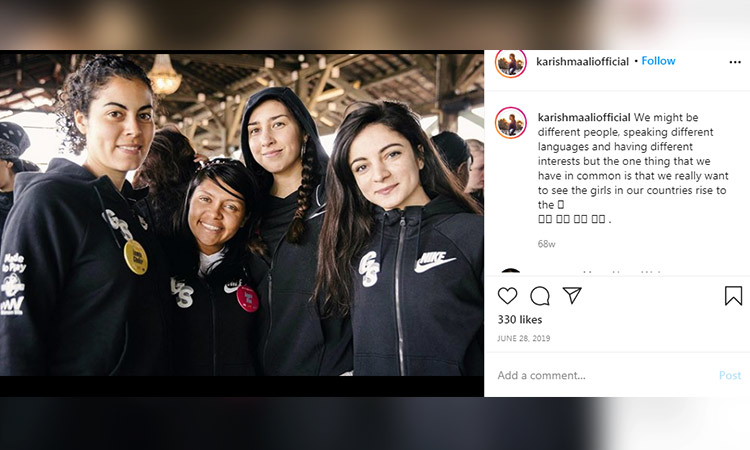 The situation eased last year when she was selected for Forbes magazine's 30 Under 30 Asia list of rising stars, alongside tennis champion Naomi Osaka and K-Pop band Blackpink, and the community began to recognise her achievements.

Next month, 30 of the girls will have a week of training from professional coaches in Islamabad - something Ali said would be a "giant educational step" as most have never left their communities.

She has also raised funds for a van to take them to the field where they train - a two-hour walk from where they live - to escape disapproval from the community.

Her own family supported her dream of becoming a footballer, she said, calling her father a "feminist" who "believed in me when even I did not believe in me".

Society as a whole is less supportive, said Ali, who wants to see more state backing for sport in a country whose Prime Minister, Imran Khan, is a former cricket star.

She dreams of one day playing for a national team, but that will have to wait - Pakistan does not currently have a women's football team.

"I struggle every day myself," said Ali. "I work very hard at my end, but am not sure if the country's sports management is putting in the same effort."

If she has learned one lesson from her sporting career, however, it is this: "Fight no matter what, get up after a fall and be a leader," she said.

After the coronavirus struck Pakistan, we observed a shift in the behaviour of the society, moving from patterns of individualised frenzy to a more collective one. Typically, one traverses the double roads to the sector centres to find that even the miserly are fully equipped with the proper health cautions, and an inflow of only concerned adults stockpiling their carts with necessary rations – a display of community caution.

As the coronavirus-testing capacity is increasing in Pakistan many new cases of COVID-19 are emerging on a daily basis (“No immediate plan to go for stricter lockdown: Minister,” May 29, Gulf Today).

In New Zealand, health authorities have not found any new virus cases for a week. Meanwhile, Pakistan on Friday reported 57 deaths, the highest single-day increase since the outbreak began and most cases in India are concentrated around its largest cities.