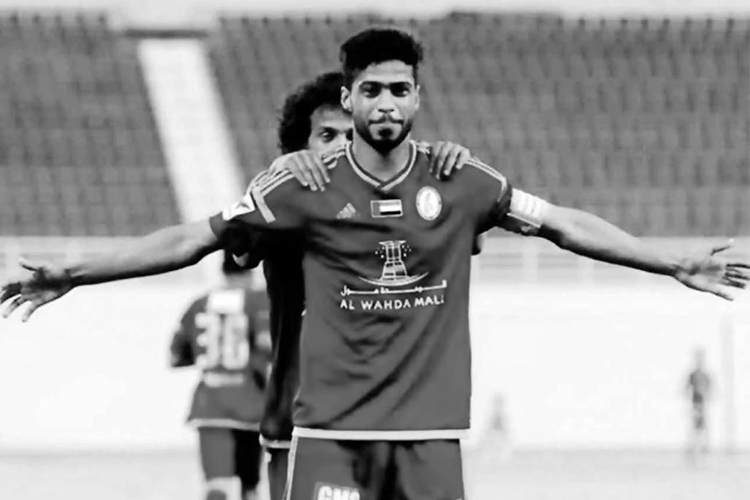 Football fans in the UAE were shocked and plunged into grief after news broke out that Emirati footballer Sultan Saif died along with his wife and son in a car crash on Thursday. He was 27.

The car that Sultan was driving crashed into a truck in Abu Dhabi. The incident happened on Thursday afternoon.

He and his son died instantly. His wife died in hospital later. 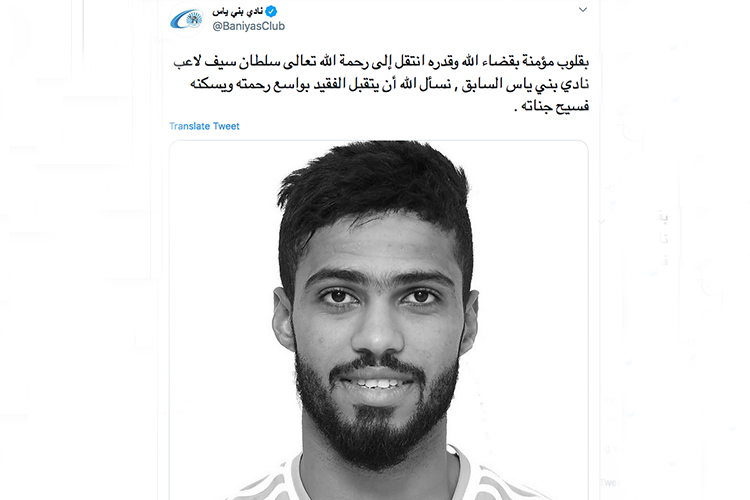 “The club's family expresses its sincere condolences to the family and relatives of the deceased, asking Allah Almighty to grant solace to the family.”

Baniyas Club said on Twitter, “With a heavy heart, we  mourn the death of Sultan Saif, the former Bani Yas club player.”

Sultan Saif was born on June 10, 1993. He started his football career with Al Wahda football academy and played for Bani Yas and Kalba clubs.
In the UAE second division with Al Falah club, Sultan Saif was the top scorer last year.