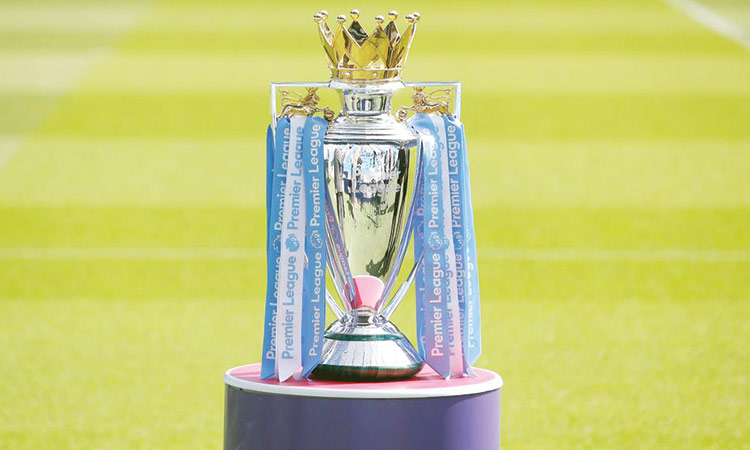 The controversial ‘Project Big Picture’ includes proposals to reduce the EPL from 20 to 18 teams and abolish the League Cup and Community Shield. File

English Football League (EFL) chairman Rick Parry has praised Liverpool and Manchester United for “showing leadership” after they came up with a radical plan to overhaul the English Premier League (EPL) that he believes will benefit the whole game.

The controversial “Project Big Picture” includes proposals to reduce the EPL from 20 to 18 teams and abolish the League Cup and Community Shield.

The club finishing 16th in the Premier League would join the Championship play-offs while there would be greater voting rights for the nine longest-serving Premier League clubs.

Under the plan, EFL clubs would receive an immediate £250 million ($325 million) rescue package and a 25 percent future annual share of Premier League revenue.

Football in England has been played behind closed doors since March because of the coronavirus pandemic and lower-league clubs are facing financial calamity, with fans barred from stadiums.

Parry insists the proposals -- which would be the biggest shake-up of English football in a generation -- offer the best chance of securing the future of clubs outside the top flight but they have been deeply divisive.

The EPL said the plans would have a “damaging impact on the whole game” while the Department for Digital, Culture, Media and Sport criticised “backroom deals”.

LIVERPOOL, UNITED HAILED: But Parry, a former chief executive of Liverpool and the Premier League, was fulsome in his praise for Liverpool and United, England’s two most successful clubs.

“It is two of our great clubs showing leadership when it is needed, exercising great responsibility, and from the EFL point of view it is making our clubs sustainable and bridging the gap between the top of the Championship and and the bottom of the Premier League,” he said.

“The cherry on the icing on the cake is the prospect of a £250 million rescue fund immediately, which does of course help, but the principal part of the story is the biggest reset since the formation of the Premier League which, all being well, will set up the pyramid for the next 25 years. The proposal is designed for the greater good of English football.”

Parry said the EPL has had plenty of opportunity to come up with plans of their own.

“They could have come up with a plan like this at any time,” he added. “How long has it taken to get a short-term rescue package even to the starting gate? Months.”

“The message from Liverpool and Manchester United and their ownership is they actually genuinely do care about the pyramid,” Parry added.

“This hasn’t been rushed together, this isn’t a Covid plan, it has been years in the thinking and months in the making.”

Salford co-owner and former Manchester United defender Gary Neville said “there is too much good in this plan to dismiss it”.

THUMBS DOWN FROM BORIS: However, Prime minister Boris Johnson’s spokesman said on Monday that England’s top soccer clubs need to come up with a package of support for the whole sport, adding that a current proposal does not have widespread support.

“We would strongly urge the Premier League and the EFL to continue to work constructively to come up with a deal to provide the comprehensive package of support for the whole football family,” the spokesman said.

Earlier, the minister who oversees sport in Britain said he feared a plan by Liverpool and Manchester United to restructure the EPL was a “power grab” that could prompt a deeper look at the governance of the sport.

Asked about that plan, PM Johnson’s spokesman said: “It’s clear that this proposal does not command support throughout the Premier League, and it is exactly this type of backroom dealing that undermines trust in football governance.” 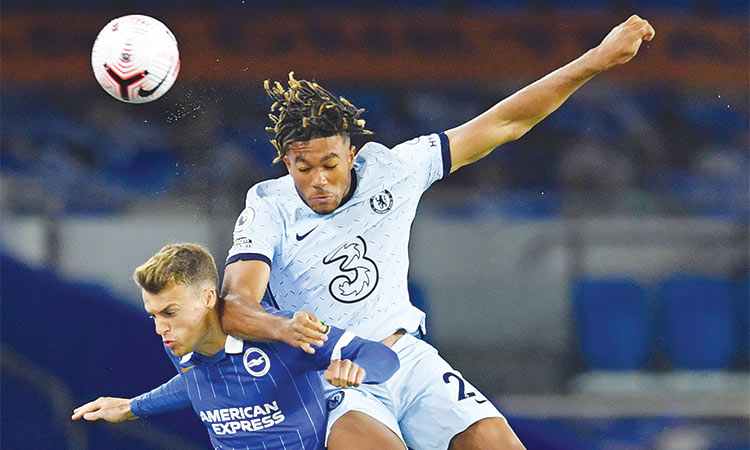 Lampard hails James and German duo after victory over Brighton