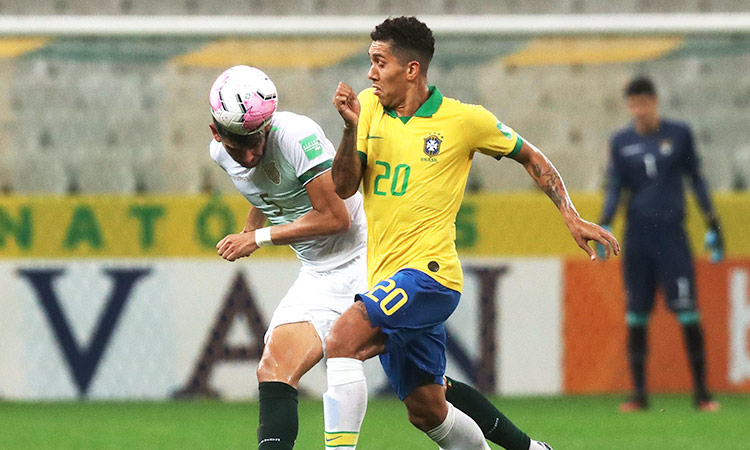 In a Corinthians Arena deserted due to Covid-19 restrictions, Bolivia showed almost no ambition as Brazil dominated throughout, with PSG’s Neymar starting after overcoming a back problem.

Inside the first minute, winger Everton volleyed wide from inside the six-yard box and three minutes later his cross was headed off-target by Marquinhos from a similar position. Bolivia couldn’t get out of their half, or on the ball, as Coutinho and Everton created a slew of chances down Brazil’s left.

The pressure told on 16 minutes as Marquinhos headed home from an identical position to his earlier chance as full-back Danilo swung over a cross from the right following a short corner.

Even a first half downpour couldn’t dampen Brazil’s thrust as Coutinho forced a diving one-handed save from goalkeeper Carlos Lampe with a deflected shot.

At times it looked like a handball game with Brazil camped on the edge of Bolivia’s box, and the visitors keeping 10 men behind the ball at all times.

But on the half hour, left-back Renan Lodi got in behind the defence and his cross from the left was turned home from barely a yard out by Firmino.

Lampe made a fine one-handed save from a Casemiro free-kick and then smothered a close range finish by Neymar.

By the end of the first half, Bolivia had had less than 20 percent possession and their only shot at goal was a free-kick from 40 yards by Fernando Salidas that didn’t even beat the wall.

If there were still any doubts Brazil would stroll to victory, they were dispelled three minutes into the second period when a sublime pass from Neymar presented Firmino with a tap-in from six yards.

On 65 minutes, a cross from Coutinho flew into the net off the unlucky Jose Carrasco’s chest.

Coutinho then got on the scoresheet heading home a cross from Neymar from six yards.

Neymar’s attempts to join retired great Ronaldo as Brazil’s second highest scorer of all time were frustrated by an offside flag and an injury time save by Lampe.

In the night’s other match, Colombia scored three goals in a superb first half to beat Venezuela 3-0 and get their 2022 World Cup qualifying campaign off to an impressive start at home in Barranquilla.

Venezuela are the only side in South America never to have reached the World Cup finals and they showed why in a disastrous opening 45 minutes at a fan-free stadium on Colombia’s coast.

Duvan Zapata put the home side 1-0 up after 16 minutes when he slid in and finished off a delicious low cross from Juan Cuadrado.

His Atalanta team-mate Luis Muriel made it two nine minutes later when he scored with a first-time shot from 10 meters out.

Muriel then got Colombia’s third just seconds before the half time whistle, when he completed a rapid counterattack.

Colombia took their foot off the pedal in the second-half minutes but Venezuela could make no impact and neither side could add to the scoreline in a calmer second 45 minutes.

“Since the first minute we imposed our game and that’s why we won,” Zapata said.

“Also, a good team is one that defends well. Today that was the key. Holding our lines in the back allowed us to use our talent up front.” 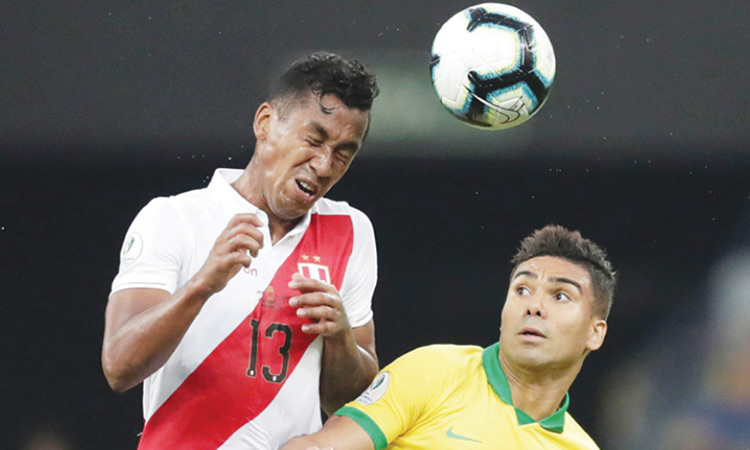