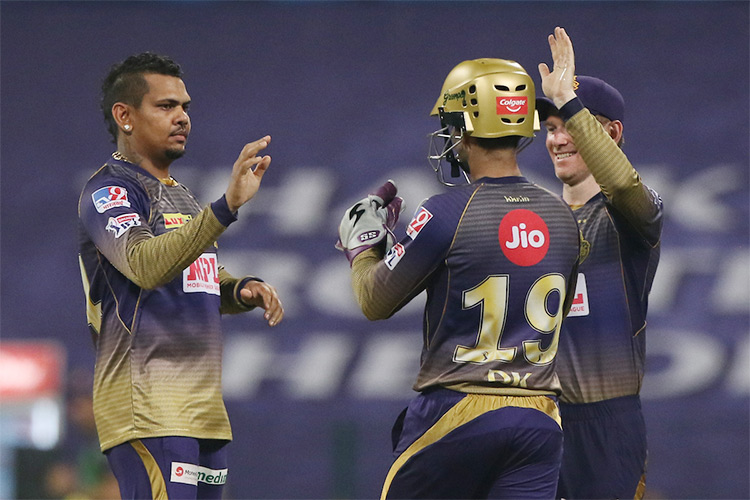 KKR players celebate after thier victory over CSK during their IPL match. Courtesy: Twitter

A six-pronged bowling attack led a late fightback as Kolkata thwarted Chennai to 157/5 to  successfully defend a mediocre total of 167. With the third victory from five matches, Kolkata have procured six points to move to the third spot in the standings to emerge as serious contenders for a last-four spot.

Shane Watson smacked his second consecutive fifty and shared a 69-run stand with Ambati Rayudu to take the score to 99-2 as Chennai looked set to be cruising to another thumping victory with just 68 runs needed off 7.5 overs with eight wickets in hands.

But they failed to capitalise on Watson’s innings as Kolkata bowlers made an incredible comeback. Chennai batsmen could manage to score only 47 in their last overs, despite losing two wickets only.

The unsuccessful chase exposed a chink in their batting line-up. The defeat will once again raise many eyebrows as Chennai failed to go over the line despite having five wickets in hands. 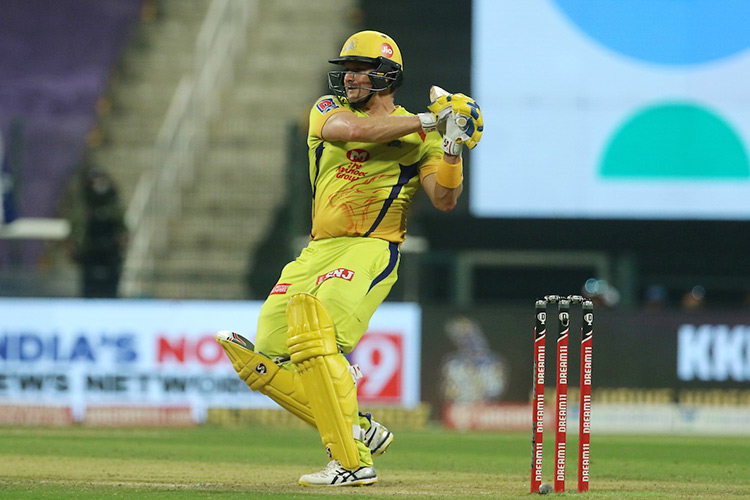 Shane Watson plays a shot during the IPL match.

MS Dhoni, Rayudu and Kedar Jadhav are the main culprits, who played at a painful snail’s pace as the match went out of Chennai’s reach.

Earlier, Rahul Tripathi scored a brilliant 51-ball 81 to propel Kolkata to 167. Tripathi and Shubman Gill gave Kolkata a decent start with a 37–run partnership for the first wicket.

Shardul Thakur broke the opening stand to give Chennai their first breakthrough. Tripathi shared a couple of good partnerships with Nitish Rana and Sunil Narine to lead the Kolkata charge.

He added 33 runs with Rana to take the score to 70-2.  Rana was dismissed by Karn Sharma. After his dismissal, Narine came out in the middle and played a quick-fire cameo of 17 off just nine deliveries, hitting one six and one four.

But the duo added a valuable 28 runs before Sharma struck again to make it 98-3 in 11 overs. After his departure England’s World Cup winning captain Eoin Morgan, who has delivered almost in every match since his arrival in the UAE, joined Tripathi, who was holding fort at one end.

After the departure of Morgan, Bravo and Curran ripped through the fragile middle order as Kolkata kept on losing the wickets at regular intervals to wind up the innings at 167.

Kolkata lost five wickets in just 27 runs, including that of captain Dinesh Karthik, who failed with the bat for the fifth consecutive innings. He has scored a total of 49 runs in the last five innings with a score of 30 – his highest this season – also featuring in it. His average is 9.8 and strike rate is hovering around 102.

Bravo accounted for the dismissal of three Kolkata batsmen including the prized scalp of Tripathi, who was waging a brave battle single- handedly. Tripathi was caught by Watson after playing a gritty knock. His innings was studded with eight boundaries and three sixes.

Bravo also got rid of Nagarkoti and Shivam Mavi within a space of three deliveries to leave Kolkata in a quagmire before Jadeja found Varun short of the crease to wipe off the tail.