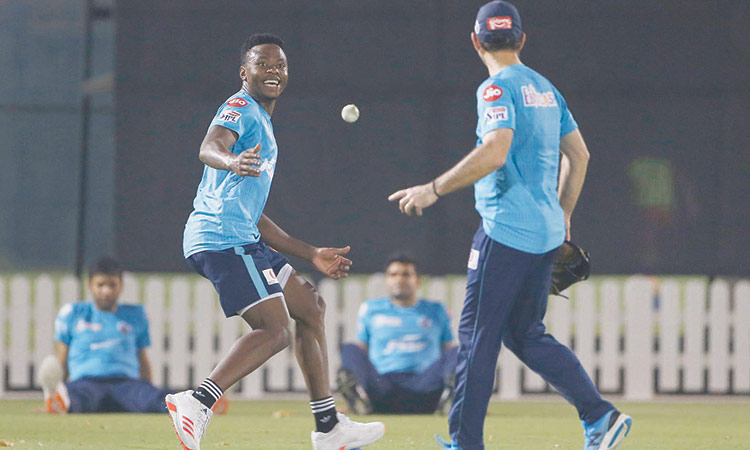 Both teams have procured six points each with three wins from their four games apiece. All the teams are trying hard to consolidate their position in the top four with some meaningful lead after a topsy-turvy fortnight.

Bangalore were more ruthless as they strolled to an eight-wicket win over Rajashthan, owing to brilliant batting performances by captain Virat Kohli and Devdutt Padikkal.

Padikkal is in great touch as he hit his third fifty of the season against Rajasthan. The opener was quite impressive once again and moved to the fourth place in the list of highest run-getters this season.

Aaron Finch also looks in fine touch. The best thing for Bangalore was the return of Kohli to form. After three disappointing innings, Kohli finally seems to have hit the right chord. He smashed an unbeaten 73 to lead from the front.

He put all doubts to rest about his form with a match-winning knock against Rajasthan. A knock which was due sooner or later. The Bangalore captain will provide more stability to the middle order with a very dependable Villiers, who has been amongst runs with 146 from four games.

All-rounders Shivam Dube and Gurkeerat Singh down the order are capable of hitting big shots and spur the run rate.

In bowling, Isuru Udana along with Navdeep Saini look in good touch. Yuzvendra Chahal will once again be Bangalore’s main bowler, as the leg spinner has already delivered twice with three-wicket hauls against Hyderabad and Bangalore.

Washington Sundar hasn’t been among the wickets but the 21-year-old has been pretty economical, mounting the pressure on the batsmen.

On the other hand, Delhi survived an Eoin Morgan scare in Sharjah to eke out a thrilling win against Kolkata.

Morgan lit up the Sharjah Cricket Stadium with some fireworks and almost took Kolkata to an improbable victory, after Delhi captain Shreyas Iyer’s blitzkrieg (unbeaten 88 off 38) propelled DC to a massive 228/4.

The DC top-order, barring Shikhar Dhawan, looks in sublime touch and has explosive batsmen Marcus Stoinis and Shimron Hetmyer down the order to spur the scoring in the death overs with some big hitting.

Delhi wicket-keeper Rishabh Pant also returned to form with a 17-ball 38-run cameo. Dhawan (26 off 16) started his innings well against KKR but the left-hander failed to convert it. He is yet to click.

They have one of the most potent bowling attack. Kagiso Rabada will once again spearhead the pace attack along with countryman Anrich Nortje, who bowled a decent penultimate over against KKR, getting the scalp of Morgan, conceding only five runs. Rabada was a little expensive against KKR but he is a class act and knows how to bounce back.

Ravichandran Ashwin and leggie Amit Mishra, who were amongst runs against KKR, will share the spin workload but the entire DC bowling unit needs to be very careful against a side that boasts some quality power-hitters of the T20 format.