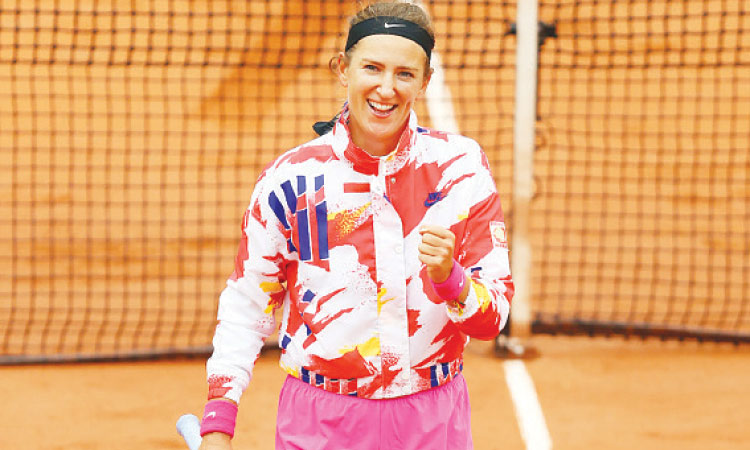 Belarus’ Victoria Azarenka celebrates after her win over Montenegro’s Danka Kovinic during their women’s singles first round match in Paris on Sunday. Agence France-Presse

Paris: Former champion Stan Wawrinka brushed aside Andy Murray 6-1, 6-3, 6-2 in the marquee match-up on the opening day of Roland Garros on Sunday.

Murray, who needed a wild card to play in Paris this year, was competing in a clay court tournament for the first time since that clash.

Wawrinka fired 42 winners past the former world number one and will take on Dominik Koepfer of Germany for a place in the last 32.

Meanwhile, Venus Williams suffered a third successive first round exit at the French Open as she lost in straight sets to Slovakia’s Anna Karolina Schmiedlova.

The 40-year-old Williams, runner-up at Roland Garros to sister Serena in 2002, was beaten 6-4, 6-4 by an opponent who snapped a 12-match Grand Slam losing streak.

It marked Williams’ third first round defeat in a row at a Slam after exiting the US Open and Australian Open at the same stage.

The seven-time Grand Slam champion has not been past the third round at a major since 2017. She has lost eight of nine matches on tour this year.

Williams dropped serve six times in cold, blustery conditions in Paris as Schmiedlova registered her first main draw victory at a Slam since the 2015 US Open.

Earlier, former world number one Victoria Azarenka believes the biting cold and steady rain at Roland Garros could cause serious injury after being forced to “sit like a duck” in weather conditions she blasted as “ridiculous” in her French Open first round tie.

The 31-year-old 10th seed eased past Danka Kovinic, the world number 74 from Montenegro, 6-1, 6-2 in just over an hour in a tie played out on an almost crowd-free Court Suzanne Lenglen due to coronavirus restrictions.

The US Open runner-up had been unhappy when rain fell steadily in the first set, adding to the misery of playing in 10 degrees (50F).

After just 15 minutes, play was suspended. However, the Belarusian regained her composure when the match resumed even if she did complete it wearing black leggings and a tracksuit top.

She will face 40-year-old Venus Williams or Anna Karolina Schmiedlova for a place in the last 32.

Later, she told reporters that she agreed with 12-time champion Rafael Nadal’s belief that the chilly conditions of playing in the autumn, rather than the tournament’s traditional May-June slot, as well as the heavier balls, brought fresh challenges. 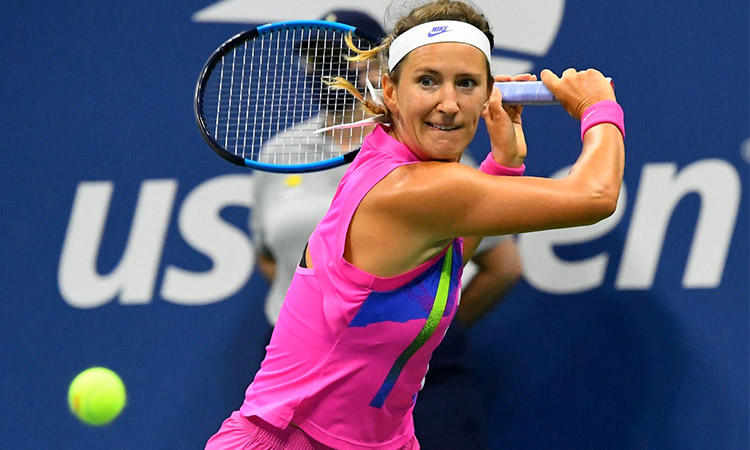 Serena Williams falls to Azarenka in US Open semi-finals

Serena Williams was beaten 1-6 6-3 6-3 in the semi-finals of the US Open by Victoria Azarenka on Thursday, denying her the chance of winning a record-equalling 24th Grand Slam singles title on home soil this year.