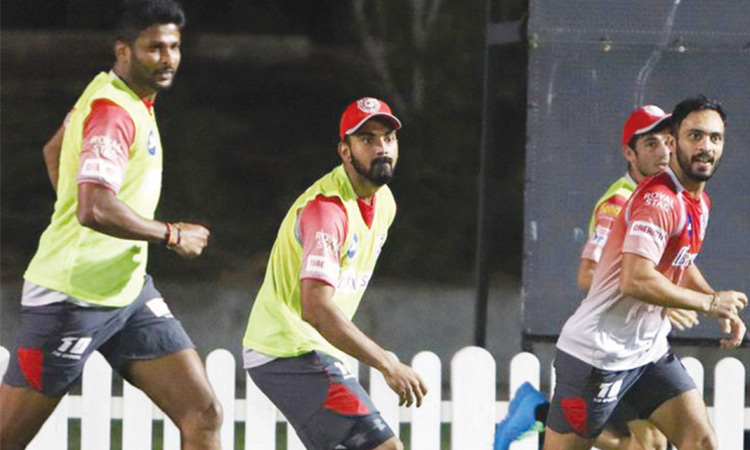 Mohammad Abdullah, Staff Reporter
A brimming Kings XI Punjab will hope captain KL Rahul repeats his performance of the previous match when they take on Rajasthan Royals (RR) in their third Indian Premier League (IPL) match in Sharjah on Sunday.

Rahul smacked a blitzkrieg century to help set up a 97-run victory over a hapless Royal Challengers Bangalore (RCB). Rahul led from the front with a 69-ball 132 as a rampaging Punjab bulldozed an out-of-colour Bangalore to register their first win in the tournament after going down to Delhi Capitals in their opening match.

Much of the Punjab batting will once again revolve around Rahul, Mayank Agarwal and Glenn Maxwell. Agarwal played an excellent knock against Delhi in their first match, which went into Super Over. Rahul has already delivered while Maxwell is yet to click.

Maxwell, who got out cheaply in both their previous encounters, came into the tournament in a rich vein of form from the England series.

He was man of the series and smashed a century and a fifty in the three-match ODI series. Maxwell was the most successful player when the IPL was shifted to the UAE in 2014. He scored 300 runs in five matches as Punjab remained unbeaten in the UAE leg of the tournament. The Australian all-rounder is due to play a big knock.

Chris Gayle is likely to wait for a few more games before making his appearance for Punjab. Rahul already dropped a hint that the swashbuckling West Indian will play when the right time comes.

Meanwhile, a buoyant Rajasthan will look to extend their winning streak after an emphatic victory over Chennai Super Kings.  Riding on stupendous knocks by captain Steve Smith and Sanju Samson, Rajasthan posted a huge total of 216/3 and restricted CSK to 200.

Rajasthan have further been bolstered by the inclusion of England’s explosive wicket-keeper batsman Jos Buttler.

Buttler had missed the first match as he was serving a mandatory quarantine period of six days after arriving in the UAE. Unlike his peers, Buttler did not come from a bio-secure bubble so he had to stay in isolation for six days instead of three. He came here with his family due to which the bio-secure bubble was breached.

“Great to start a campaign on a winning note. The team played fantastically well in the first game. It was an outstanding batting performance and a great bowling performance in tough bowling conditions,” said Buttler in a press release posted by Royals on their website.

“I am really excited to play my first game, it was great to be joining the team in training. There’s a great vibe around the team, so I’m really looking forward to taking the field. The atmosphere and energy around the squad is fantastic. Obviously, (there’s) lots of confidence after that first victory in the first match,” he added.

The England batsman also hailed Rahul for his fantastic innings against RCB.

“The training has been very energetic, guys are lively and enjoying each other’s company. So yeah (it’s a) good atmosphere around (and we are) expecting a really tough match against Kings XI,” said Buttler.

“Obviously a fantastic team, KL Rahul was in exceptional form the other night against RCB, so he will be a key wicket as always and I think we’ll see another potentially high-scoring game at Sharjah with small boundaries and the dew factor coming in to play as the game progresses,” he concluded.