Kolkata and Hyderabad look to bounce back after early losses - GulfToday 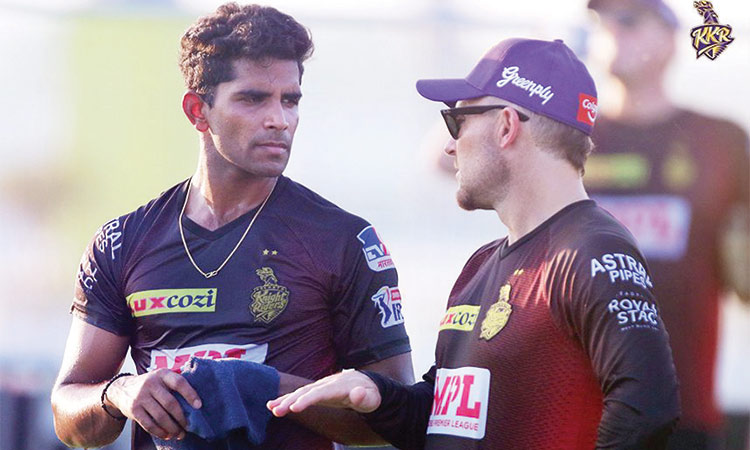 KKR lost to Mumbai Indians (MI) in the first match by 49 runs after an abject surrender by their batsmen. A Rohit Sharma-led Mumbai posted a huge total of 195 runs. KKR batsmen failed to put up any challenge against a disciplined bowling attack of MI.

The concern for KKR will be the opening partnership. They need an explosive start from the openers. Both their openers had disappointed miserably.

Even captain Dinesh Karthik along with Nitish Rana tried to anchor the innings but the pair consumed too many deliveries as the asking rate had skyrocketed.

Their snail pace partnership brought too much pressure on Andre Russell and Eoin Morgan. They succumbed to the pressure of ever-spiralling asking rate and threw away their wickets playing rash shots.

Karthik may revise his strategy and bring either Russell or Morgan up the order. Having two explosive batsmen sitting in the dugout while chasing a big total did not go down well with the pundits and fans.

Australian pacer Pat Cummins redeemed with the bat for his bowling howler, when he conceded 49 runs off his three overs.  Cummins’ batting blitz of 12-ball 33 towards the end of the innings was the only positive for KKR in the match. He might be promoted up the order for a few quick runs. Looking at his hitting prowess, it is evident, he would be a better option in a big chase than Rana.

But, Cummins, who was the one of the most expensive overseas players, will have to work on his length, especially in the death overs. Bowling short on the UAE pitches is not a viable option for any pacer.

Shivam Mavi was also impressive for KKR with the ball. The Uttar Pradesh all-rounder showed a lot of character against a formidable MI batting, conceding just 32 runs and picking up two important wickets, including that of Rohit.

On the other hand, a depleted Hyderabad has been weakened by the absence of Mitchell Marsh, who has been ruled out of the tournament after picking up an injury in their first match against Royal Challengers Bangalore (RCB).

He twisted his ankle on a follow through just after bowling four balls. He has been replaced by West Indian captain Jason Holder.  But Holder will not be available for the selection against KKR as he has to complete a mandatory six-day quarantine after arriving in the UAE.

Holder’s presence will be a boost for SRH in the coming matches, as the West Indian has a rich experience of playing in the UAE. He has played a lot of matches on UAE turf during the Pakistan Super League (PSL).

Hyderabad’s batting will revolve around openers Jonny Bairstow and captain David Warner. Warner steered SRH to their maiden tournament win in 2016. He was the second-highest run-scorer for them in their title-winning effort with a monumental 848 runs. On his return to franchise after a one-year ban, he scored 692 runs in 12 matches in the 2019 edition.

Warner was dropped by Hyderbad for one season in 2018, when he was serving an international ban in the Sandpapergate controversy against South Africa.

England’s explosive batsman Bairstow can also change the complexion of any game and looks in great touch as he smashed 61 off 43 against RCB.

However, their concern will be their middle-order. SRH’s last seven batsmen could manage to score a combine of 25 runs. None of them could reach the double-figure mark even. They may bolster their batting and ring in a few changes.