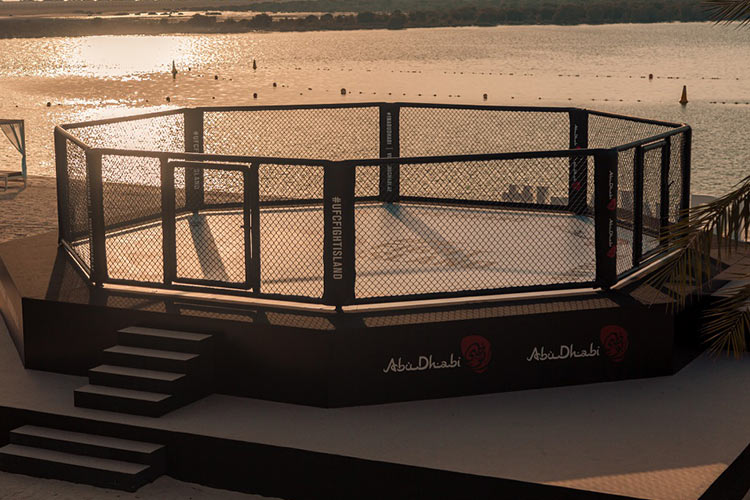 A view of the UFC ring in Abu Dhabi.

“Super cool” Abu Dhabi and UFC Fight Island provide the world’s best fighters with a special platform to showcase their talents to the world, according to American athlete Dominick Reyes, as he prepares for his moment in the spotlight at UFC 253: Israel Adesanya vs in the UAE capital on Spet.27 Reyes, nicknamed “The Devastator’, faces Poland’s Jan Blachowicz for the light heavyweight title bout, the co-main event on Saturday night in the first Return to UFC Fight Island card.

With the stage set, and the UFC Fight Island safe zone ‘bubble’ in place, Reyes is ready to make his mark. 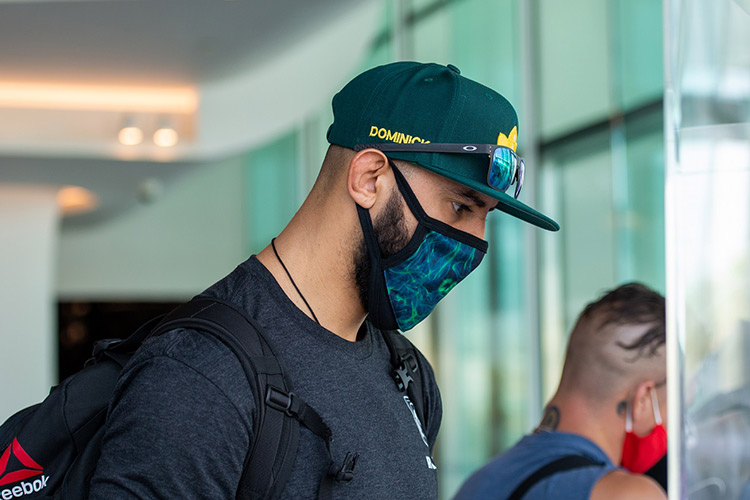 Dominick Reyes checks in for the Return to UFC Fight Island.

“This (Return to UFC Fight Island) is massive, especially in a place like Abu Dhabi. It’s such a special environment, it takes a special kind of person to come here and I can’t wait to show the world what I’ve been working on,” said the 30-year-old athlete.

“I mean UFC Fight Island is going to go down in history. Abu Dhabi is a beautiful place. The hospitality is amazing. This is such a cool, monumental event and I’m extremely honoured to be part of it.

He added: “My camp has been great, I trained great. I’m fast and focused and I’m ready to go out there and be the next light heavyweight champ.”

Prior to his UFC 247 encounter with Jones, Reyes lit up Chris Weidman and posted quality performances against former title challengers Volkan Oezdemir and Ovince Saint Preux to solidify his standing as one of the top contenders in the division.

Now, seven months after nearly dethroning one of the most dominant champions in UFC history, Reyes ventures back into the Octagon, focused on walking out with the light heavyweight title around his waist.

Having achieved a new benchmark in global sport safety with its pioneering ‘bubble’ concept at the inaugural UFC Fight Island in July, the Department of Culture and Tourism – Abu Dhabi (DCT Abu Dhabi) is duplicating the experience with a 6 square km safe zone for Return to Fight Island, which incorporates the arena, hotels, and training facilities, as well as entertainment and dining establishments.

The safe zone is only accessible to UFC fighters, coaches, delegates and UAE-based event personnel, as well as employees necessary to ensure operational continuity of Yas Island facilities.

Designed to ensure the wellbeing of all UFC Fight Island participants, Abu Dhabi residents, and visitors, the robust health and safety measures signal Abu Dhabi’s readiness to revive tourism and welcome visitors back to the emirate once commercial flights to Abu Dhabi International Airport resume.

These measures also underline the Government of Abu Dhabi’s collaborative COVID-19 response, widely recognised as being among the finest in the world.