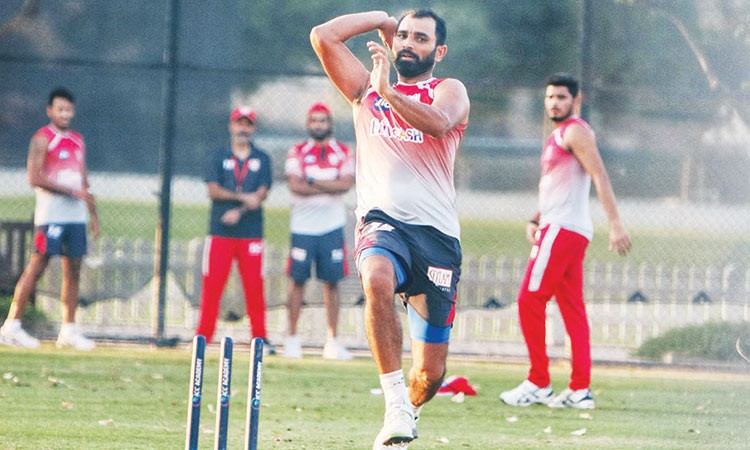 RCB defeated Sunrisers Hyderabad by 10 runs in their opening game of the IPL. RCB hope their middle order delivers this time around.

RCB have a star-studded batting line-up with the likes of Virat Kohli, AB De Villiers, and Aaron Finch in their ranks.

Despite getting off to a fiery start given by Devdutt Padikkal and Finch, RCB could manage to post only 163. At one stage they looked poised to go past 180.

After losing two wickets on the same score, the RCB run flow slowed down. Kohli and De Villers anchored the innings but before the skipper could change his gear, he lost his wicket.

Padikkal smacked a quick-fire 56 and AB De Villiers also added a blitzkrieg 51 off 30. But skipper Virat Kohli, who failed to fire in the opener, is due for a big innings.

Kohli is the highest scorer in the IPL with more than 5,000  runs under his belt. When Kohli clicks, more times than not the result is in favour of RCB.

RCB pacers failed to impress as both Dale Steyn and Umesh Yadav conceded a combined 81 runs in eight overs, sharing just one wicket between them.

At one point, SRH looked to be cruising easily towards the target before Yuzvendar Chahal triggered the dramatic collapse.

Chahal was the pick of the bowlers returning with a figure of 3-18. He was well supported by Navdeep Saini and Shivam Dube, who took two wickets each.

Meanwhile, Kings XI Punjab will look to bounce back from the disappointment of the loss in the first match against Delhi Capitals.

Punjab was defeated by Delhi in the Super Over after the match was tied in regular overs. Punjab could manage to score only two runs in the Super Overs, as South African pacer Kagiso Rabada sent back both the batsmen with three balls to spare.

West Indian swashbuckling opener Chris Gayle, who was dropped by captain KL Rahul in the opener, is likely to make it to the playing XI. Gayle’s omission had raised many eyebrows. His absence was badly felt in the Super Over by Kings.

The left-hander has scored the most number of centuries in the IPL. He has also scored more than 4,400 runs with six hundreds and 35 fifties at the richest cricket league of the world.

With Gayle set to return, Rahul may bring himself down the order to consolidate the middle -order with Glenn Maxwell.

Maxwell failed to rekindle the same form as that of 2014. He was the most successful batsman, scoring 300 runs in five innings when IPL was shifted to the UAE in 2014 in the wake of general elections in India.

Maxwell was in stupendous form in the preceding series against England also. He score a century and a fifty in the three-match series to run away with the man of the series trophy.

But he failed to create the same magic in the first game of the IPL for Punjab. They will hope Maxwell returns to form and delivers for them.

Kings bowling will once again be spearheaded by India pacer Mohammad Shami, who took three wickets in the first match, conceding only 15 runs.

Sheldon Cottrell supported him well as he also took two wickets for 24 runs in 4 overs. Ravi Bishnoi also had an impressive debut and will look to carry on his form in the next match.