Mbappe scores on return as PSG down Nice; Saint-Etienne held 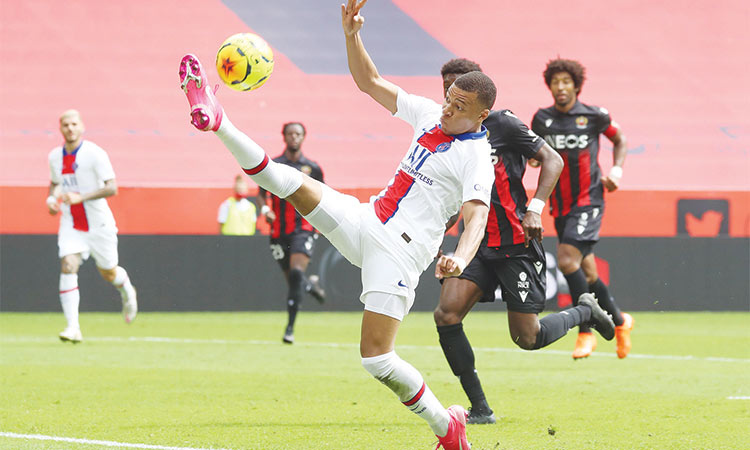 NICE: France forward Kylian Mbappe marked his return to action with a vintage performance and a goal as champions Paris St Germain rediscovered their form with an impressive 3-0 win at Nice in Ligue 1 on Sunday.

Mbappe, who missed the opening three games after contracting the coronavirus, fired PSG ahead with a 38th-minute penalty and had a big part in Angel Di Maria’s strike before Marquinhos headed home the third in the second half.

“I was just happy to put the jersey back on because here in Paris when you miss a game, it’s like you’ve missed 10,” Mbappe told Canal Plus television.

“I spent the last few days watching television and I couldn’t wait to come back. It was nice to score but we are still going through a complicated period and it’s not easy to live with.

“It was a stylish victory and getting back to winning ways is perfect.”

PSG made a sluggish start to their campaign as they lost the opening two matches and eked out a last-gasp 1-0 home win over Metz on Wednesday but they tore Nice apart with sublime skill and crisp one-touch passing.

Mbappe blasted his spot-kick into the roof of the net after he was fouled by Khephren Thuram and Nice goalkeeper Waller Benitez could only parry the forward’s crisp low shot for Di Maria to sweep home the rebound on the stroke of halftime.

The visitors missed a string of chances in the second half with striker Mauro Icardi hitting the post, before Marquinhos added the third with a glancing header from a Di Maria cross.

Ander Herrera also hit the woodwork with a deflected shot in the first half while the home side were denied by acrobatic goalkeeping from Keylor Navas. The result lifted PSG to seventh place on six points from four games, with Nice slipping to 10th also on six points.

Saint-Etienne just about held onto top spot in the table despite throwing away a two-goal lead to draw 2-2 at Nantes and end their perfect start to the new season. Claude Puel’s side are level on 10 points with next weekend’s opponents Rennes.

Teenage defender Adrien Truffert had a dream debut on Saturday, coming off the bench to set up the equalizer and score the winner as Rennes beat Monaco 2-1 to move top of the French league. The 18-year-old left back was only on the field because of an injury to Faitout Maouassa late in the first half.

With nine minutes remaining, Truffert’s pinpoint cross from the left was met by France midfielder Steven Nzonzi’s downward header. Truffert then slotted home from the edge of the penalty area two minutes into stoppage time.

Unbeaten Rennes has 10 points from four games, but Saint-Étienne only needs a draw at Nantes on Sunday to reclaim first place on goal difference.

Monaco seemed in control after striker Wissam Ben Yedder struck in the 28th minute. The France international made the most of his chance, blasting the ball into the top left corner after Rennes center back Damien Da Silva and Nzonzi made a mess of heading the ball away. 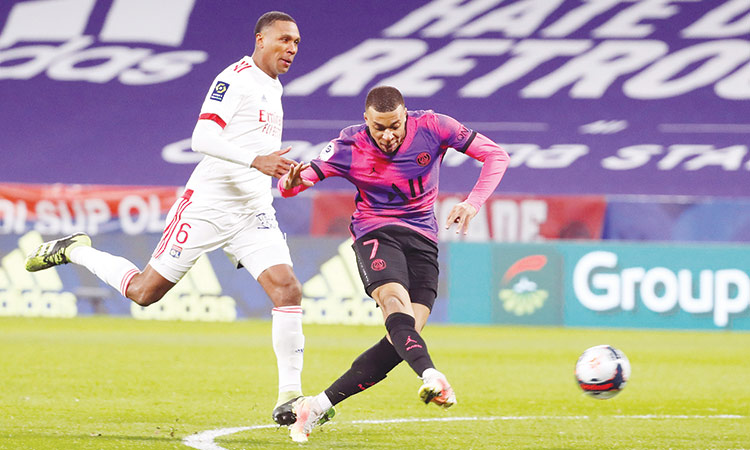 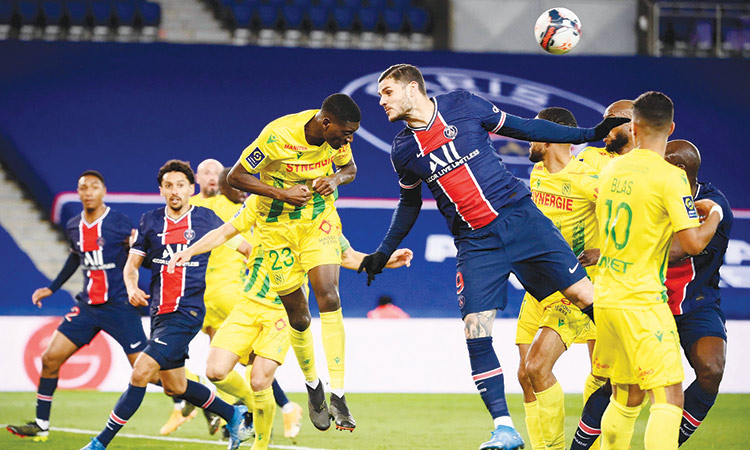