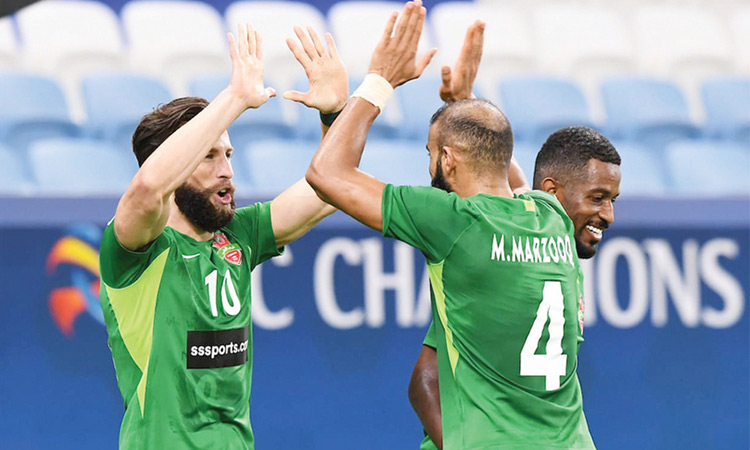 Action in the Shabab Al Ahli Dubai versus Shahr Khodro Group B match of the 2020 AFC Champions League played on Thursday. Courtesy: AFC

Shabab Al Ahli Dubai FC and Pakhtakor FC have it all to play for when they lock horns on Matchday Five of the 2020 2020 AFC Champions League with the two sides in direct competition for a Round-of-16 ticket.

The two sides are separated by only one point; Pakhtakor sit second with seven points after four games while Shabab Al Ahli’s late resurgence took their tally to six points from four matches.

Shabab Al Ahli lost to Pakhtakor 2-1 in their opening game of the campaign but have since underwent a managerial change with Spaniard Gerard Zaragoza replacing Argentine Rodolfo Arruabarrena.

“We will go into this game as if it were a final because a loss here will mean elimination, while a win could vastly improve our chances of progression,” said Zaragoza.

“Each game has its own circumstances. Yes, I was not present in the first two group stage games, but I know the weather was bad in the first game against Pakhtakor, and Al Hilal’s players’ brilliance decided the second game. Pakhtakor are a good team and are difficult to face, they have a good squad and a good manager.”

“This is a final by all measures, everything is on the line here, but we do have experienced players who love participating in finals such as Carlos Eduardo.

“This game has a lot in common with our previous two matches against Shahr Khodro FC, where both teams have similar physical attributes, but I believe Pakhtakor are stronger in that regard. So, defence will play a huge role.”

Pakhtakor head coach Shota Arveladze is aware his team face a different Shabab Al Ahli side to the one they defeated on the opening matchday of the competition seven months ago.

“This game will be vital, but in a larger context the final two matches are always important. I will work on moulding the physical and tactical aspects of my team,” said Arveladze.

“We played against Shabab Al Ahli in the first match of the group and it was raining in Uzbekistan. The first half saw some good performances but there was a downpour in the second half, so performances were affected.

“Shabab Al Ahli have changed a lot since our last match – some players have left and others have come in such as Eduardo, who has not played much in the two previous games and was in a different position than what we saw with Al Hilal. I believe it will be an exciting match though absolutely crucial for us.”

When the two sides met on Matchday One, Dragan Ceran’s effort 20 minutes from time won the game for the Uzbek side after Pedro Conde had initially cancelled out Jaloliddin Masharipov’s magnificent chipped goal early on.

Meanwhile Al Shorta head coach Abdulghani Shahd has his eyes set on writing history for Iraqi football as his side take on Esteghlal in a do-or-die Group A clash, with the winners earning a place in the AFC Champions League Round of 16.

A win for the Baghdad-based side or a score draw with more than a goal will be enough to seal progress to the knock-out stage; a feat no Iraqi team in the history of the AFC Champions League has achieved.

Al Shorta beat Saudi Arabia’s Al Ahli in their Matchday Four fixture to move up to second, but having drawn Esteghlal 1-1 at home in their opening match, losing to the Iranians on Sunday will leave them bottom of the group, as will a goalless draw should Esteghlal manage to beat Al Ahli in the final match of the group.

“This match is a crossroads for both teams. I had previously said this match is the decider and we simply have to win it to avoid waiting for the last game,” said a defiant Shahd.

Al Shorta welcome back Iraqi international right-back Alaa Mhawi from suspension, but coach Shahd will be without the services of talismanic midfielder Mohammad Qassim who suffered an injury in the previous match.

Esteghlal return to action for their first game after the restart, and the two-time Asian Club Championship winners need four points from their next two games to reach the knock-out stages for the third time in four years.

“Al Shorta are a very good and powerful team; we played against them in Iraq and it was 1-1,” said head coach Majid Namjoo-Motlagh.

“The Al Shorta team we play against tomorrow are even better than in the first game; they are already more experienced in the competition now and have momentum on their side, but we prepared well and we are ready to take them on and move to the next stage.” 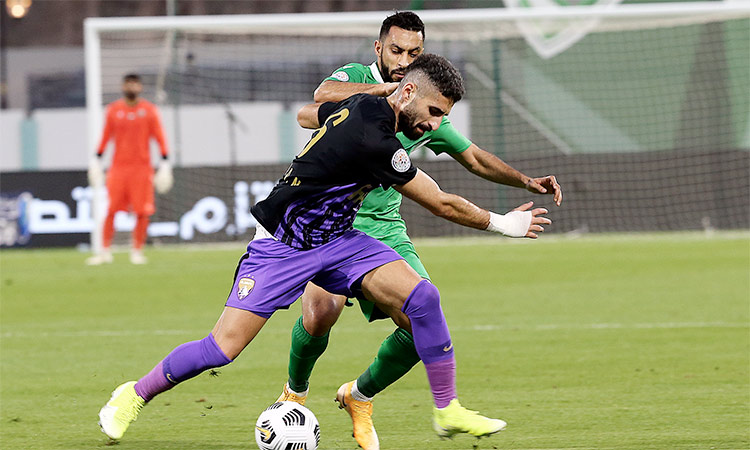