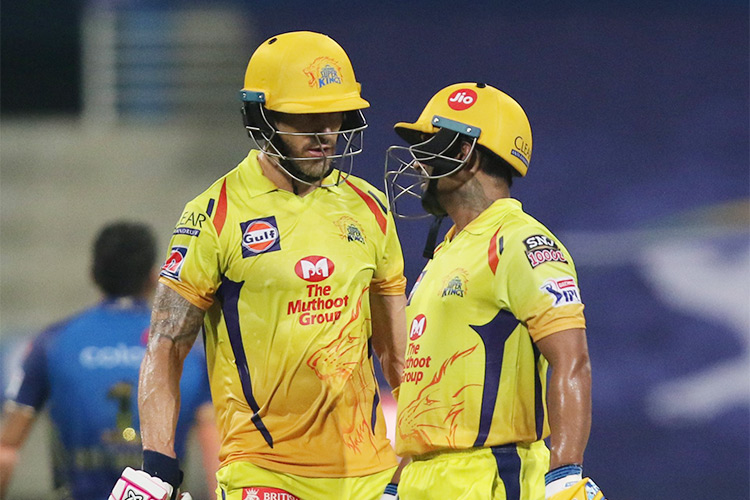 Ambati Rayudu (right) and Faf du Plessis have a chat during the match.

This is the first time CSK have beaten the MI after five matches in the IPL.

After limiting MI to 162/9 earlier in the evening, the CSK got off to a shaky start to their chase. Openers Shane Watson and Murali Vijay were dismissed in the first two overs and the CSK found themselves 6/2 at the start of the third. 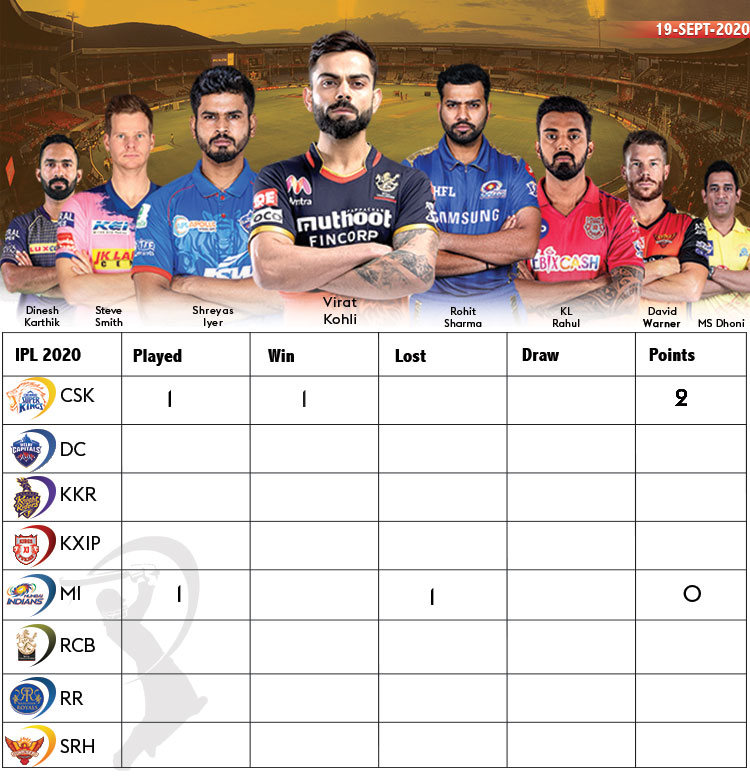 However, the next wicket came only 14 overs later and during this time, du Plessis and Rayudu put up 115 for the third wicket to practically take the game away from MI.

Rayudu took the attack to the opposition, smashing six fours and three sixes in a 48-ball knock. He was also helped by MI not able to hold on to their catches, surviving a close call in the ninth over when he was on 27 and then later off the second ball of the 16th over bowled by Rahul Chahar. He eventually fell off the last ball of the over, with Chahar taking an impressive catch sprinting backwards off his own bowling.

However, Sam Curran then launched a six-ball blinder to close any chance that MI may have visualised of winning the match. du Plessis ended the match with consecutive fours off the first two balls of the 20th and last over.