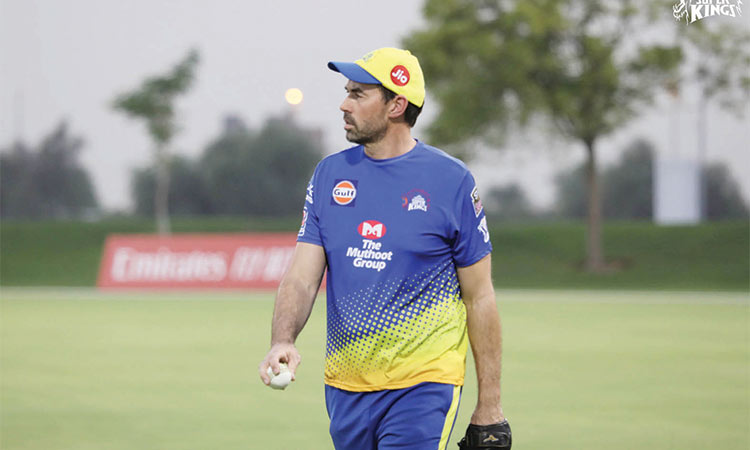 “The first game is always full of anxiety, excitement and nerves and CSK-MI match has added extra pressure to it and we enjoy that,” said an upbeat Fleming ahead of the tournament opener in an interview, which was posted by the team across all their social media platforms.

Four-time champions and holders MI and last year’s runners-up CSK will set the ball rolling when they meet in Abu Dhabi on Saturday.

“We’ve earned the right to play the first game by playing well last year, and given the way the final finished last year, it’s nice to have another crack at MI early on in the tournament.

“They are a very good side and it gives you a good gauge as to how the pre-season has gone and the areas that need improvement. You get a good idea after the first game as to where your team is sitting,” added Fleming.

“I see this season going to be very different tactically. With no real home ground advantage here, we’ve got to be very good at adapting to the conditions in each ground.  We’ve got three different grounds to assess and each ground has its own character and nuances and we’ve just got to be good enough to pick the right team and get the right game plan to match that. It’s like every game is an away game,” said the former New Zealand skipper.

The 13th edition of the IPL has been shifted to the UAE after India witnessed an unprecedented spike in the coronavirus cases. India has already reported five million cases till date.

All the matches will be played across three venues – Sharjah, Abu Dhabi, and Dubai. So, there will be no home and away advantage for any team.

“It’s one of the challenges of having to travel to Abu Dhabi, we’ve got to have to be very good on the day to have to assess the wicket and pick the right combination. One of the big challenges for IPL teams is to get the combinations right,” he added.

The teams are not well-versed with conditions in the UAE and many players are playing for the first time in the UAE.

“It has been different, and that’s been part of the challenge – understanding the unknown. We didn’t get off to a great start, with some positive Covid-19 cases, but I think we dealt with it very well.

“We were calm around our approach, looked after the players and staff very well, and the rest of the players were calm in the hotel room,” he added.

“There was a bit of anxiety wanting to get out and train. It is what it is, and the players dealt with it very well. On hindsight, the amount of pre-season training that we’ve done up to now, and the extra few days in the room, was probably a blessing.”

After arriving in the UAE, quite a few of CSK players and staff members contracted the virus, sending a wave of panic and despair across the team.

“That’s what experience is about and that’s why we value it so highly. And that’s why we’ve been able to get over the line in so many close games because the key player has been one with a lot of experience,” said the former wicket-keeper about the experienced players in the squad.