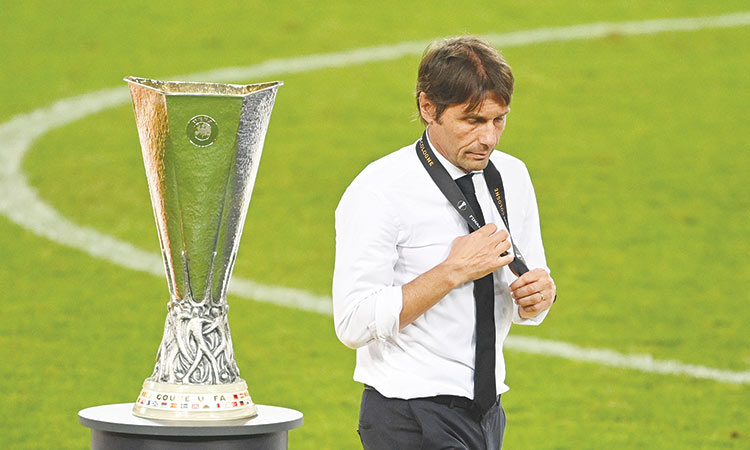 Antonio Conte led Juventus to the first three of their current run of nine straight league crowns starting in 2012 before moving on to coach Italy and Chelsea, taking over Inter in May last year. File / Agence France-Presse

Antonio Conte begins his second season as Inter Milan coach with a mission to stop his former club Juventus winning a 10th consecutive Serie A title.

Conte led Juve to the first three of their current run of nine straight league crowns starting in 2012 before moving on to coach Italy and Chelsea, taking over Inter in May last year.

The 51-year-old’s turbulent first season with Inter was played out against a backdrop of the coronavirus pandemic which caused havoc in northern Italy before spreading across Europe.

The fiery Italian looked poised to leave after a dramatic outburst following Inter’s Europa League final loss to Sevilla, despite finishing just one point behind Juve in the league.

“I’m not going backwards. I don’t want another year like that,” he said, blasting lack of support from team management.

Clear the air talks persuaded him the club’s Chinese owners shared his burning ambitions to lift a first Serie A title since 2010, the year of their historic treble under Jose Mourinho.

“I have never seen someone who works so hard, with such intensity, like Conte, this characteristic also unites us,” said Inter president Steven Zhang.

As Serie A returns behind closed doors this weekend, both Inter and Atalanta have been given a one-week delay because of their European exertions last month. Inter’s first match will be against Fiorentina on Sept. 26, followed by a trip to newly-promoted Benevento in their rescheduled opening day fixture four days later. Gian Piero Gasperini’s Atalanta meanwhile start at Torino a few hours before Inter begin their season and then travel to Lazio in their postponed first round match.

Juventus upheaval: Juventus kick off their campaign at home against Sampdoria on Sunday, the team against which they claimed their 36th title in July.

Coaching novice Andrea Pirlo, a former Italy and Juventus star, took over from Maurizio Sarri who lasted just one season on the Bianconeri’s bench.

The upheaval could give Juve’s rivals hopes of a changing of the guard.

A new centre forward is expected with Barcelona’s Uruguaya striker Luis Suarez reported to be set to arrive if he obtains an Italian passport, and possibly Roma’s Edin Dzeko.

Conte, meanwhile, will be counting on the attacking duo of Romelu Lukaku and Lautaro Martinez who so effectively the powered Inter attack last season. The other two Italian representatives in the Champions League, Lazio and Atalanta, have opted for continuity.  European Golden Shoe winner Ciro Immobile renewed his contract with Lazio until 2025 after banging in 36 goals last season, with Kosovo’s Vedat Muriqi arriving from Fenerbahce to support the Italy forward.

Atalanta’s Slovenin striker Josip Ilicic has returned to training after missing last season’s Champions League knockout stage in Lisbon due to personal problems.  Roma have changed ownership with US businessman Dan Friedkin now in charge of the capital side, who along with AC Milan are gunning for a return to the Champions League. 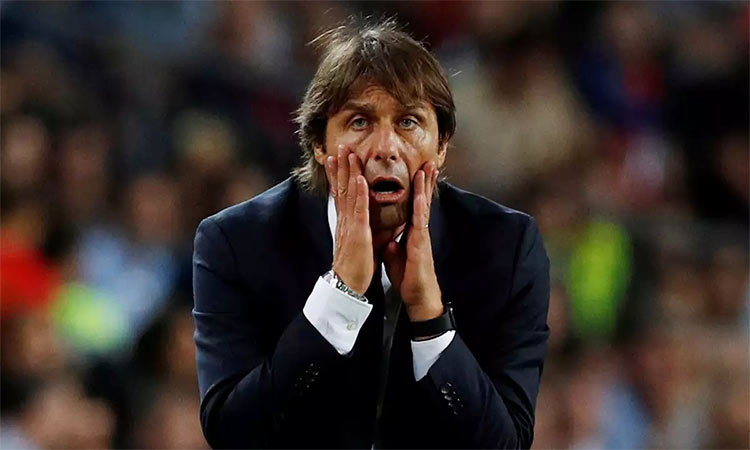 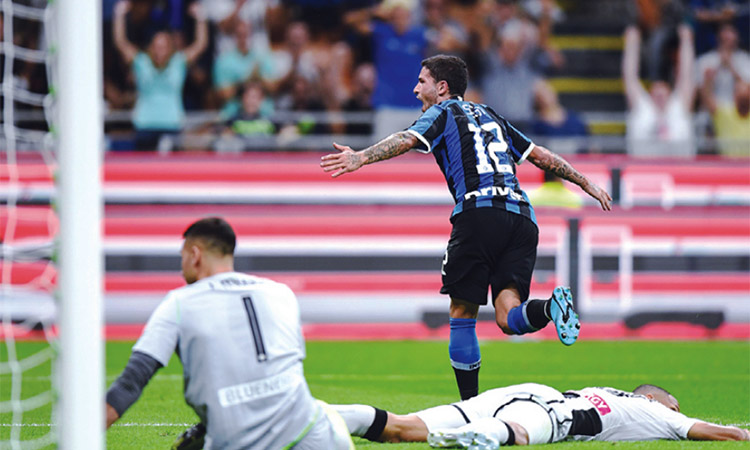