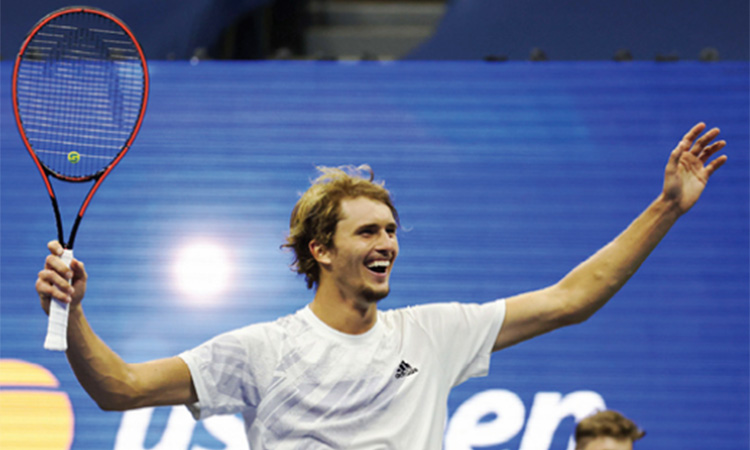 Alexander Zverev celebrates after beating Pablo Carreno Busta in their semi-final match of the US Open in New York on Friday. Agence France-Presse

Dominic Thiem of Austria will play Germany’s Alexander Zverev in the US Open final for their first Grand Slam titles after they won their last-four matches in contrasting styles on Friday.

It marked the first time in Zverev’s career that he came from two sets behind to win.

“I actually looked at the scoreboard when I was down two sets to love,” Zverev said.

“I was like, ‘I can’t believe it. I’m playing in a semi-final, I’m supposed to be the favourite and I have no chance, I’m playing that bad.”

Zverev made 36 unforced errors in the first two sets compared to just 12 for Carreno Busta as the nerves of the occasion seemed to get the better of him. But Zverev began to cut down on his mistakes in the third set, upping his service game and taking control of rallies with more powerful, accurate groundstrokes.

“I started taking the ball more on the rise. I started giving myself the chance to be the one that is aggressive,” said the German, adding: “I’m through to my first Grand Slam final and that’s all that matters.”

Carreno Busta said he had lost “a big opportunity” to reach a first Slam final.

“I made the semi-finals here. I know that is a good result, is a good performance, but now in this moment it’s tough,” he told reporters.

Zverev becomes the first German man to reach the final of a tennis major since Rainer Schuttler at the 2003 Australian Open.

This year’s US Open field has been depleted by the absence of Roger Federer and Rafael Nadal.

The tournament was blown wide open by the disqualification of  heavy favourite Novak Djokovic in the last 16 for hitting a line judge with the ball. It means Sunday’s final will see a first-time Grand Slam champion for the first time since Croatian Marin Cilic won at Flushing Meadows in 2014. It also means there will be a Grand Slam champion other than Djokovic, Nadal or Federer for the first time since Switzerland’s Stan Wawrinka won the third of his tennis majors at the US Open in 2016.

Thiem, ranked third in the world, will be playing his second consecutive Slam final after reaching the last-two at this year’s Australian Open.

He also lost in the French Open final in 2018 and 2019. Thiem’s semi-final score slightly flattered him. It was a high-quality affair that saw small shifts in momentum in both players’ direction at different stages. Ultimately the match was decided by Thiem winning points at key moments, with Medvedev squandering a 4-2 lead in the second.

He was also on set point while serving at 5-3 in the third set but Thiem won a 38-shot rally to take the game and bring the set back on serve before clinching the tie-break and the match.

SERENA SAYS NO TO ROME: Serena Williams meanwhile withdrew from the WTA clay-court tournament that begins Monday in Rome due to a left Achilles tendon injury sustained in her US Open semi-final defeat, the tour announced on Saturday. 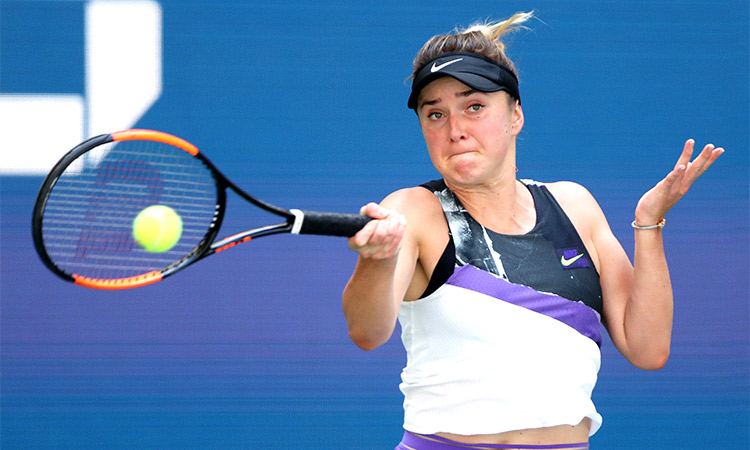 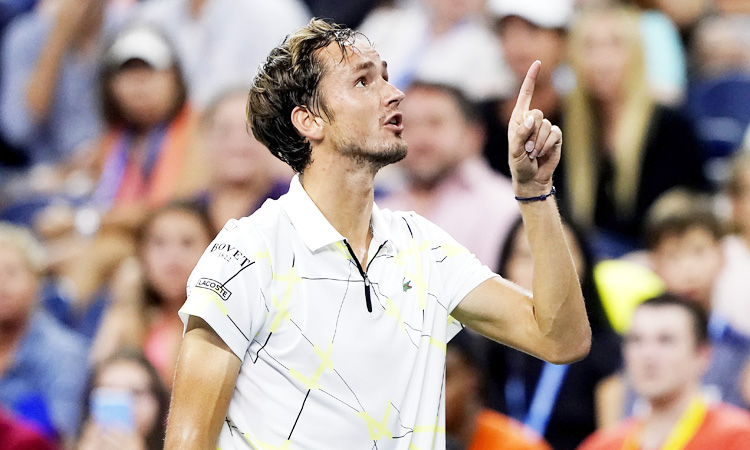 Medvedev vows to do ‘better’ after obscene US Open gesture

Daniil Medvedev said he was working to do “better next time” after his middle-finger gesture angered the crowd during his third round match at the US Open on Friday.