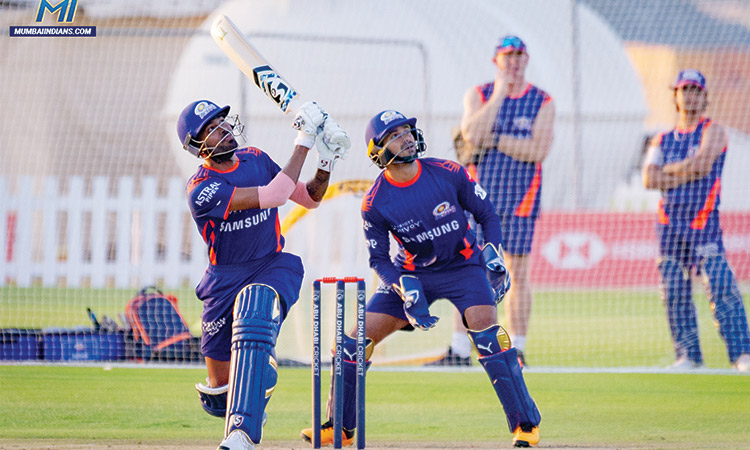 Defending champions Mumbai Indians shelled out a staggering amount of Rs 8 crore to rope in Coulter-Nile during the auctions last year.

Coulter-Nile will be part of a seam attack that has the likes of Jasprit Bumrah, Mitchell McClenaghan, Trent Boult and all-rounder Hardik Pandya.

Coulter-Nile was part of Mumbai Indians in 2013 although he did not get to play many games back then as the team won its first IPL trophy and also went to win the Champions League T20.

“Last time I was here it was a great experience winning the IPL and the Champions League. It was an absolutely great team I was involved with then,” Coulter-Nile said in a video shared by Mumbai Indians on their Twitter handle.

“Mumbai has got a world class bowling line up. Firstly I’m just trying to find my way into the team. I can bowl anywhere and maybe do a little bit of batting behind the likes of (Kieron) Pollard, Krunal and Hardik (Pandya). I like these wickets. These wickets suit my bowling. I trust my skills,” he said.

Mumbai Indians enter the world’s most lucrative tournament as the defending champions as the 13th edition begins on Sept.19 in the UAE . Under the brilliant leadership of Sharma, Mumbai have won trophies in 2013, 2015, 2017 and 2019.

CSK has been tight-lipped about a replacement ever since senior-pro Raina decided to fly back to India and give this year’s IPL a miss citing personal reasons but on Friday reports emerged that No.1 ranked T20I batsman Dawid Malan, who has been in fantastic form of late, might replace the former India batsman.

Viswanathan, however, denied the reports saying that the foreign quota of eight players in the CSK squad is already full.

I’d put Rayudu in Raina’s No.3 spot at CSK: Styris: Former New Zealand all-rounder Scott Styris says he would go for Ambati Rayudu to replace Raina at No.3 for CSK.

Styris said that despite the depth that CSK have in their squad, it will be a tough task to replace Raina, who is the highest run scorer in the competition for the three-time champions. “Personally, I’d put Rayudu in there to take that spot,” Styris said on Cricket Connected show on STAR Sports.

“Tough one, isn’t it, a player of that class, a player who has been so good for so long. He suddenly finds those runs, even in the field and [can bowl]; it’s going to be a big task [to replace him].

“I know that the CSK squad is deep, they’ve got a lot of options at the top, but I also believe that as much as the pressure is now on to find that No. 3, it’s just probably the most challenging time that I can look for anyway for CSK,” he said.

With CSK’s veteran spinner Harbhajan Singh also opting to sit out, Styris felt that it will be up to captain MS Dhoni and coach Stephen Fleming to keep the group together. While Rayudu is his option, he felt that the person who fills the vacant No.3 spot depends upon what the team wants from that position.

“A couple of options they could go with, the two overseas players at the top and bring in the youngster [Ruturaj] Gaekwad as well or they may decide to have a pitch-hitter. I know that Simon Doull, my fellow New Zealander, felt that Mitchell Santner could go to the top. Maybe even someone like [Ravindra] Jadeja, too, who we have seen in India colours, has been so good, so they need to find that No.3,” he said.

The 2020 edition of the IPL will be played in three bio-secure venues in the UAE. CSK will be playing the season opener against defending champions Mumbai Indians in a repeat of the 2019 final.