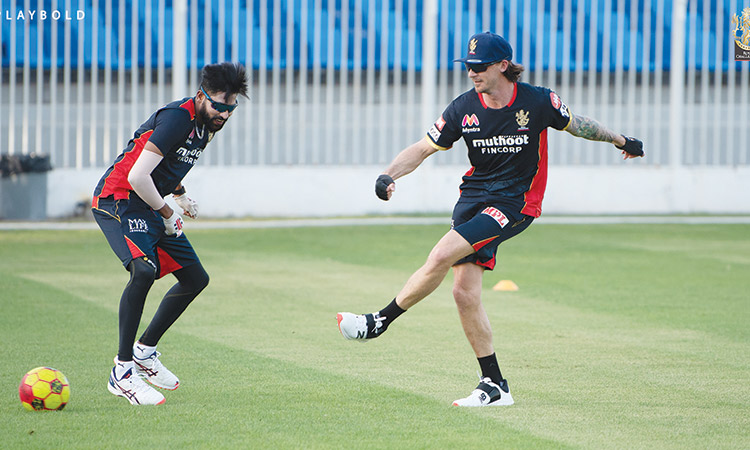 Dubai: As the Royals Challengers Bangalore (RCB) set out in their quest for an elusive maiden Indian Premier League (IPL) title, Mike Hesson, Director, Cricket Operations, explained the role of bowlers in the upcoming tournament.

He also elaborated how important the role of the spinners in these conditions will be  and how different it will be from India for the slow bowlers.

“On certain grounds yes. It depends on many things, like in Abu Dhabi, seamers had played a big role. In the bigger grounds spinners come into play on certain occasions, probably it does not spin as much here (Abu Dhabi) as in the other two grounds (Dubai and Sharjah).

“The ball skids in Abu Dhabi and we need the ability to adjust to conditions on a given day as well,” said Hesson on RCB’ Bold Diaries, which was posted on the team’s official Twitter handle.

“We have a lot of information on these grounds. Probably, they need to go out and judge the conditions. It will play an important part.

“Chinnaswamy in Bangalore is little different from here. It is great batting wickets. The ball skids nicely, with small boundaries. A lot of high score games. Here in the UAE, I think on some grounds 150- 160 will be a good score. All three will be slightly different,” informed the former New Zealand bowler.

RCB’s story has been that of so near but so far. The star-studded squad, which features players like Virat Kohli and AB de Villiers, has been two times finalist but never won the title.

RCB have not been able to live up to their reputation in the last few seasons. They were the runners-up in 2016. Since then they have not been able to make it to the play-offs. Hesson explained how the team management has taken every bit of information into consideration in preparation for their maiden IPL title push this season.

“Yes we speak a lot of times as you do in any sports. Post the last year run, leading up to the auctions, we were working on our weaknesses and strengths.

“Where we are strong and what we need to retain and what gaps we need to fill. We spent a huge amount of time in identifying those players as well.

“But probably the more important was their roles. I think a lot of talk was around finishing the innings with the ball in the past. We have identified our death bowlers in that space,” he added.

Without naming anyone in particular, Hesson dropped the hint that the inclusion of the South African quick Chris Morris provided the team a potent bowling attack.

RCB look one of the most serious contenders this time around with a stellar line-up which looks well balanced with world-class batsmen and bowlers, who can change the complexion of the game at any point of time.

“We have got some really good experienced players. We have some fields where we can still improve. Already made them better, a year wiser and a year smarter.

“It is completely different conditions here now. In terms of bowling in the death overs in Abu Dhabi will be quite different than bowling at the Chinnaswamy.

“We also need to maximise the playing room. You certainly can’t talk about one or two players in particular. For us, it is important to perform as a team, we are certainly going to rely on the whole squad.

“We got to rely on some players, who may be haven’t done that massive job in the past, haven’t stood up to the challenge and sort of that. We will give them the opportunity and certainly back them as well,” he added.

Pattinson was signed by MI as a replacement for Sri Lankan fast bowler Lasith Malinga, who will miss the 13th edition of the league because of personal reasons.