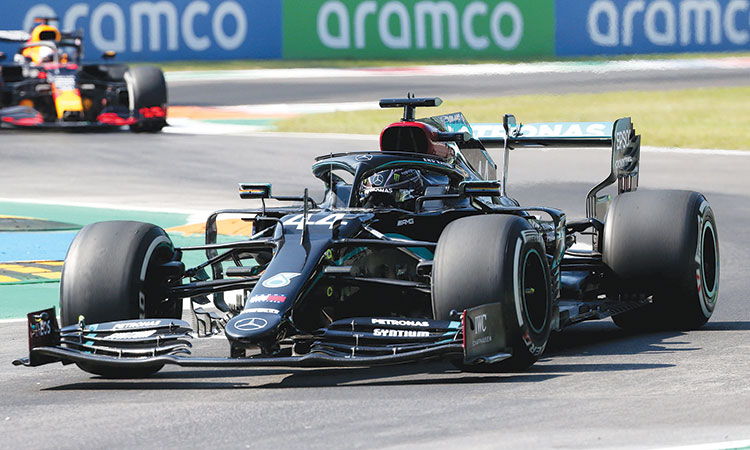 Mercedes’ driver Lewis Hamilton in action during the second practice session at the Autodromo Nazionale circuit in Monza on Friday. Agence France-Presse

Monza: Lewis Hamilton topped the times in Friday’s second practice for the Italian Grand Prix and then warned that qualifying on Saturday would “be a nightmare” as drivers slow down and jostle to find a slipstream.

The championship-leading Mercedes driver, who outpaced team-mate Valtteri Bottas by nearly three-tenths of a second, said he anticipated a similar scenario to last year when most drivers backed off so much they failed to clock a final fastest lap.

“It was difficult in the past,” said Hamilton.

“Obviously, we didn’t even get to do the last lap last year so I think it’s going to be interesting.

“I heard they might put in place a (maximum) time that we have to do in our out-lap so maybe that will help, but I still think it’s going to be a nightmare in the last corner with everyone trying to get a gap.

In 2019, the qualifying session ended in a fiasco that provided no real racing entertainment for the fans, but this year, without spectators, that risk is at least removed although 15 cars were bunched up running slowly on Friday.

That was in spite of announcements by the stewards and Race Director Michael Masi not to drive slowly.

Ruling body, the International Motoring Federation (FIA), told drivers they are going to be required to observe a maximum time between two points on the circuit, in a bid to eliminate the problem.

Hamilton, however, said this could still create a messy scenario because so many drivers will be looking for a chance to catch a slipstream leading into a fast flying lap.

He said he felt that he had found some improvements from first to second practice.

“In first practice, it didn’t feel great,” he said.

“But that’s because it’s all low down-force here so there’s a lot a sliding around. I think in second practice we found some steps in the right direction so I think it’s going to be close between a bunch of people.”

Hamilton responded to Bottas’s best lap in opening practice by clocking a best lap in one minute and 20.192 to outpace him by 0.262 seconds ahead of Lando Norris who was third for McLaren, nearly nine-tenths adrift of the leading pace.

Pierre Gasly was fourth for Alpha Tauri, like Norris having overcome reliability issues during the session.

Verstappen, second in the title race 47 points behind Hamilton, was disappointed with his day during which he spun and crashed at the Variante Ascari in the morning.

“Not a good day,” he said. “We’re struggling with balance and grip in general, so there’s quite a bit of work to do.”

He said he spun because he was pushing too hard.

“I was just trying to find the limits,” he said.

“Sometimes, you just let it run wide and in practice it doesn’t really matter.”

Four-time champion Sebastian Vettel was 12th in the second Ferrari as the Italian team improved on their ignominious display in Belgium. 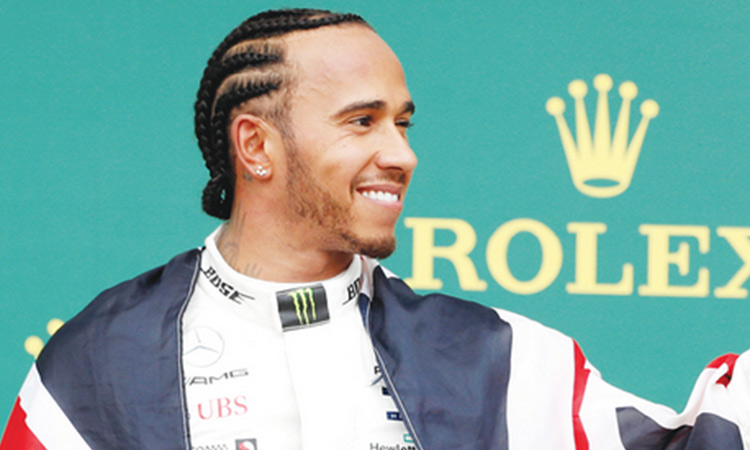 Lewis Hamilton has become synonym with racing, either it is on or off the track. He is racing against ‘time’ itself to be fit for the season-ending Formula One finale in Abu Dhabi, having missed Bahrain GP after testing positive for COVID-19.