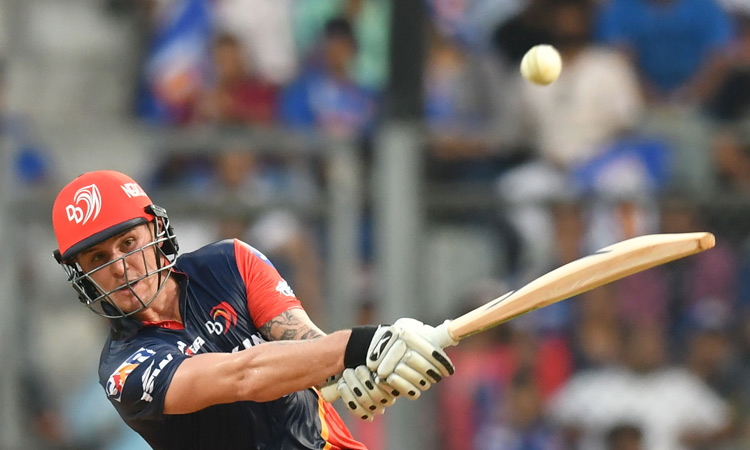 Jason Roy plays a shot during the 2018 IPL match between Mumbai Indians and Delhi Daredevils at Wankhede Stadium. AFP

Run-blasting Roy was on Thursday ruled out of England's T20 series against Pakistan after sustaining a side strain. However the Delhi Capitals said he had opted out of the IPL "for personal reasons."

"The IPL is a huge platform for any cricketer, and back home, we all follow the tournament extremely closely every year," said Sams, 27.

"I feel fortunate to be a part of it this year... I can't wait to join the rest of the players in the UAE," he was quoted as saying in a statement by the franchise late on Thursday.

Ahead of the tournament's start on Sept.19, all eight IPL teams have reached the UAE where they are required to undergo a period of quarantine in their hotels.

The IPL, originally scheduled to start in March, has been moved from India because of the rapid spread of the coronavirus across the country, the third worst-hit in the world behind the US and Brazil.